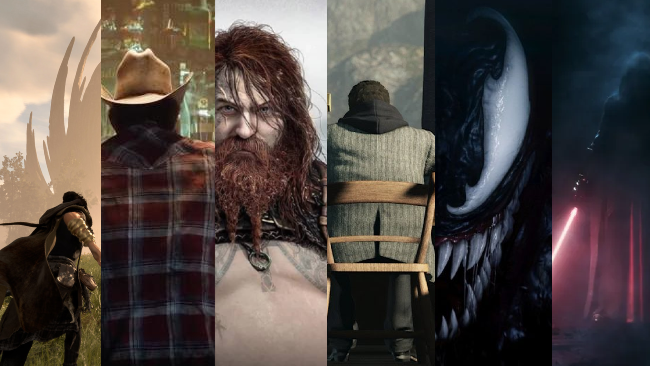 Sony avoided E3 in June and had very little presence at Gamescom in August. Instead, Sony hosted their own PlayStation Showcase in September to show all of the games they’d been working on and they were the games PlayStation players were waiting for. We also saw the ripple effects of hacking and data mining.

The September PlayStation Showcase was the biggest event from Sony for an entire year and they made use of this by announcing several major PlayStation exclusives. These included Star Wars: Knights of the Old Republic remake, Uncharted: Legacy of Thieves Collection for PS5, Marvel’s Wolverine, Marvel’s Spider-Man 2, and Tchia. Vampire The Masquerade: Bloodhunt was also announced for PS5 although will not be exclusive.

Aside from the announcements, there was plenty of footage for other upcoming titles like God of War Ragnarok and Ghostwire Tokyo, as well as a delay for the PS5 version of Grand Theft Auto V. The showcase was a hit, with videos spawning millions of views in just 24 hours. God of War Ragnarok proved to be the most popular trailer, closely followed by the reveal of Marvel’s Spider-Man 2. There were some notable omissions, though. inFAMOUS, Crash Bandicoot, and Final Fantasy XVI were just some of the titles expected to be there that didn’t show up.


Alan Wake Remastered Coming to PlayStation for the First Time

Although the game also appeared at the PlayStation Showcase, Alan Wake Remastered was announced earlier in the week. The game that was previously Xbox exclusive would finally be making its way to PlayStation 4 and PlayStation 5. The remaster kept the story from the original game but added improved graphics, character models, and cinematics “with some choice next-generation upgrades”. While the game had a good start and sales were going well, Remedy clarified they currently have no plans to remaster Alan Wake’s American Nightmare, so that game will remain Xbox exclusive for now.

A GeForce Now user unlocked the program and accessed NVidia’s internal database, single-handedly uncovering a list of thousands of titles that included plenty of unannounced games. This included games like Kingdom Hearts IV, a new BioShock title, and Resident Evil 4 Remake. Usually people wouldn’t take much notice of this seeing as a lot of them will be placeholders or canceled projects, but a lot of them have also turned out to be true. We’ve since seen Outcast 2, Sniper Elite 5, Uncharted: Legacy of Thieves Collection, and God of War for PC as just some examples. Many are hoping some of the other titles turn out to be true too.

First-Party PS4 to PS5 Upgrades Will Not be Free

Guerrilla Games announced the special editions of Horizon Forbidden West in September. The only problem was the ability to upgrade from the PlayStation 4 version to PlayStation 5 was locked to the more expensive editions. After an outcry from gamers, Sony backtracked and announced that upgrading would be free for all players. However, future upgrades for all first-party titles will cost $10. The reasoning for this is that the free upgrades was only ever supposed to be a launch offer, and with the PS5 console now being over a year old, we’re no longer in the launch window. Jim Ryan was very apologetic, though.

Metal Gear is Hideo Kojima’s most famous franchise, yet that very nearly didn’t happen. Apparently Kojima didn’t want Metal Gear to become a long-running franchise “like Final Fantasy” because he wanted to make a different game. However, because the game had been a hit, publisher Konami insisted he continue to work on the franchise because players wanted a sequel. Eventually it seems like Kojima got his way and he departed from Konami to form his own studio. His last title was Death Stranding, but ironically it seems like that game may be getting a sequel too.

There isn’t anything else quite like Deathloop. It’s a riveting detective mystery, plays with time loops in unique ways, and never feels like it slows down, even in those stealthier moments. It’s a game that’s thought out top-to-bottom, with two perfect leads heralding the charge and a unique multiplayer component that feels central to everything that Deathloop is, without ever getting in the way. Whether you’re looking to break the loop or preserve it, Blackreef is certainly worth the visit. You may find yourself as stuck there too.

Tune in later as we investigate October. The year may now be getting quieter but that doesn’t mean we don’t have more interesting news stories, anecdotes, and games of the month. In case you’ve missed them, you can check out previous months below: