With January 1 fast approaching, 2021 will soon be just another year gone by. Many will already be looking to the future, but we’ve decided we’re not going to do that just yet; instead, we’re going to look back over 2021 and pick out some of the biggest and/or most interesting stories of the year, starting with the month of January. 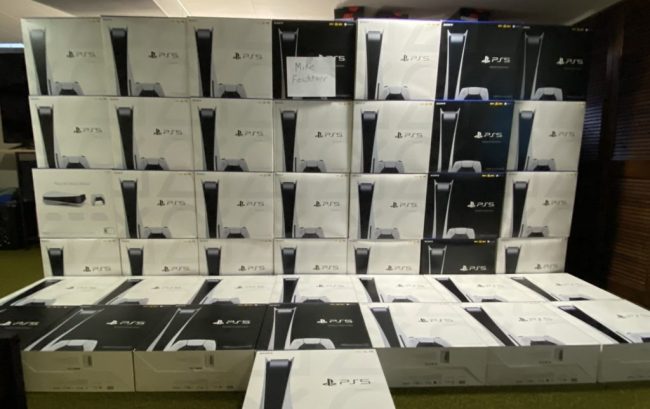 As the new year began, PlayStation 5 and Xbox Series X|S consoles continued to be in short supply. With many people missing out on getting one for the holiday season, it’s no surprise that January’s headlines continued to be dominated by the public enemy #1: scalpers. Their claims had already become outlandish before the year had ended, but when a UK scalper group known as Carnage claimed they’d grabbed 2,000 PS5 consoles in one day at GAME, there were cheers when GAME fought back and stopped them in their tracks. eBay also removed listings they believed were fraudulent.

While bots continued to remain a problem throughout the year, the scalper groups soon learned that if they wanted to avoid the ire of gamers, they were better off keeping quiet. They even tried to complain they were being vilified and their “incredibly valuable industry” was just a simple business that resells products. Nobody believed them and countries like the UK considered introducing legislation to ban the practice.

If it’s any consolation, Sony Interactive Entertainment’s Chief Executive Officer Jim Ryan expressed how frustrating an upsetting he found it “when resellers and bots manage to get their hands on stock“. Unfortunately ongoing component shortages means supplies of PS5 consoles are unlikely to meet demand until way into 2022.

Sony Ends Production of All but One PS4 Model 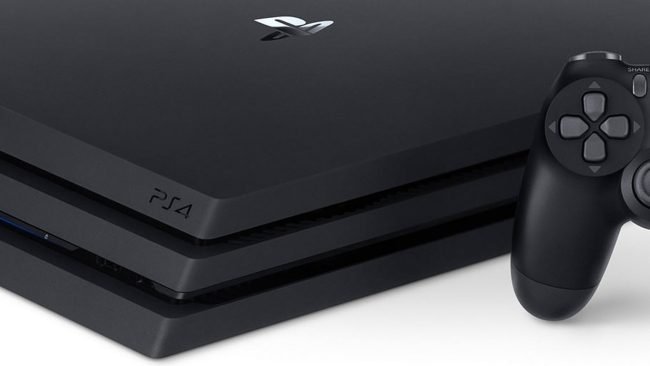 The console situation wasn’t helped when Sony announced they were stopping production of all models of PlayStation 4 consoles in Japan with the exception of the Jet Black 500 GB Slim. No announcements were ever made for other countries although the PlayStation Direct website in the west also mentioned the PlayStation Pro would no longer be in stock. The original launch PS4 had already been discontinued and this would mean the PS4 Pro and other slim models were to follow suit. New PlayStation 4 consoles are now very difficult to find online and it seems like PS4 consoles were discontinued worldwide. 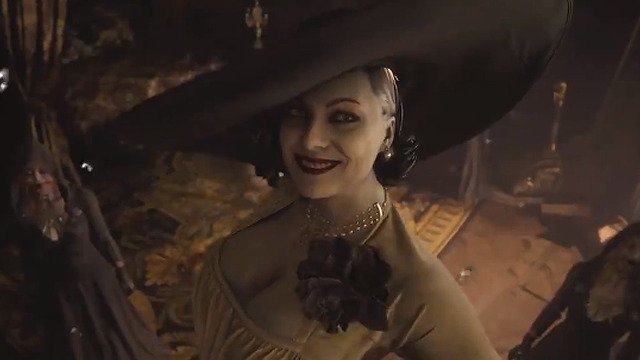 Towards the end of January, Capcom released a demo for Resident Evil Village. The PS5 exclusive Maiden demo put players in the shoes of a maiden trying to escape Dimitrescu Castle, but the character that really captured the attention of players was Lady Dimetrescu. Between her and her three daughters, they promised to haunt Ethan and do their very best to prevent him from locating his daughter. The 9ft 6″ tall castle resident caused a flurry of fan accounts and memes, all of which pleased the developers immensely, even if art director Tomonori Takano was initially taken by surprise. 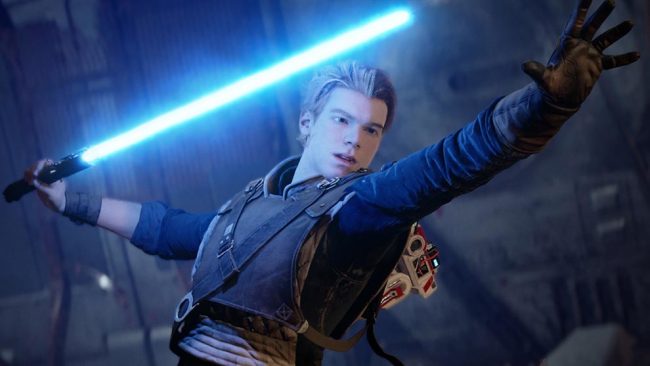 After the last few years had produced a mixed bag of Star Wars games, Disney revealed that all officially licensed Star Wars games would now be housed under the Lucasfilm Games banner. With EA’s 10-year contract exclusivity for Star Wars games due to end in 2023, players wondered what this meant for the franchise. They were soon to find out. Just two days later, Ubisoft announced a Star Wars game of their own to be developed by Ubisoft Massive Entertainment on the Snowdrop engine. The day after, EA declared they would continue to make games in the franchise and are curently rumored to be working on a sequel to Star Wars Jedi: Fallen Order.

Later on in the year, Aspyr Media would confirm they were remaking Star Wars: Knights of the Old Republic “from the ground up with the latest tech to match the groundbreaking standard of innovation established by the original.” Quantic Dream would also announce Star Wars: Eclipse set in the High Republic. It also turned out the Lucasfilm Games banner would cover other franchises too, as MachineGames’ officially licensed Indiana Jones project was brought into the fold.

Perhaps the most disastrous launch of 2020, Cyberpunk 2077‘s saga continued. We heard how the game’s development had been in trouble for quite a while, with blame being thrown in all different directions. CD Projekt RED faced accusations of faking the game’s E3 2018 demo, another lawsuit from their own investors, and the threat of receiving a fine from the Polish Office of Competition and Consumer Protection. The PS5 and Xbox Series X|S versions were pushed back to later in the year. Despite having no knowledge of when the game would return to the Playstation Store, they started releasing patches to fix the game’s issues, one of which then introduced a game-breaking bug. And this was all in a single month.

Things did start looking up later on in the year. The game had the biggest digital launch ever, eventually reaching a total of nearly 14 million copies sold with refunds having relatively little impact. The game returned to the PlayStation Store albeit with a warning, although CDPR claimed the game had reached a satisfactory level of performace and stability after many patches. They even began to release free DLC, although we’ll see nothing else until next year. That includes the versions of the game for the latest generation of consoles, which were delayed until at least the first quarter of 2022. 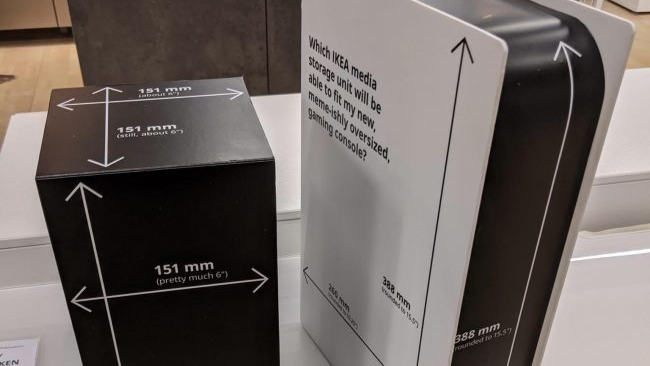 You can’t be serious all the time, and gaming does have a tendency to occasionally throw up the interesting and/or downright bizarre stories. Our favorite anecdotal story in January came from Ikea. Yes, that furniture store. You see, they recreated the PlayStation 5 and Xbox Series X consoles for their store displays so customers could try to fit them into their preferred choice of storage unit. The PS5 replica even displayed a message: “which IKEA media storage unit will be able to fit my new, meme-ishly oversized, gaming console?” They had measurements of height, width, and length in centimeters and inches, sometimes with a little bit of commentary. The good news is scalpers haven’t managed to get their hands on these yet. 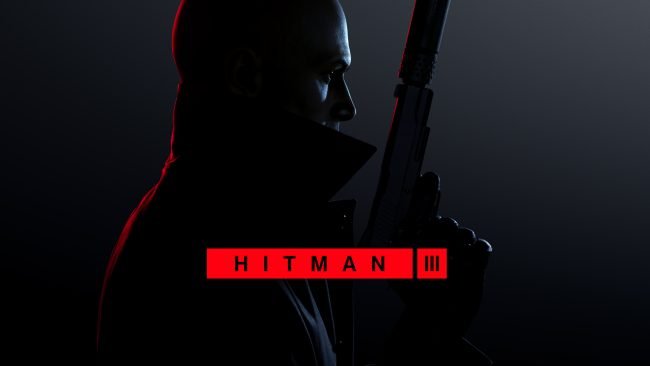 Hitman 3 is Agent 47’s best outing in the trilogy. The game is a glorious romp through six beautiful maps, leaving a trail of bodies in your wake. The many varied ways to deal with targets means replayability is a joy and exploration is fun. The game’s core may not have changed over the last few years, but that’s why it works so well. Agent 47 might be taking a break for now, but IO Interactive is on a roll and only time will tell if their next project is as good.

Tune in later on for another look at news from 2021 as we move into February.

The post 2021 Year in Review: Scalpers Dominate the Headlines While Lady Dimitrescu Towers Over Them All appeared first on PlayStation LifeStyle.

God of War PC Mods Are Both Creepy and Funny