A Juggler’s Tale is a cute little side-scrolling indie puzzler clearly influenced by the likes of Playdead’s Limbo and Inside. Abby, a marionette attached to strings, must escape her life of slavery at a circus, but is she really free, or do her strings still hold her back? While A Juggler’s Tale makes an admirable effort, but it never really reaches the peaks of the games that inspired it.

A Juggler’s Tale can easily be completed in under two hours, and that’s even if you spend some time trying to figure out the puzzles along the way. With a guide, and/or knowledge of the game, I can’t see a full playthrough of the game’s five acts clocking in at much more than an hour. It begins on a stage, as our narrator tells the tale via a puppet show. Abby escapes her life of confinement, held captive by an evil ringmaster, but her newfound freedom quickly shows that it’s not just the ringmaster who was holding her captive.

The dynamic with the narrator/puppet master is an interesting one the lends itself well to the deeper narrative themes that A Juggler’s Tale has. At times Abby will be “helped” in impossible situations, with the narrator trying to express how much Abby needs her strings; needs him. Exuding a blend of Peter Capaldi and Christopher Lloyd, the narrator goes from endearing rhymes, to perhaps something a bit more sinister as the game goes on. 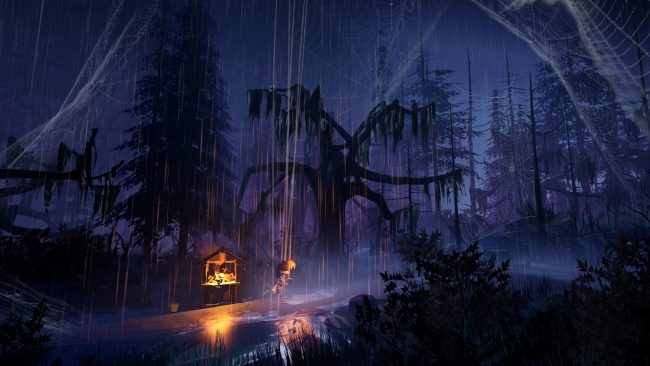 His narration is largely delightful at times, though some poor structure, diction, and cadence make for off-putting rhymes. He’ll occasionally rhyme words that don’t work in pair, making me wish for a different lyric there. Early instances of this grating lack of attention to poetic meter make the latter half of the game—where the narrator is supposed to be a bit more flustered while attempting to maintain poetic form—less impactful. It still works well enough all around, and I understand that poetry lives and breathes on the moments that break that poetic form, but some lines had me raising an eyebrow to my screen wondering if that was really the rhyme they were choosing to go with.

Mechanically, the game plays much like the aforementioned Playdead titles. Abby is relatively slow moving and the focus is more on moving through beautiful environments and the puzzles, rather than on any significant platforming. The puzzles are largely simply affairs—pull a lever, wait for a thing to happen—but some solutions can be so obtuse an unobvious that it seems like A Juggler’s Tale wants you to fail and use trial and error to get through them. There are rarely obvious indicators for where Abby will fail or die, and it takes a few times trying and reloading before there’s an understanding of the mechanics involved.

On particular puzzle solution was so hidden in a darkened corner (as well as behind a red herring solution) that I spent nearly 20 minutes trying multiple ways to get past something that should have taken 20 seconds. It involved lots of waiting for guards with lanterns to move out of the way too—an annoying mechanic within puzzles where the player’s agency and action is taken away for the simple act of “waiting.” Eventually when I did finish it, it was only because I had run past the apparent checkpoint, got caught by the guard, then it glitched me to the checkpoint with what the real solution was supposed to be, something I never even considered. There was no aha moment. I was just frustrated the solution was so buried in the environment and obtuse. 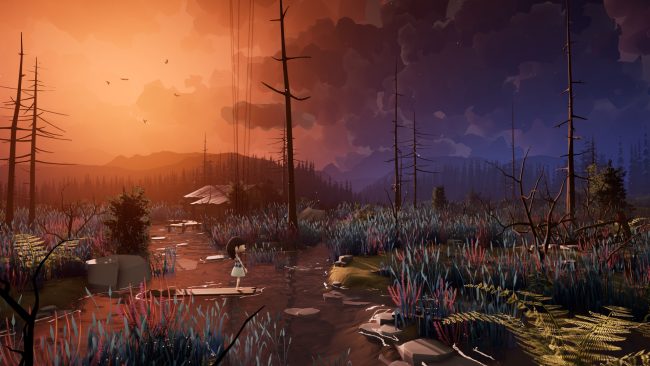 Other puzzles and encounters have such precise timings and mechanics that it’s almost impossible not to get caught or fail numerous times just because you set out a split second too late. In one where I was being chased by a boat that I was supposed to get to go down a whirlpool, doing the thing to get the whirlpool to stop was agonizingly difficult to do in the short window allowed. I ended up finally getting this one done quite by accident. I don’t want to feel relieved when I finish a puzzle. I want to feel accomplished and smart.

That’s not to say that all the puzzles are bad, but it’s quite noticeable that the game’s overall runtime is dramatically extended based on how long you spend on the particularly frustrating ones. Other times A Juggler’s Tale makes clever use of Abby’s strings to either block her route or affect things in the environment, which is the game’s biggest unique point. However don’t expect an escalation of these mechanics in significant ways. Its short runtime leaves some of the simple puzzles wanting for more, and some of the more drawn out scenes feeling a bit too self indulgent.

A Juggler’s Tale is enjoyable for what it is, but it doesn’t quite reach the particularly memorable nature of similar indie games it so obviously takes inspiration from. There’s a great introspective narrative with some brilliant themes regarding personal freedoms and cutting the strings of toxic relationships throughout, but a short runtime and occasionally obtuse puzzles and mechanics leave it feeling a bit more tangled up than it should by the end.

The post A Juggler’s Tale Review – Tangled Up In Strings (PS5) appeared first on PlayStation LifeStyle.