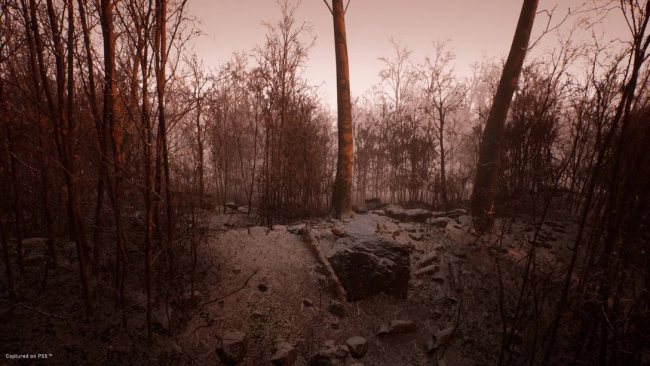 NME spoke to Kahraman to “set the record straight.” Despite initially calling Abandoned a “a cinematic first-person horror survival shooter” in its announcement, Kahraman is now leaning away from defining it as horror, perhaps in an effort to distance it from the conspiracies. “Abandoned is a shooter/survival game,” he said. “It has some horror elements in it but it’s not really a horror game. It’s not what people think—that it’s Silent Hill.”

NME claims that Kahraman gave them “an exclusive rundown of Abandoned including plot details, how it plays—just about everything we could ever want to know” in order to debunk the conspiracies and rumors. “One thing we can say is that Abandoned is absolutely not what you think it is. Not even close,” NME said. They say that the core conceit of the game Kahraman described to them is survival, and that it doesn’t have nearly as many horror elements as a game like Silent Hill or Alan Wake.

The unique nature of Abandoned reportedly comes in how gameplay is affected by various different things. Sprinting or taking damage may affect your aim; fear can also impact what the character does. Kahraman says that its all “achieved by high-end motion capture.” He continued, “We do motion capture ourselves, and we create systems for the game based on animation data.” He goes on to say that it makes exploration, receiving damage, survival, and “you just play the game…in a whole different way.”

That’s part of the reason the Abandoned Realtime Experience app still doesn’t have a “real” trailer—instead relying on five seconds of teaser footage for its launch. Kahraman admits that the app has been a disaster. “People are really disappointed,” he acknowledges.

Kahraman claims that they had to cut some footage from the opening teaser, which is why it resulted in the teaser being the same video that got posted to Twitter.

Basically, we had to cut out some footage from the opening teaser and I knew that it wasn’t a good idea to use the same footage that we had on Twitter and put in there, because it’s literally just four seconds of footage and it doesn’t give much. But we needed to do this because people wanted to have a patch, right? That was our first priority—just get the patch out there because we will be adding more content later.

In the multiple delays leading up to the patch that set the short teaser live, investigations appeared to dig up what seemed to be multiple previous failed or abandoned projects from BLUE BOX. The studio sent out a tweet during this time insisting that it was “100% real.” Those tweets regarding the issues that BLUE BOX faced with the app have since been deleted. Nonetheless, people have been using BLUE BOX’s history and the issues with the app to question the legitimacy of the studio and Abandoned, wondering if the game will share the same fate as the developer’s past projects.

The nebulous narrative around Abandoned and BLUE BOX has been the source of contention and conspiracy since Kahraman first appeared on the PlayStation Blog to reveal Abandoned back in April. For months now, there has persisted a conspiracy that BLUE BOX and Abandoned are stand ins for Hideo Kojima working on a Silent Hill game, in a similar ruse to what Kojima used to announce Metal Gear Solid V: The Phantom Pain. Despite repeatedly denying any connection Kojima, Konami, or Silent Hill, the theories about BLUE BOX have persisted.

And amid them all, on top of the recent issues with the PS5 app starting a whole new narrative, it’s really weighing on Kahraman. “I’m really depressed right now,” he said to NME. “I can’t sleep, I can’t eat. The biggest thing that’s bugging me is just that people are labelling us as scammers. That is the big thing that really, really hurts me. Because that is not my intention at all, you know?”

Kahraman is adapting to how fans are reacting, however. “We don’t want the same mistakes—we don’t want to announce a date and then make it really tight again for us,” he said. Still he does hint that the first cinematic trailer will be coming to the Abandoned Realtime Experience app “really soon.” The team was first aiming for gamescom, but he’s not making any promises. And that “playable prologue” that was revealed? It’s apparently coming “a short time after the Cinematic reveal,” but again, he stops short of tying himself to a specific date or timeframe other than “soon.”

Additionally, after theories bizarrely shifted to Metal Gear Solid thanks to a blurred image of a man with an eyepatch—something that Kahraman and NME says is not accurate at all—Kahraman promises no more blurred images. “People misunderstood that, so from now on we’re not going to blur anything anymore.” Notably, we should point out that the Abandoned Realtime Experience app includes at least two blurred images at this time, which appear to be rooms with a door. The man with the eyepatch is apparently Abandoned’s antagonist, “a MetaHuman-powered character.”

Though the creator has multiple times referenced his “team,” Kahraman is the only BLUE BOX employee that we publicly know of, as well as confirmation from outsourcing studio NUARE that they are contributing at least something to the project. The extent of their involvement is not known. Kahraman says that the conspiracies and accusations of  being “scammers” is causing people working on the game to keep their heads down for now. “It’s not fun being labelled as a scammer, right? So, yeah, that’s the reason why people don’t feel comfortable right now showing their faces or even publicly announcing that they’re involved with Abandoned.” Still, many feel that seeing a wider presence of people who are working on the game would help dispel many of the conspiracies that continue to persist.

Abandoned continues to be a curiosity for many, frustrating for some while intriguing for others, though its creator continues to insist that it’s not what you think it is—whether that’s Kojima conspiracy or a scam. For now, that curiosity will have to go unsated until such time that we finally get the first cinematic reveal of the game, which is apparently coming “really soon.” Hopefully it will provide more answers and a clearer, unblurred picture of just what Abandoned actually is.