Publishing giant Activision Blizzard and indie developer Randy Ficker are duking it out in a court over the “Warzone” title.

As reported by The Washington Post, Ficker launched a mobile game called Warzone back in 2017 as a follow up to his million-player indie, Warlight. He spent nearly $60,000 on purchasing the Warzone domain and the legal fees associated with it, and spent three years of his life on the title. Then came Activision juggernaut Call of Duty: Warzone.

“I didn’t understand the significance of it at first,” Ficker told The Washington Post. “I’ve never had any trademark disputes before…I’m just a game developer. It didn’t really bother me until I found out they [filed] the trademark for ‘Warzone,’ so I contacted a trademark lawyer.”

Ficker opposed Activison’s trademark application, resulting in both parties going back and forth with each other. His lawyer sent a cease-and-desist letter to Activision, following which negotiations began. The publisher offered Ficker a meager $10,000, which he refused, due to which Activision took him to court and is also demanding that he pay the company’s attorney fees and costs.

“The defendant named in this suit has baselessly threatened the company,” Activision told The Washington Post. “We do not infringe upon his intellectual property. We are filing this action so the court can reject his frivolous and irresponsible claims.”

Legal experts have said that the outcome of this case will set a precedent for how trademark disputes are approached when smaller developers are up against major companies. Ficker has set up a GoFundMe campaign to help fight the case.

The post Activision and an Indie Dev Are Embroiled in a Legal Battle Over ‘Warzone’ Trademark appeared first on PlayStation LifeStyle.

Psychological Thriller Alfred Hitchcock – Vertigo Announced for PS5 and PS4, Out This Year 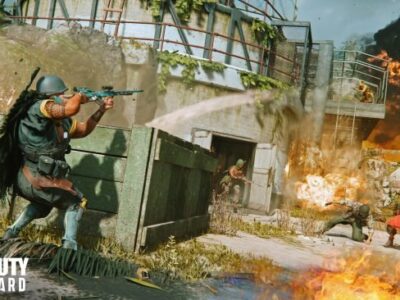