Just over a week ago, Activision Blizzard was slapped with a lawsuit from the California Department of Fair Employment and Housing. The lawsuit, which followed more than two years of investigations into the company, alleges a “frat boy” culture that discriminates against women. Court documents revealed allegations of everything from unequal pay and opportunities to blatant sexual harassment and assault, one instance even leading to the suicide of an employee on a work trip. Now, despite not making any huge moves to meet its employees’ demands, Activision Blizzard seems ready to be done in the spotlight as it starts to shift back to “business as usual” following a week of relative silence from its assorted brands and games.

Shortly after the lawsuit was made public on Wednesday, July 21st, executives at Activision Blizzard made rather dismissive statements denying the allegations and defending what they claimed was the company’s ability to provide a space and processes to handle these kinds of issues internally. Employees at the company were overwhelmingly dissatisfied with the initial corporate response, which led to thousands of current and former Activision Blizzard employees signing a letter denouncing the way that executives had reacted to the lawsuit.

During this time, all Activision Blizzard social accounts, including developers and games under the publisher’s vast umbrella, went completely silent. Accounts like Call of Duty developer Treyarch or the Overwatch Twitter that would normally be hyping playlist changes and other game updates daily hadn’t said a word since the 21st. The games themselves continued operation as normal, but the social presence of Activision Blizzard fell dark in the wake of the lawsuit and the horrific allegations it contained. 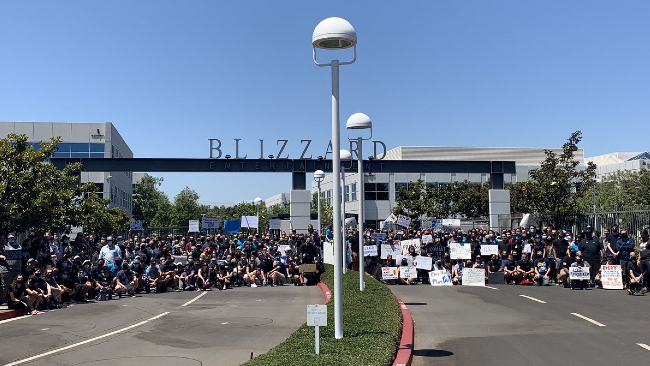 Activision Blizzard employees then planned a walkout for Wednesday, July 28th. They penned a letter of intent with four main demands, including ending forced arbitration and asking for a seat at the table when it came to decisions that were made around creating a safer and more equal culture. The night before the Activision Blizzard Walkout, CEO Bobby Kotick sent an email to the company’s staff calling previously dismissive executive comments “tone deaf,” and appearing to make some promises for change. Employees, while happy with the change in tone, noted that none of their specific demands had been met or even addressed.

One of the requests was an employee selected third-party that would audit the company’s hiring practices and other policies. Kotick is bringing in the law firm WilmerHale to do that, but the firm appears to have been selected by Kotick himself. Digging a little bit deeper, WilmerHale is notorious as the union-busting firm that Amazon has been using to squash its own employees’ efforts to organize. In fact, it advertises its own labor and employment services at aiding the company, which seems to raise some questions about who WilmerHale is working for and how beneficial the firm will actually be for the most vulnerable and affected employees.

Further, Kotick’s email talks about “listening sessions” to be moderated by as-yet-unidentified “third-parties,” but employees remain skeptical about the ability of Activision Blizzard leadership to create safe spaces without threat of retaliation when they already feel like the company has failed them in the past. Evidence gathered by Kotaku also shows that members of HR at Activision Blizzard have not only been aware of, but also enabled some of the “frat boy” culture alleged in the lawsuit.

A report from UppercutCrit indicates that Activision Blizzard isn’t planning to hold any all-hands meetings to address the issues raised by the lawsuit and many employees at the company. Instead, leadership will be hosting “active discussion sessions for up to 30 people.” Employees have to register to take part in these discussions. The emails go on to ask that employees raise concerns they may have to Activision Blizzard leadership, and that “all reports will be investigated, and if wrongdoing is found, we will take action.” Again, some point out that directing employees to an existing structure that has already failed them isn’t doing anything to meet the concerns that are being voiced.

The UppercutCrit report notes that Activision Blizzard hasn’t yet directly addressed yesterday’s walkout or the demands that employees feel have yet to be acknowledged or met. 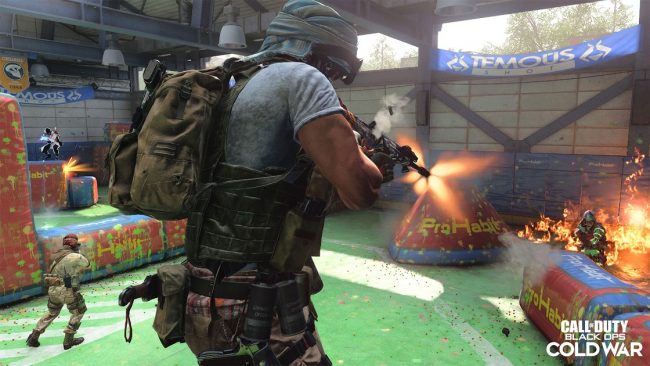 And now, Activision Blizzard is starting to move back into business as usual. After a week of silence, some social accounts are starting to post again. Treyarch and Raven began posting on Twitter again regarding a double XP weekend, playlist updates, and teasing Black Ops Cold War and Warzone’s upcoming fifth season. Some accounts had retweeted or posted the letter from Kotick, while others like Raven did not. Notably, the Blizzard side of the company, where much of the lawsuit is specifically focused, still seems to be remaining rather quiet. The World of Warcraft Twitter account posted about the removal of items and characters in the game named after Alex Afrasiabi, a known abuser named within the lawsuit who quietly left Blizzard last year, but has otherwise stayed silent. The Overwatch account hasn’t posted anything since July 21, despite the Summer Games seasonal event running right now. Similarly, the main Call of Duty account still hasn’t posted anything besides the letter from Kotick.

Beginning the tease for Black Ops Cold War and Warzone Season Five, however, shows that the company doesn’t plan on letting the lawsuit derail current timelines and marketing plans for upcoming releases. Expected to launch the week of August 10th, we’ll probably see Treyarch and Raven slowly ramping up news and announcements about the next season throughout next week leading up to release. Similarly, there doesn’t seem to be any indication that the rumored Warzone reveal of Sledgehammer’s Call of Duty 2021 next month has been moved as a result of the past week’s news cycle.

After seeing how Ubisoft is still facing criticism for its handling of sexual misconduct allegations from 2020, there’s still a lot of skepticism about the actions Activision Blizzard is taking to address employee concerns, particularly as the news cycle starts to shift attention back to the individual studios and games under the company. However, Activision Blizzard still needs to contend with the DFEH lawsuit itself, which could yet pull the company back into the spotlight and force additional changes and actions depending on how everything plays out.

The post Activision Blizzard Seems Like it Wants to Move Past the Discrimination Lawsuit and Back to Games Without Any Big Changes appeared first on PlayStation LifeStyle.

OMNO Review – Follow the Path of Light Into the Unknown (PS4)