0
The Internet is already obsessed with Resident Evil Village’s towering Lady Dimitrescu – but she will be only one of four main Lords who serve Mother Miranda in the game. Today, IGN can exclusively reveal the full roster of these villainous boss characters, as well as a little info on the horrific locations they each inhabit.

After playing the main game for five hours, I was still in Castle Dimitrescu, but the game’s map – which we revealed last week – shows that this is only one area in a much larger game. Each area is not just unique from a visual standpoint, but also comes with different enemy types, gameplay mechanics and boss fights. The village, located somewhere in Eastern Europe, is ruled by a figure known as Mother Miranda. She comes across as a type of cult leader, and the villagers can be seen worshipping her like a deity.

In previous footage, you can see Lady Dimitrescu talking with Mother Miranda over the phone. From their conversation, it becomes clear that even everyone’s favorite giantess is a servant to Mother Miranda. Mother Miranda has four main servants located in different areas of the village, known as the four Lords – of which Lady Dimitrescu is one. The four Lords function as the game’s main villains. “Village’s creatures and characters were inspired by classic gothic horror. Lady Dimitrescu was inspired by vampires, while other characters were based on werewolves, mermen and ghosts,” Village’s art director Tomonori Takano explains. 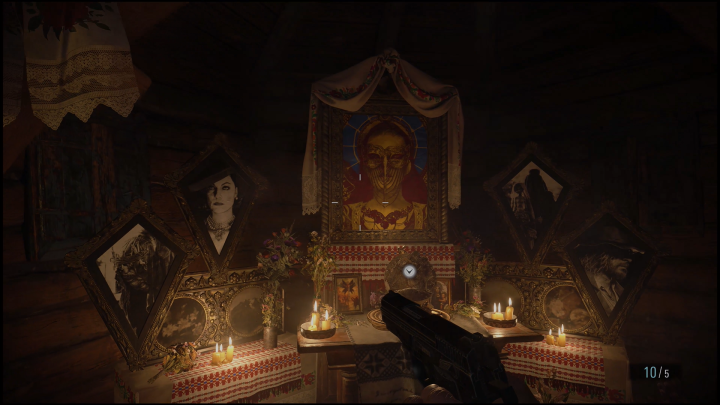 Portraits of Mother Miranda and the four Lords, found in a church inside the village.

Caption: Portraits of Mother Miranda and the four Lords, found in a church inside the village.

Lady Dimitrescu and her castle have already been introduced in detail, so let’s see what the other lords and their hideouts look like in this exclusive reveal.

Karl Heisenberg can be seen in multiple trailers. He is an engineer who lives in his family factory. Heisenberg carries a giant iron hammer with one hand, while he casually holds a cigar in the other hand. With sunglasses, a hat and leather jacket, Heisenberg’s design seems rather extravagant for someone in a remote Eastern European village. Takano says that like Lady Dimitrescu, his appearance was inspired by fashion from the 1960s. 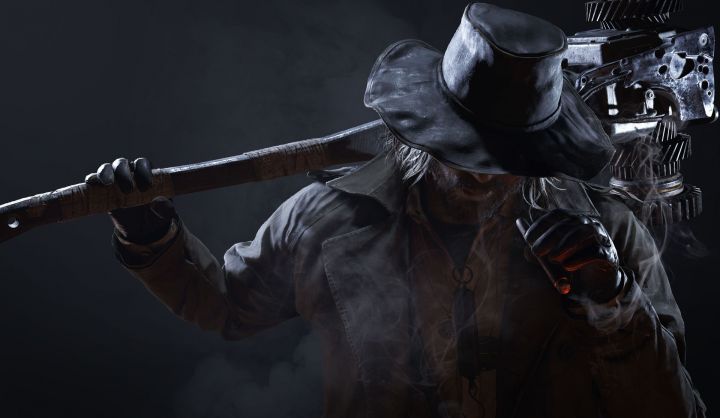 Turning the act of killing into a game, the session of Heisenberg’s torture that takes place in the beginning of the game sets a good example of what this character is capable of. Having barely survived his games during my hands-on, just thinking about what could be awaiting at Heisenberg’s Factory makes me shiver.

Compared with other areas in the village, the factory appears to be in sync with the times, with modern facilities available. Another aspect that differentiates the factory is the fact that it’s not covered in snow. The factory is located on the Northeastern edge of the map, perhaps on a lower altitude. 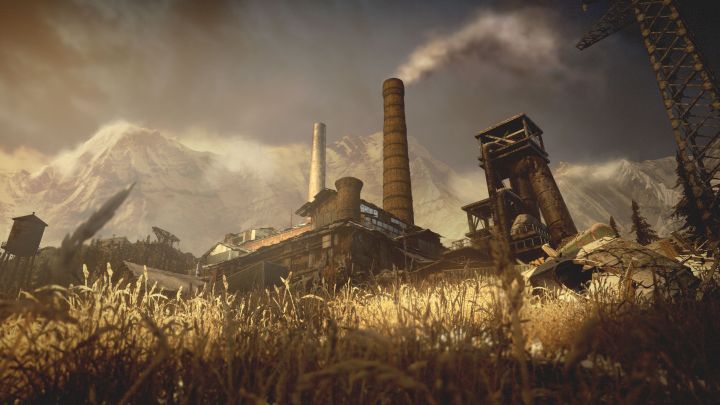 Salvatore Moreau’s design was inspired by mermen from gothic horror. Compared with the other humanoid Lords, Moreau looks more like your typical Resident Evil creature. Moreau hides most of his appearance with a long robe. The character briefly made an appearance during my time playing the game, waddling into view in a scene where protagonist Ethan is at the mercy of the four Lords. ”We designed Moreau with the concept of creating the most repulsive character on Earth,” Takano says. 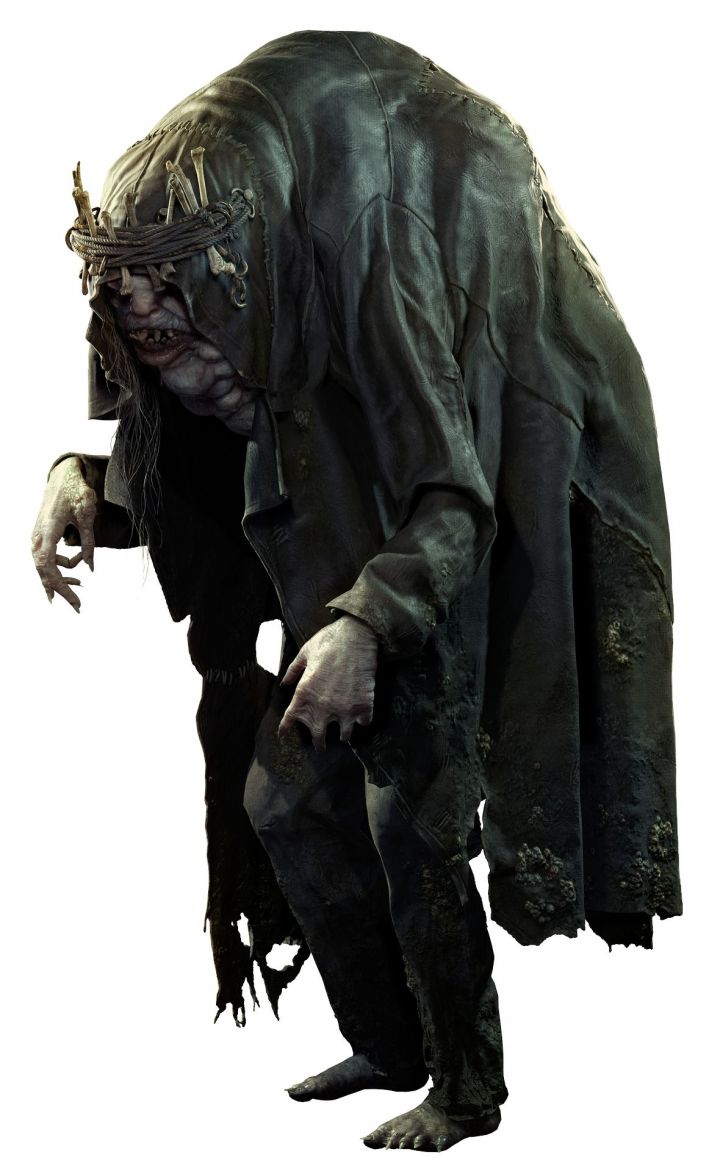 Moreau lives by a reservoir close to an obsolete fishing village. Two windmills can be spotted nearby on the game’s map, one being displayed in the image above. The windmill has a ladder, suggesting that players might be able to climb all the way up.

The game map also shows an illustration of a huge whale-like monster in the reservoir, which can also be briefly spotted in the latest trailer. Takano mentions that the lake he saw when traveling to Eastern Europe for research was frozen, but the team eventually decided against including a frozen lake in the game, as it would be hard for the area’s creatures to survive under such conditions. 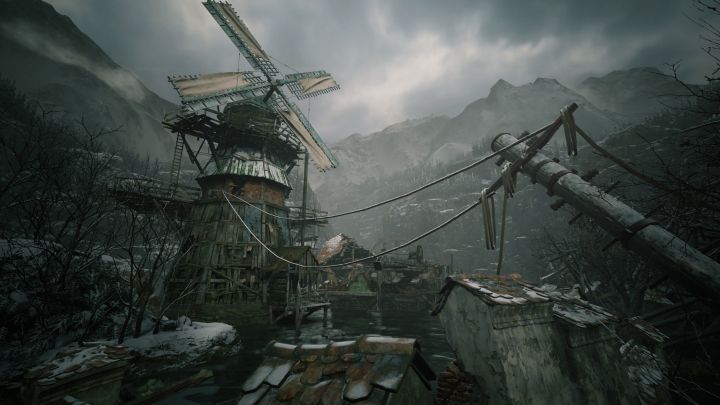 Donna Beneviento operates a puppet called Angie. Clad in mourning black with her face covered, everything about Donna remains a mystery. Another question that remains is to what extent Angie is alive. Director Morimasa Sato says that when presenting the game to his Capcom colleagues in the United States, he was surprised to find out that many people found the duo to be the most frightening of all of the Lords.

“In the United States, people’s reactions towards the puppet were pretty intense,” Sato says. “Of course, this made me happy, but as a Japanese person, it surprised me that they found the puppet that scary.”

Takano says that for Angie’s design, the team went for something they hoped would have instant impact rather than being purely frightening, but he is also happy that the reactions turned out this way. Donna and Angie live at House Beneviento, located on the outskirts of the village. No visitors ever come by. Sato hinted that House Beneviento is in many ways an evolution of the horror elements he used in Resident Evil 7 – and we won’t have to wait long to find out what that connection will be.

Esra Krabbe is an editor at IGN Japan. He’s confident the four Lords will give him plenty of sleepless nights.