Skip to content
You are here
Home > PS4 > Amnesia: The Bunker Release Date Window Revealed, Will Have “Semi-Open World” 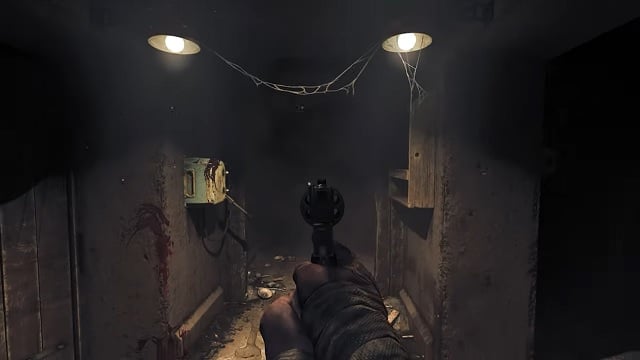 Developer Frictional Games has revealed that the Amnesia: The Bunker release date will fall some time in March 2023. The next installment in the Amnesia series will release on PC and consoles. It’s not clear whether it will be available on both PS4 and PS5, but a PS5 release is expected at the very least. This will also mark the first time an Amnesia game will feature what the developer calls a “semi-open world.”

As detailed on the game’s Steam page, where you can place Amnesia: The Bunker on your wishlist, it will feature a French soldier named Henri Clément who finds himself in a desolate WW1 bunker with only a single bullet left in his revolver. Survival supplies are scarce, and the dynamo flashlight he holds is unfortunately noisy. It’s unclear what threat is stalking Henri, but from the trailer, you’ll hear it squishing towards you.

The semi-open world will have Henri explore the nooks and crannies of the bunker, as he attempts to solve the mystery of what happened to the other soldiers. From the list of the game’s features, it looks like some objectives will be time-sensitive, so while it may be worth scavenging for resources and crafting tools, the clock is ticking.

We reviewed Amnesia: Rebirth back in October 2020, giving it a fair 7/10. If you’re looking for another horror game to play in the meantime, we’ve got several recommendations too.