Among Us will be coming to PlayStation 4 and PlayStation 5 later this year. As well as the digital release, Maximum Games is collaborating with developer Innersloth, Dual Wield Studio, and Robot Teddy to produce three different collector’s editions of the game that will be available at retail.

The first of these is the Crewmate Edition that includes all of the below items for $29.99:

The second version is the Impostor Edition for $49.99 . This includes all of the content of the Crewmate Edition and the following extra goodies: 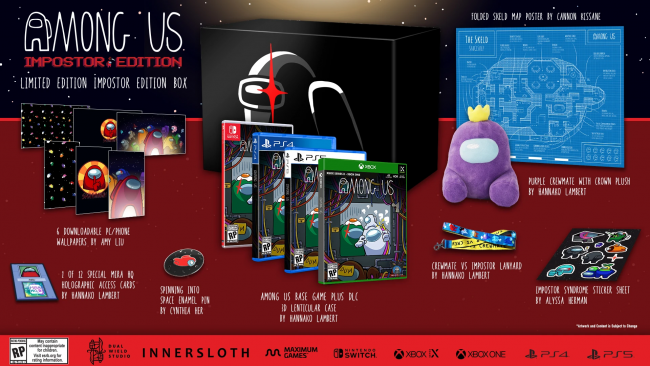 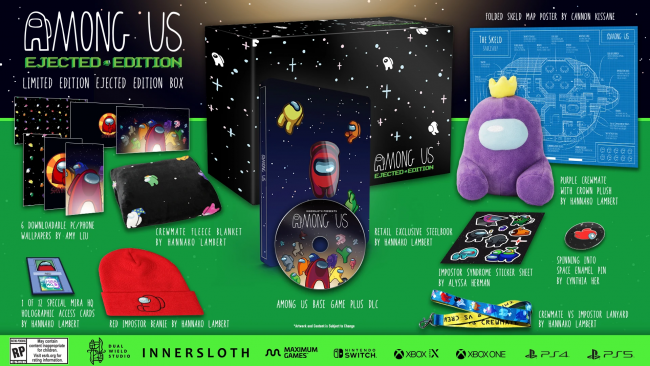 The game features ten players who need to complete tasks so their spaceship is ready for take off. The catch is there are one or more impostors amongst the crew whose aim is to kill everyone else and they must be identified before the spaceship leaves. When the game arrives on PS4 and PS5 it will have cross-play and online multiplayer, as well as an exclusive Ratchet & Clank skin, hat, and pet. All three collectors editions are available for pre-order now, although the game has yet to receive a set release date.

The post Among Us to Get Three Different Collector’s Editions at Retail Later This Year appeared first on PlayStation LifeStyle.

Dead Space Remake Aims to Offer an Uninterrupted, Seamless Experience With No Loading

Dragon Age 4 Is Reportedly on Track for Release in 2023