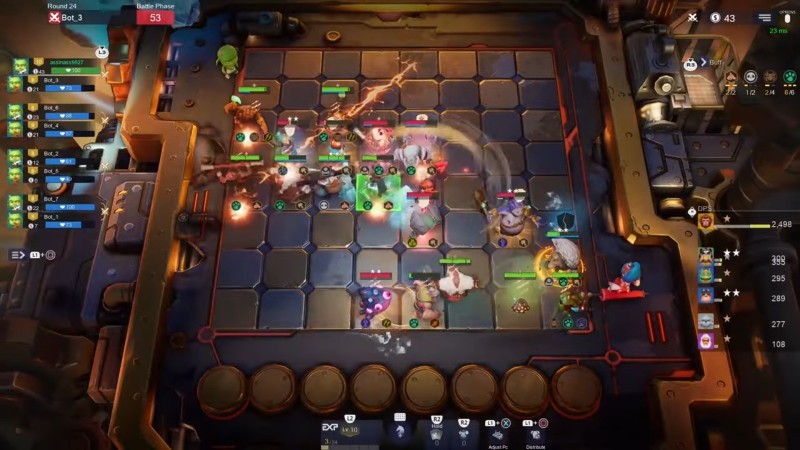 Auto Chess, the hit Dota 2 mod turned full-on game that launched the auto battler craze, is coming to PlayStation 5 this month. The game first landed on PS4 last fall and brought the popular competitive experience to console players for the first time.

The game arrives March 30 and will be free-to-play. Auto Chess on PS5 is more than just a port; it comes with plenty of console-specific features. The biggest of which is a new, PlayStation exclusive chess player: Date Masamune. The armored warrior will be available to download from PSN (no word if he’s free or not).

Auto Chess takes advantage of the DualSense controller’s haptic feedback to deliver jolts of vibrations when players complete actions such as making a good move or earn a victory. The game’s graphics have been enhanced, and waiting for matches is a non-issue thanks to faster load times. Best of all, the PS5 version features full cross-play with Auto Chess on PS4, PC, and mobile. PS4 save data can be transferred to the PS5 version as well.

Publisher Dragonest also announced that Season 11 of Auto Chess, The Legend of the Lamp Witch, kicks off on March 28. It comes with a batch of fresh challenges and another new piece, Space Walker, which balances the Beast race with the Martialist Class and draws inspiration from the legend of the Monkey King.

Auto Chess began life as a Dota 2 mod made by Chinese developer Drodo Studio in early 2019. The game features elements of both chess and MOBAs as players strategically assign pieces to chess boards and watch them battle it out automatically (that’s the simplest explanation I can offer). Auto Chess quickly took on a life of its own after igniting a wildfire of popularity and ushered in the auto battler. Studios like Riot and Blizzard followed suit by releasing their own takes on the subgenre: the League of Legends themed Teamfight Tactics and Hearthstone’s Battlegrounds, respectively. Meanwhile, Drodo would spin Auto Chess into a standalone title while Valve released its own, officially licensed Dota auto battler called Dota Underworlds.

The auto chess arms race has seemingly cooled in the last year, but this is still welcomed news for console players curious as to what the auto battler genre has to offer. Will you be picking up Auto Chess on PS5? Let us know in the comments!