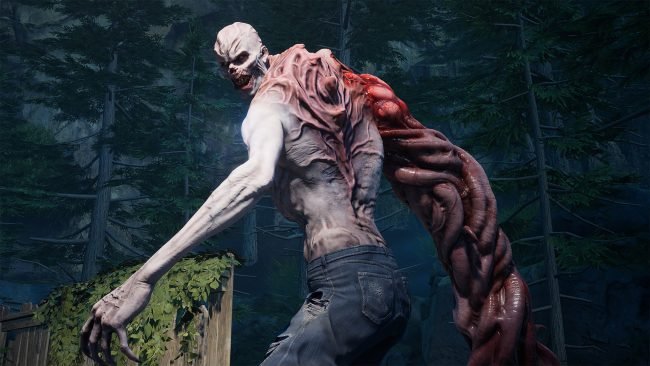 Many Left 4 Dead fans have been clamoring for a sequel over the 12 years since Left 4 Dead 2 was released—not to mention PlayStation players, who were left out. While a sequel was reportedly in development, it was ultimately cancelled. The problem is Turtle Rock Studios became an independent company back in 2011, while the L4D IP stayed with Valve. Other games have attempted to fill the gap, but now Turtle Rock Studios itself is back with its own attempt. It isn’t called Left 4 Dead 3, but it’s the closest we’re going to get because our Back 4 Blood review finds a spiritual successor with a twist.

After a deadly parasite runs rampant across the planet, humans are turned into zombie-like creatures known as Ridden. Humanity is nearing extinction. A team of four survivors, known as Cleaners, are bringing supplies to a safehouse. They arrive just before it’s overrun by the Ridden. Forced to retreat through the basement and fight for their lives, it becomes clear the infection just got a whole lot worse.

The campaign then follows the Cleaners as they retreat away from the hotspots while taking out as many infected as they can. While it seems like this is a fairly urgent task, each level is more than just a sprint from start to finish. There are different objectives to complete throughout a level. The cleaners may have to rescue fellow survivors trapped in cocoons or perhaps blow up a boat to create a barrier the Ridden can’t cross. A firm favorite was creating a distraction in a bar using the jukebox so other survivors could be evacuated. Tracks like Motorhead’s Ace of Spades added perfectly to the atmosphere and it’s one of the best implementations of licensed music I have seen recently.

If the Ridden just ambled along like zombies, things would be quite simple. Are they that simple? Of course not. There is a much larger variety of special infected ever seen before and they’re far more relentless. Whether it’s the familiar Boomer-like Retch that will vomit acidic bile and explode on impact, or a new 9ft enemy known as a Bruiser with a giant arm that packs a hell of a punch, they appear frequently. Some take a lot of teamwork to take down and they’ll all make sure you don’t stay in one spot for too long. They create the frenetic moments for which Left 4 Dead was known.

The Cleaners aren’t just different personalities, they have different specialties. Each has a fixed starting weapon, special ability, personal effect bonus, and team effect bonus. There are four starting cleaners, but four more are unlocked shortly into the campaign. Players aren’t stuck with those weapon choices, though. There’s plenty of equipment to find throughout each level, including weapons, grenades, and supply boxes. There are even locked rooms full of equipment, but these need a toolkit to open them. This means if a loadout isn’t working for you, there are plenty of opportunities to swap it out and it never feels limiting.

While saferooms provide shelter from the onslaught of the infected, they’re not a free supply of weapons and medkits. There might be a healing cabinet that allows a small number of free heals, but otherwise there is just a shop box. Players can purchase equipment from this box using copper found throughout the level, as well as resupplying accessories, ammo, and grabbing team upgrades. Regardless of which team member finds the copper, it goes into a team kitty. Between the box and the kitty, there’s never any concern about rogue team mates hogging everything and everybody gets a fair chance to build a character that works for them.

So far the differences between Back 4 Blood and Left 4 Dead are fairly minor. The twist I mentioned previously comes with Back 4 Blood’s card system. Corruption cards are automatically applied to each round and they cause gameplay mutations. They could be as simple as adding a thick fog to reduce visibility in a level or they could really ramp up the difficulty by turning the Ridden into burning timebombs. While these do mix things up a bit, repeated playthroughs tend to produce repeated corruption cards so it is possible for two playthroughs to be the same.

Players then have their own cards they can use to counter these effects. They start the game with a limited selection of cards and more are earned throughout the game. There are really generic cards that offer bonuses like increased ammo capacity or stamina. More specialized cards offer boosts like increased rifle damage or better healing efficiency and then there are incredibly specific cards; for example, the bash to push zombies away can be turned into a knife melee weapon. With more than 150 cards to unlock throughout the game, players can create their own decks and effectively create different character builds to suit their play style.

Player progress is the carrot that keeps players coming back to the game. The hub where players hang out in between matches is the place to spend earned supply points. These can be used for more cards and cosmetics through upgrade paths known as supply lines. Each supply line is a themed set of cards and cosmetics and there are three on offer at any time. The aim of this is to let players buy the cards they want the most, but with 49 supply lines to complete, there will always be cards that need buying first that aren’t really wanted.

Back 4 Blood is best played in co-op with friends, although matches with randoms have so far been a surprisingly pleasant experience. Those who want to experience the game on their own can do so, but at the moment there’s very little point in playing solo and it’s the only downside to the game. No progress is made for supply points or trophies. All player cards are automatically unlocked. No cosmetics are available as these are locked into supply lines, which need supply points to unlock them. Solo players can’t even unlock the other four Cleaners and the current fix for this is to “play online.” Turtle Rock has promised to add single-player progression in the future but this hadn’t materialized at the time of writing.

Back 4 Blood Review – Multiplayer Only

The game’s other mode, Swarm, isn’t even available to play with bots. This mode is the closest the game gets to Campaign Versus from Left 4 Dead and it must be played with two teams of four, one of Cleaners and the other of special Ridden. Each round takes place in a confined area of a map taken from the campaign. The winner is whichever team of Cleaners lasts the longest against the special Ridden and each match is the best of three rounds. The problem starts when too many players drop out because then the match automatically ends. It became quite frustrating just trying to reach the end of a match.

Back 4 Blood is a great game when played with other people, truly evoking the spirit of Left 4 Dead for a new generation of gamers. This time there’s the incentive of a progression system to keep players coming back, although the Corruption Cards don’t always make those repeated playthroughs as unique as they should. For those wanting to play on their own, it would be best to wait until the game has been patched to include single player progress. Hopefully that shouldn’t be too much longer.

The post Back 4 Blood Review – Lots of Fun, but Only With Friends (PS5) appeared first on PlayStation LifeStyle.

PSA: It’s the Last Day to Redeem the October 2021 PlayStation Plus Free Games

PSA: Battlefield 2042 Update #2 Is Live Now and It Includes Balance Changes for Weapons and Vehicles

No Man’s Sky Expeditions Set to Run Again Over the Holiday Season, Another Chance to Earn the Normandy from Mass Effect