While we all patiently await news about Dino Crisis, here’s another dinosaur game that you can enjoy in the meantime: open-world survival adventure Dinos Reborn.

In development at indie studio HardCodeWay, Dinos Reborn transports players to a pre-historic sci-fi world where they have to “navigate between being predator and prey.” In a press release, the developer promised an engaging storyline and features like dynamic weather, crafting, and exploration.

A horrible headache forces you to try and open your eyes. A bright light. The sound of pumping blood that you hear in your years. The salty-sweet taste in your mouth indicating that you are injured. Confused and still in shock, you try to stand and remember what happened. Pieces of a rescue capsule cover the place. Right – there’s been a crash, but you survived and landed… Where, exactly? You shield your eyes from the blinding sun with your hand and take a look around. The place looks exotic and completely unfamiliar – a planet unknown to you, resembling prehistoric Earth. Not only its looks but its sounds, as well – you hear them all around you, and… above you? You look up and see – a pterodactyl! You must be hallucinating. Calm down, take a deep breath, and try to remember your name. Nothing. Can you recall who you are or what you’re doing here? You can’t. All is cloudy and lost in a brain fog. Still, that’s the least of your many problems, as the most important thing right now is your survival. Only staying alive will allow you to uncover your identity and your purpose on this planet. Face dangers, turn yourself from prey to predator, and discover all the mysteries of this place. Otherwise, you’ll be lost, and with you, a mission bigger than yourself.

Dinos Reborn is in development for the PlayStation, Xbox, and PC, and is expected to release in 2022. We’ll update our readers when specific platforms are announced. In the meantime, check out a trailer below.

The post Become a Hunter in Open-World Survival Game Dinos Reborn, Out on Consoles and PC in 2022 appeared first on PlayStation LifeStyle. 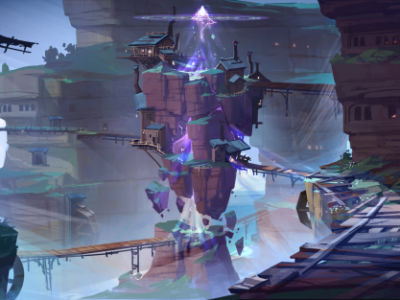