Call of Duty: Black Ops Cold War and Warzone are just about to get their latest mid-season update. The Season Four Reloaded roadmap highlights the major additions coming later this week, and while the big focus is on the new Zombies map, Mauer Der Toten, there are a few new tasty morsels for everyone to enjoy.

Launching July 15, Call of Duty: Black Ops Cold War and Warzone Season Four Reloaded sees some big changes and additions to Zombies, the return of a classic Black Ops II map, and a new mode for Warzone players to hop into. Some of these updates were already hinted at in the original Season Four roadmap. Take a look at the new Reloaded roadmap below: 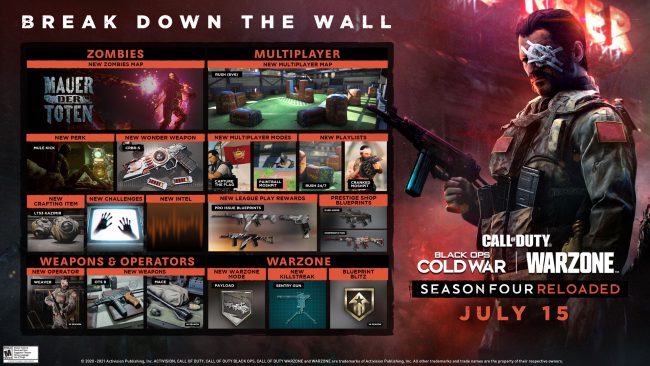 Here’s everything coming to Black Ops Cold War and Warzone on July 15.

Mini Review: Where the Heart Leads (PS5) – A Surreal Slice of Life