Some notable changes include a nerf to the Streetsweeper shotgun’s one-hit-kill potential, tuning down sprint speeds with SMGs, and pulling back on the range bonuses that many LMGs get. The new menu has been updated to match Season Three’s theming, while also adding 10 classic Activision arcade games into the Barracks. Prone speed was increased after a previous reduction in Season Two Reloaded’s update, now allowing players to enter and exit the prone position more quickly again. 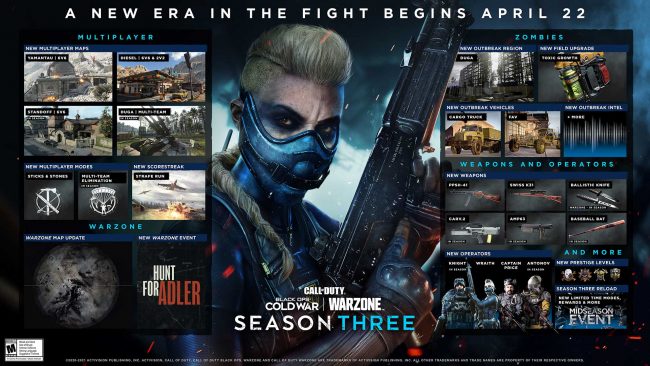