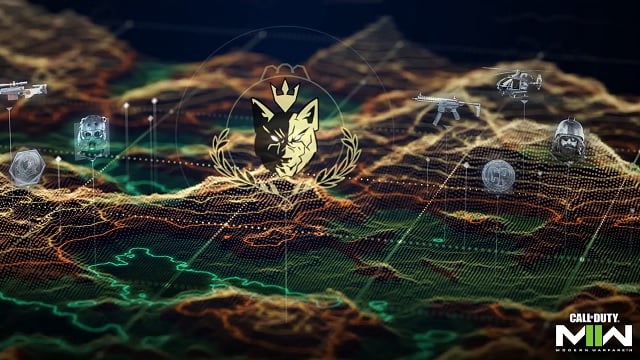 The Call of Duty: Modern Warfare 2 Battle Pass will have a completely different format from the norm when it is released alongside Season 1 on November 16. Instead of the usual linear format where players unlock rewards along a track, the Modern Warfare 2 pass will take the form of a multi-sector map where players have more choice over which unlocks they want to work towards.

How does the Call of Duty: Modern Warfare 2 Battle Pass work?

The Battle Pass takes the form of a map divided into at least 20 sectors, each of which will have five items to unlock. Players have to earn Battle Token Tier Skips to be able to unlock the initial item in each sector. Further tokens are then used to claim more items in any sectors that have been unlocked. This means that players can choose which rewards they want to unlock first, meaning there’s no longer any need to level up dozens of times to get that desired skin.

More details on the Battle Pass are promised for a later date, although the team did reveal that the Victus XMR Sniper Rifle and the BAS-P SMG will be free unlocks. New Operator Zeus, a member of the Nigerian Army Special Forces Battalion, will be unlocked when players purchase the Battle Pass.