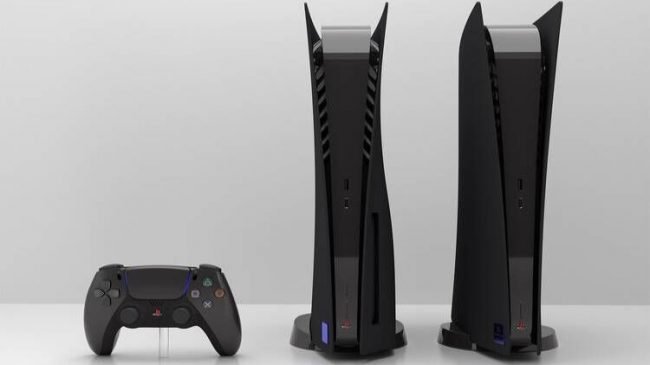 After a messy preorder window, the company behind the unofficial custom black PlayStation 2-themed PS5 seems to have vanished completely from the internet, and some customers still haven’t received refunds for their unfulfilled orders.

With high interest in customizing the look of the PS5 and DualSense controller, custom PS5 company SUP3R5 started talking about selling a limited number of custom black PS5 console, designed to pay homage to the PS2. The preorders were calamitous, however, and SUP3R5 was forced to cancel buyers’ orders after alleged “credible threats” to the team. Listings for the black PlayStation 2-themed PS5 were quickly found on ebay at premiums, and demand for the console far outstripped the alleged 300 quantity that SUP3R5 had for sale.

At the time of the preorder mess, SUP3R5 deleted its social media accounts. Now, it appears that SUP3R5’s website is gone entirely, redirecting to a default Squarespace page saying that the website has expired. Research by VGC seems to indicate the site vanished on our before January 31st, 2021.

A number of disgruntled customers on Reddit are claiming that SUP3R5 has not refunded them for the canceled black PS5 purchases. Some are still waiting for their money back. Others are filing claims through PayPal to received refunds. There’s speculation that the custom black PS5 was simply a scam designed to fleece people of their money all along. Without a website or social media channels, it’s become next to impossible to contact the company.

After the fumbled opening of preorders, accusations of this being a scam began to emerge, but at the time SUP3R5 defended itself saying such accusations were “hurtful, confusing, and unfair.” People were skeptical that a company could not only wrangle up 300 of a very difficult to obtain console, but also fully customize and resell them. An actual prototype custom black PS2-themed PS5 was never shown. The hype was spun out of a concept visual design created previously, for some reason called a “30th Anniversary Edition” despite PlayStation’s 30th Anniversary not being until 2024, and the PS2’s 30th anniversary not happening until 2030. (Technically Sony began exploring the idea of partnering with Nintendo on a disc-based console as far back as 1988.)

“We think it’s perfectly reasonable to be skeptical of an operation that spun up as quickly as we did. However, we began to see people on Twitter and YouTube actively pushing the scam narrative, some even claiming to have proof of this,” SUP3R5 said more than a month ago, just after its preorder launch fell to pieces. “This was hurtful, confusing, and unfair—given that we hadn’t even sold anything at that point—and thus had no reputation to prove or disprove it.”

It’s unclear if SUP3R5 intends to attempt to relaunch or will simply fade quietly into the night. At the time, they had posited they might retry once things had calmed down, but a complete disappearance of the company from the internet doesn’t bode well for anyone hoping to grab the custom console.

This is just the latest mess to come out of people trying to capitalize on the limited availability of the PS5 and the desire to customize the console. Scalpers have been keeping PS5s difficult to find at retail, as well as skimming membership fees from people hoping to use their bots and tools to secure a PS5 for themselves (and profit). And one company that tried to make custom PS5 faceplates went through a number of hurdles before finally landing on a product they feel they can sell without drawing the ire of Sony’s legal team.

Clue Board Game to Become Animated Series at Fox

Halo Infinite: Release Date, Gameplay, and What We Know So Far

Final Fantasy VII Remake Intergrade: What Comes in Each Edition