Evan Win— dammit, I mean Ethan Winters, is the Resident Evil franchise’s most forgettable character. And it’s almost like he’s intentionally designed to be that way. Ev- Ethan is quite literally a faceless protagonist. First introduced in Resident Evil 7 biohazard, the entire story was told from his first-person perspective. You, the player, were supposed to become Evan. Capcom didn’t bother showing his face because you are Ethan, I am Ethan, we are all Ethan. Or Evan. Or whatever his name is.

Even when you unlock Ethan’s character model in-game, the model viewer shadows out his face so you can’t see it. Which means someone actually modeled his mug only for it to be hidden at every possible turn. Capcom has had a laughable streak of obscuring Ethan’s face in promotional materials too. He’s a nobody. At this point, Evan’s lack of a face has become everything from a meme to a wild narrative-ridden conspiracy theory that some think has deep implications for the lore of the series. Is he a Chris Redfield clone? Is he a bioweapon himself? Is he another long lost series character? Is he related to the Weskers or the Birkins or the Spencers?? Or perhaps, maybe he’s just the forgettable Ev— dammit, again… Ethan Winters.

Capcom tried to find this balance between giving Evthan a clear identity, but also making him a vehicle for the player’s immersion. Resident Evil 7 shifted the franchise into a first-person survival horror experience, a first for a series that had been third-person up until then. Instead of putting you in the shoes of Chris Redfield, Jill Valentine, Leon Kennedy, or one of the series’ other popular protagonists, it stuck you as Mr. Ethvan Winters, an everyman experiencing these biological horrors for the first time. Nathan— dammit… ETHAN was meant to provide a kind of reset, bringing Resident Evil back to its horror roots after the series took a major action-oriented turn over the prior three mainline entries. Ethan was literally just meant to be… some dude. And that’s all he really ends up being. Just… some dude.

The irony is that he does actually have a face model, which is seen briefly in Resident Evil 7 and can be mined from the game’s files. (See the image below. He looks like a rejected Peter Parker concept.) And to be fair, Capcom isn’t exactly known for consistency in character visuals across the Resident Evil series. Just look at the bizarre and muscly evolution of Chris Redfield as he morphs between various versions of “generic white male military-trained protagonist.” But Chris Redfield still has a very defined personality and identity within the series, and is perhaps one of the most memorable Resident Evil characters despite not having a very notable or memorable face. 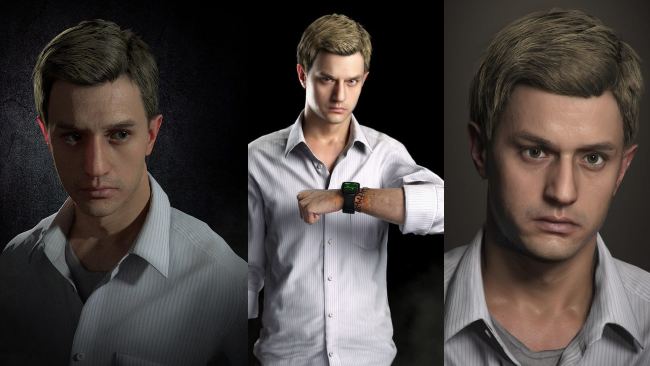 Criticisms of Evan from Resident Evil 7 came from his remarking on inane things, while having nothing to say in the game’s more high tension and emotional moments. Yeah, cheesy dialogue is par for the course in Resident Evil, but this game simultaneously wanted you to connect with the character and be the character while really failing to embody either one. It becomes far more distracting that the game tries to do both instead of just leaning into one or the other. He should have either been a silent protagonist, or had a full emotional and reactionary range to all situations.

And Resident Evil Village follows suit. Ethan Winters is once again a man on a mission; motivated and driven by the death of his wife and kidnapping of his daughter. But despite this very clearly defined background, predetermined personality, and emotionally motivating factors, Ethan’s emotional reactions disappear completely when they matter the most.

Ethan Winters is so forgettable that my wife kept calling him Evan Winters instead. It became a running joke between us, until I started unironically calling him Evan and forgetting his real name. I dismissed this as a hiccup with the similar names until I recently saw multiple reviews for Resident Evil Village also refer to Ethan Winters as Evan. If the main character of the last two mainline Resident Evil games had been more memorable, perhaps people wouldn’t be goofing on his name as such.

All right, enough with the Evan Winters jokes, let’s get down to brass tacks.

Throughout both Resident Evil 7 and Resident Evil Village, Ethan is a punching bag for brutally violent treatment in first-person, which is all mystically healed thanks to his contact with the mold. In RE7 in particular, these moments were especially surreal in VR. Getting your own arm sawn off is quite an experience when you’re in that immersive state. Thankfully a few staples to put it all back together, and he’s good as new. There’s also an optional scene where Jack Baker takes Ethan’s leg, which is similarly reattached without much fanfare. 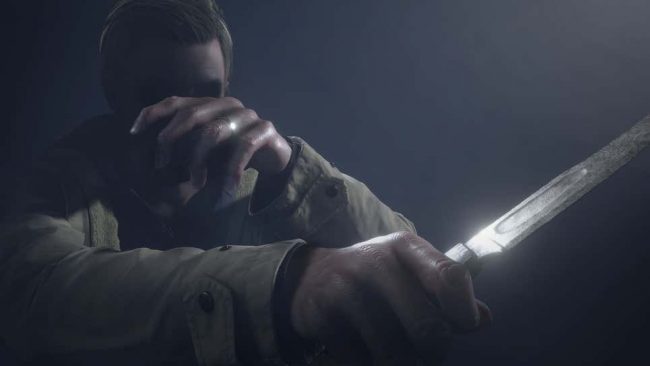 From the opening moments of Resident Evil Village when Ethan cuts his hand on a barbed-wire fence, I knew he was in for yet another game of brutal treatment. Sure enough, a few of his fingers are soon bitten off, he has hooks impaled through his palms, which he escapes from by just kind of pulling them out and tearing gashes through his fingers, and his other arm gets sliced off by Lady Dimetrescu’s claws, all just within the first few hours of the game. I should also note that when he reattaches his arm, his cut coat and shirt sleeve also bizarrely heal back together, which is explained by a reveal at the end of the game, I guess.

In the end, you discover that Ethan has actually been dead all along, killed by Jack Baker early in Resident Evil 7’s story. The Ethan we’ve been playing as since is not only infected by the mold, but a creation of it. This explains his insane ability to heal, though it doesn’t explain Ethan’s complete ignorance of the fact that he’s been brutalized and comes out of these encounters relatively unscathed. He doesn’t seem to know he’s infected by or a creation of the mold, but is simultaneously completely unmoved by the fact that he has reattached multiple limbs? The man’s literally been quartered, but his emotional depth doesn’t seem to acknowledge this at all.

It’s clear Resident Evil Village wants you to feel some sort of way about the “Ethan actually died years ago” reveal, but his emotional range has been dead since the beginning, so it doesn’t land in quite the way the game intends. Capcom can’t quite decide whether Ethan has his own identity or is a blank surrogate for us, the players, and that unevenness makes it hard to care about his treatment and fate. That’s further complicated by Resident Evil Village actually having third-person cutscenes, all the while still going to great lengths to obscure his face.

In the final moments of Resident Evil Village, Ethan is shown via third-person cutscene—again, from awkward angles that hide his face throughout—after the final boss battle. He hands his daughter off to Chris, accepting his fate as intertwined with that of the Megamycete mold—seeing as how he’s a construct of it, after all—and blows both himself and the Megamycete core up, along with the entirety of Resident Evil Village’s titular village.

But Ethan’s sacrifice feels unearned. It’s not our sacrifice, it’s his. We’re ripped away from this player surrogate and forced to watch from a distance as the shell we were just parading around in makes this grand gesture. It does so without showing us Ethan’s face, and without allowing us to connect with him as a character separate from us, the player. In those final moments, when Ethan could have used a human identity all his own, it robs both the player and Ethan of a meaningful moment. 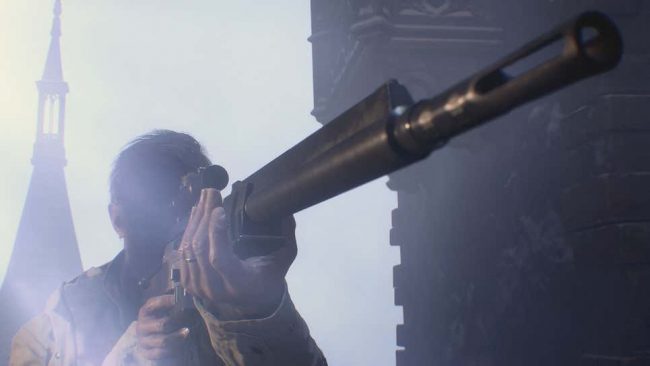 Instead, the sacrifice is made by nothing more than a player avatar with all the emotional range of a screaming potato—a character who never got to be much more than the player’s window into this world. In fact, Ethan matters so little that the statue in the Resident Evil Village Collector’s Edition is of Chris Redfield. The death, journey, death again, and sacrifice of Ethan Winters is memorialized by a brooding statue of a guy that didn’t have the respect to actually tell Ethan what was going on in the first place. It’s a cool statue of the most recent version of a staple Resident Evil fan-favorite character, but it highlights Capcom’s priorities. Chris Redfield is the memorable character that people will fork over $220 for (or $1800 in Japan for the version with Chris’ jacket).

The Tragedy of Ethan Winters