Bungie unveiled the future of Destiny 2 with The Witch Queen reveal, showing off the next expansion as well as letting players know what they can expect over the next year and a half; both in the lead up to The Witch Queen early next year, and throughout Destiny 2’s year five. There were also some teases about what’s coming well beyond The Witch Queen, as far out as year seven of the game. If you missed the livestream, or you just want a recap of all the big announcements, here’s a full recap of everything you may have missed during the Destiny 2: The Witch Queen reveal showcase.

Things kicked off with The Witch Queen reveal, showcasing not one, but two trailers for the expansion.

The first was a cinematic reveal trailer:

This trailer also confirmed the release date for the upcoming expansion, which had been previously delayed.

Guardians will journey into Savathûn’s throne world—the swampy environment people previously thought would be Old Chicago—to take on her Lucent Hive Guardians. Yup, Savathûn has her own Hive Guardians with their own Hive Ghosts who can wield the light against us. Bungie says that The Witch Queen campaign was designed to feel like an epic single-player campaign adventure, but of course retaining the unique feel of Destiny. They’ve also indicated that they have learned a lot from fan-favorite activities like Presage and other dungeons to really amp up the quality of the campaign missions.

The campaign will also come with Legendary difficulty option that will scale depending on how many people you have playing through it with you, with ample rewards for conquering this challenge.

And even though The Witch Queen is still six months out, Bungie gave us a gameplay trailer for the upcoming expansion too, which included a few more juicy details about coming features.

The Witch Queen will of course come with a new six-player matchmade activity, a brand new Raid in a sunken Pyramid ship,

Weapon Crafting and a New Weapon Type: the Glaive

Weapon crafting is coming to Destiny 2 with The Witch Queen, and it was introduced with a whole new weapon type, the Glaive. The Glaive is a first-person melee weapon with mid-ranged projectile capabilities as well. But players won’t be finding it. They’ll be building it. Bungie teases more to come on the Glaive, even “class-specific Exotic variants with unique attacks.”

But this paves the way for full weapon crafting, starting with all weapons from The Witch Queen and the year five seasonal updates, and eventually expanding to older weapons as well. Bungie says the system is a way to empower players to target farm and craft their own weapons, with more versatility than the Umbral Engram system. They also tease that the system will support players actually using the weapons to level them up and unlock various different perks and stats for crafting. They promise more details on crafting as The Witch Queen approaches. 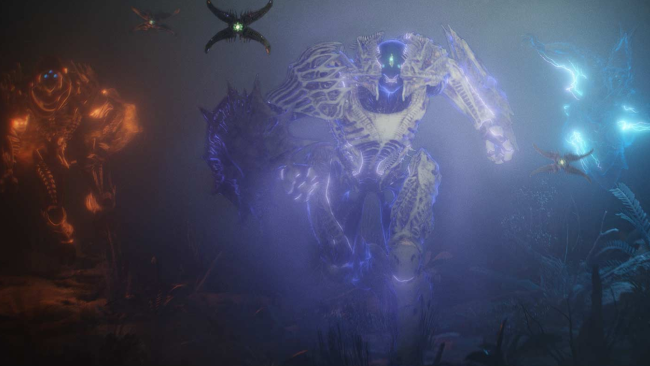 While The Witch Queen doesn’t look like it will be getting a new Darkness subclass to go alongside Stasis, Bungie promises seasonal update to Light-based subclasses during The Witch Queen to run on the current customizable system that Stasis does. Void is first up at launch, with more to follow. After all, in order to fight new Light-bearing Hive, we need to amp up our own capabilities. 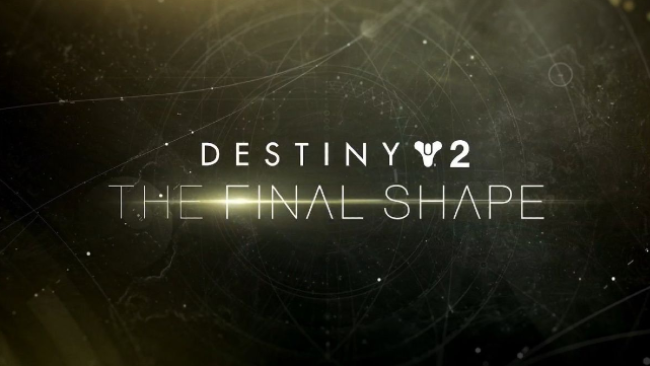 Looking beyond The Witch Queen, Bungie finally named the expansion that will follow 2023’s Lightfall. The Final Shape will (presumably) release in 2024, and will close out the current “Light and Darkness Saga” arc that Destiny has been threading, however, they promise that this isn’t the end of Destiny 2. Not by a long shot. It will “set the stage for the future of Destiny 2.” There’s more to come beyond, but for now, they are simply teasing a few years out with the announcement of the expansion.

Destiny 2: Beyond Light – Season of the Lost Live Now

The next season of Destiny 2 is live now, and will act as a prologue to the events of The Witch Queen while closing out the Beyond Light year of Destiny 2.

Queen Mara Sov has returned to the Dreaming City and we must help her gather her lost Techeuns to… help… Savathûn…? Savathûn has been posing as Osiris for a while now, and the real Osiris is missing. She promises that he’s still alive, and asks us to defeat Xivu Arath, who is hunting her. Everything is further complicated by the fact that this is the Queen of Deception.

Season of the Lost includes plenty of new weapons, a new six-player activity, weekly mission, and more. New Stasis weapons can be earned. Three Exotics return from Destiny 1, classic armor pieces to get from Lost Sectors. And the season pass offers plenty of new rewards to earn.

Trials of Osiris is getting a major revamp when it returns on September 10th, featuring matchmaking for solo players and a whole revamp on how rewards are earned. One of the biggest changes is requiring players to own the yearly expansion to play Trials, which should prevent free-to-play cheaters that we’ve seen in the past. More details will be coming soon.

This lengthy season will last around six months, about twice as long as most other Destiny seasons, and Bungie promises more updates on what’s to come in a Season of the Lost roadmap, a calendar that will guide us on the road to The Witch Queen. However, they’ve hinted that we can expect to see events like “Festival of the Lost, Moments of Triumph, The Dawning, and more.”

But events aren’t the only things that will hold players over in the long wait.

Everyone will be able to enjoy a new six-player matchmade actviity for the event, “iconic weapons” that can be earned, “mysteries to unravel,” and other rewards that commemorate 30 years of Bungie.

Players will also be able to purchase the Bungie 30th Anniversary Pack, which includes content that celebrates the developers catalog of games. This also includes a special Dungeon in the Cosmodrome’s iconic “loot cave.” Here’s everything coming in the paid pack:

The Witch Queen has various preorders available, though the Collector’s Edition is currently sold out (it was gone within hours of being announced).

All versions of the preorder instantly unlock a Throne World Exotic Ghost Shell, The Enigma Exotic Emote, and Legendary Emblem in Destiny 2.

The post Everything You May Have Missed During the Destiny 2: The Witch Queen Reveal Showcase, Release Date, Hive Guardians, 30th Anniversary, and More appeared first on PlayStation LifeStyle.

Sifu Release Date Set for February 2022, Along With a New Trailer and Preorders Open Now

From The Creator Of Tomb Raider, Dream Cycle Is A New ‘Ever-Growing’ Adventure Game Coming Soon