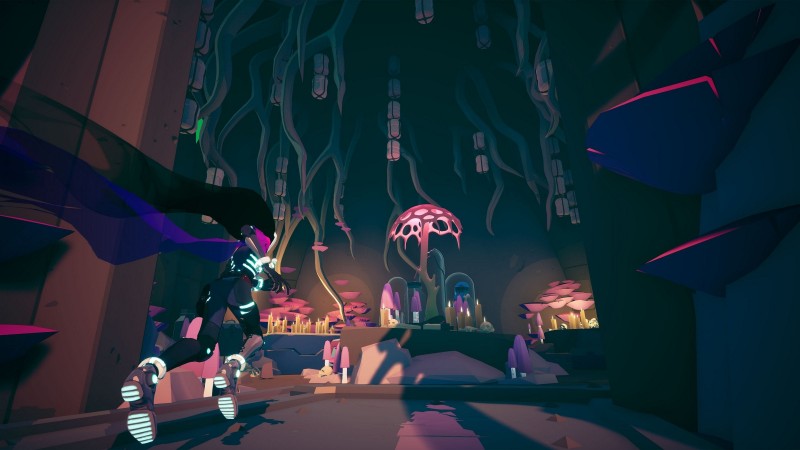 With winter just on the horizon, this is the last entry in our Fall For Indies series. So, it seems only fitting to end with a glut of great titles to keep players sustained over for the long, dark months ahead. One of our most anticipated games this year, Solar Ash, was originally slated to arrive earlier in the season but is now hitting just ahead of the frostiest time of the year. And while the nights are getting darker sooner, there are still plenty of bright indie launches we’ve got our eye on for the rest of the year.

A Heaping Serving Of Fall Releases

The last leaves are falling, but there’s no shortage of indies to serve up, as the upcoming feast has many appetizing courses. The Pathless, an action-packed adventure from the creators of Abzû, the brilliant roguelike Death’s Door, and the short-but-sweet A Short Hike are all coming to new platforms. With additional dishes to try like Moncage and Undungeon, this month’s gaming table is stuffed with goodies. 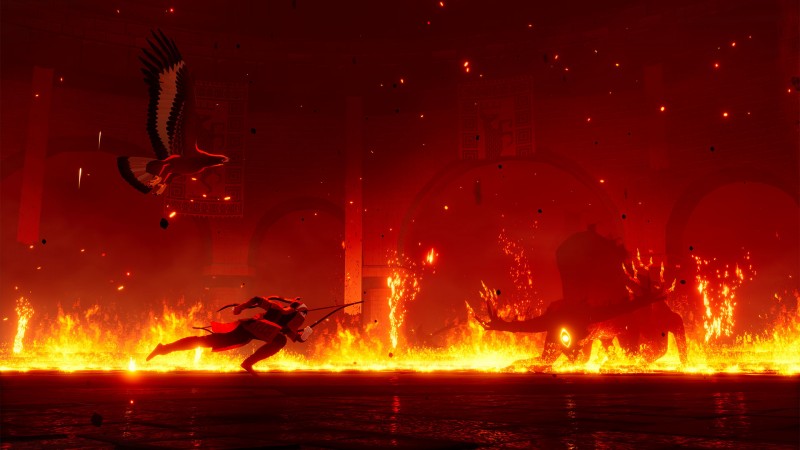 Giant Squid’s action-adventure game released last year as a PlayStation console and Epic Games Store exclusive, but now it’s making its way to Steam. Playing as the Hunter, you traverse a vibrant open world with your eagle in order to make pincushions out of corrupted spirits and break the land’s curse. While that’s a very important goal, you should also take time to pet your feathery friend because not only is that adorable, but you can use your eagle to fly across the landscape, and it deserves a reward for all the effort. The Pathless hits Steam November 16. 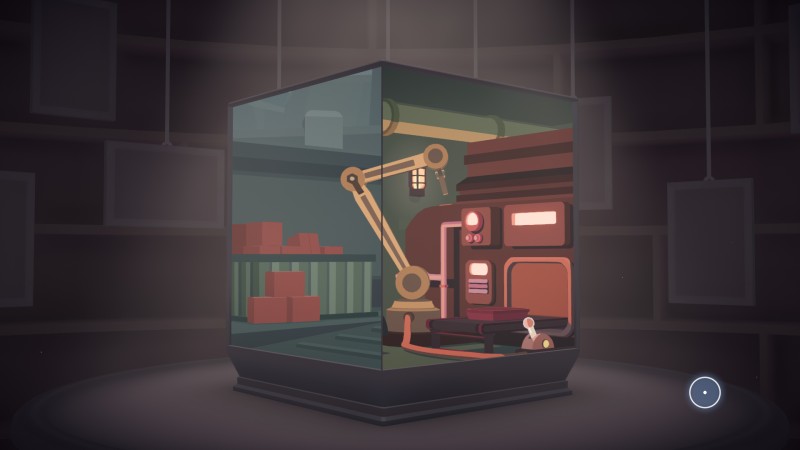 If mysterious puzzle cubes sound intriguing to you, you’ll want to check out Moncage when it launches November 16. On the surface, it seems like an easy challenge. You have to rotate a box connecting shapes to progress. Each side of the cube has a different scene and, by figuring out which object from one scene matches up perfectly with another, you’ll solve the puzzle. However, as the scene grows more complex, the answers become harder to find. While the puzzle game has no dialogue, that doesn’t keep it from folding narrative hints into its evolving challenges. 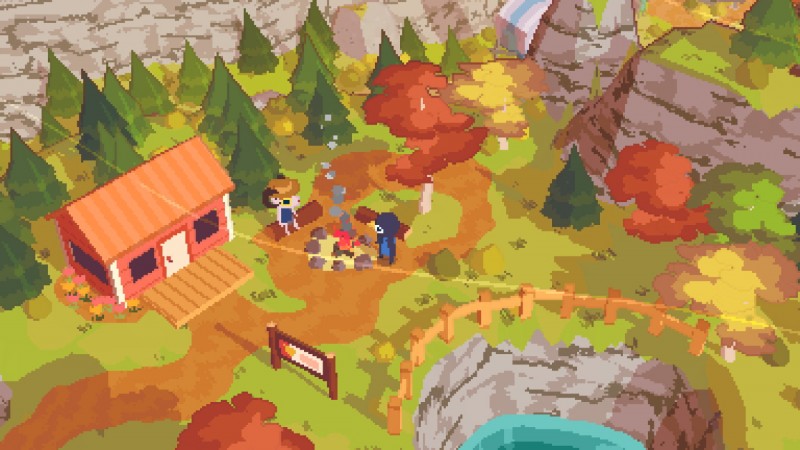 A Short Hike made an unexpected appearance during the recent Wholesome Snack Showcase to announce its migration to PlayStation and Xbox consoles this week. As the title suggests, this game doesn’t take a long time to finish, but its journey is touching and there’s a lot of fun packed in. Playing as a young bird, you head to Hawk Peak Provincial Park to get away from the world’s cares and summit its highest peak. You can even choose to give the game a visual boost to 4K on new-gen consoles, making A Short Hike’s stylized beauty even clearer when it comes to the new platforms on November 16. 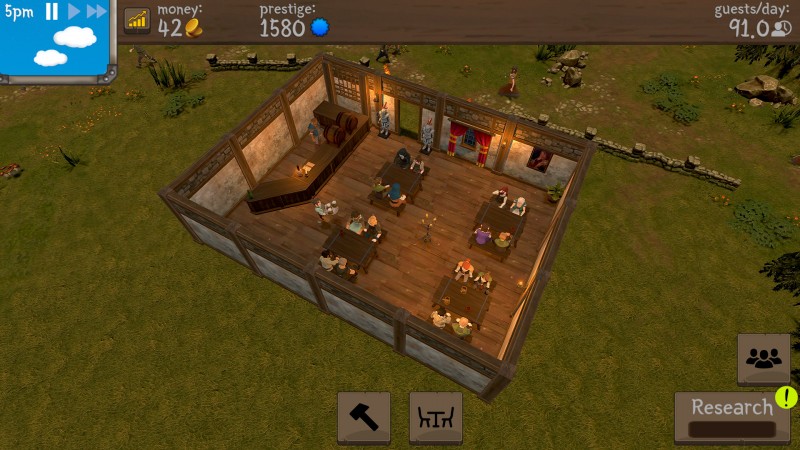 Have you ever thought about settling down after all that adventuring? Maybe setting up a small tavern with the fruits of your dungeon-delving labors? Tavern Master, coming November 16, will get you started. Growing your charming, medieval watering hole from a one-room establishment to a bustling kingdom of tables, servers, and refreshments won’t be easy. You’ll have to attract paying customers with special events and a good bard or two before you can expand your kitchens and guest rooms. 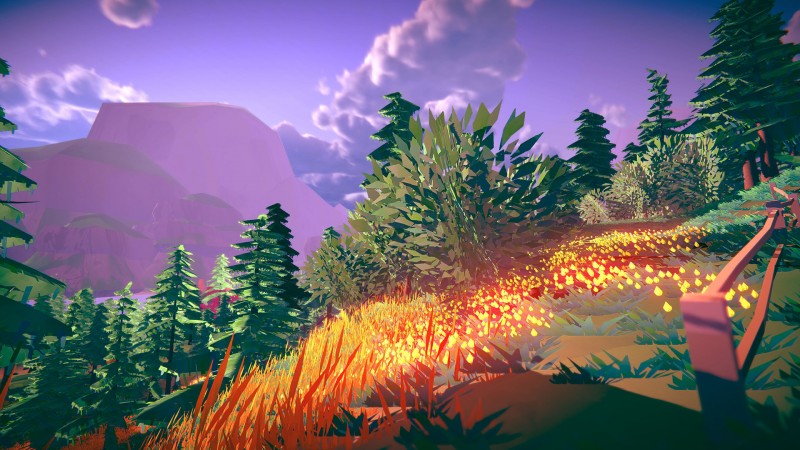 It’s hard to think of a better way to escape from the real world’s increasingly cold weather than hopping into a world filled with sun-dappled fields, shimmering lakes, and no pressure. Wandering Trails is all about peaceful exploration. With no combat – or even objectives beyond enjoying the scenery – you’re free to traverse the game’s 20 square kilometers of wilderness as you see fit. Equipped with a handy camera, you can snap creative shots of the game’s various wildlife, dynamic weather, or memorable landmarks. Or you can simply admire the view when the game releases November 17. 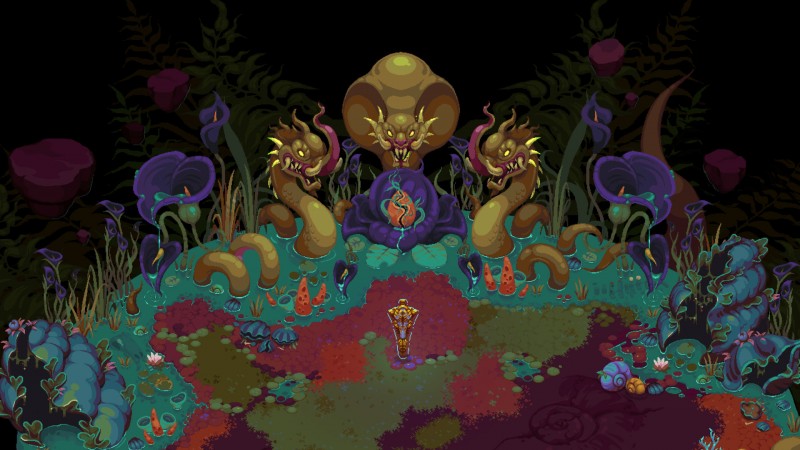 Launching November 18 on Xbox consoles via Game Pass and PC, Undungeon sets out to recapture the feel of action-RPGs of yesterday in a game designed for the modern day. Spectacular pixel-art graphics combine with frantic combat in this sci-fi adventure. The world’s detail is unbelievable, and every element of the game, including the smallest clump of foliage, is hand-drawn, according to the developer. The story is equally mind-bending as your quest to restore multi-dimensional order will lead to you crafting a multiverse after your own heart. 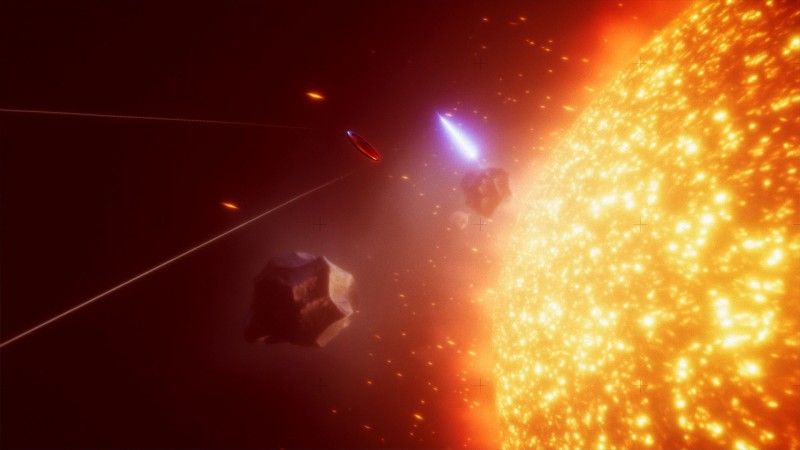 Changing pace from Undungeon’s combat-focused, pixilated sci-fi world, we move onto the incredibly naturalistic and mesmerizing alien journey in Exo One. This interstellar exploration title has been in development for nearly half a decade, with its expected 2020 launch getting pushed back a year. However, it’s set to hit Steam and Game Pass on November 18. The game places you in charge of a strange, disc-like craft which you’ll navigate through a multitude of absolutely stunning extraterrestrial landscapes. 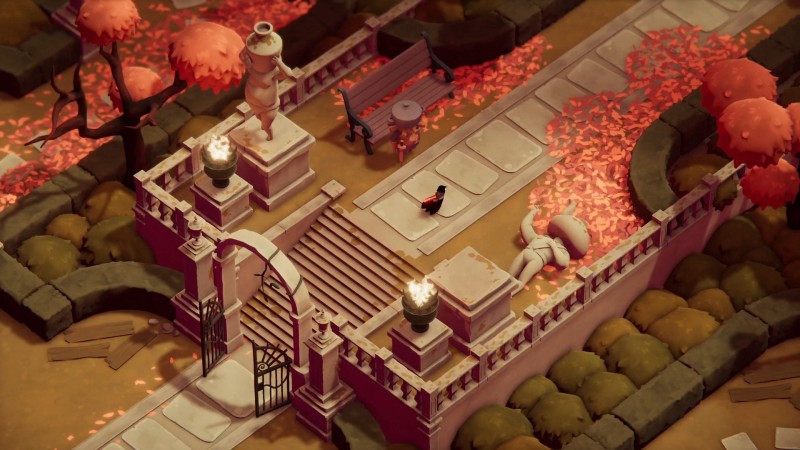 For many, Death’s Door is not only one of the best indies of the year, but one of the best games of the year period. The roguelike title starring a death-dealing crow was released this summer for Xbox consoles and PC, but the hit game is now making its way onto PlayStation platforms and Switch next week. Combat the forces trying to hold death at bay, travel through cleverly designed levels, and watch the narrative unfold as you overcome the game’s difficult challenges. Death’s Door is landing on its new perches on November 23. 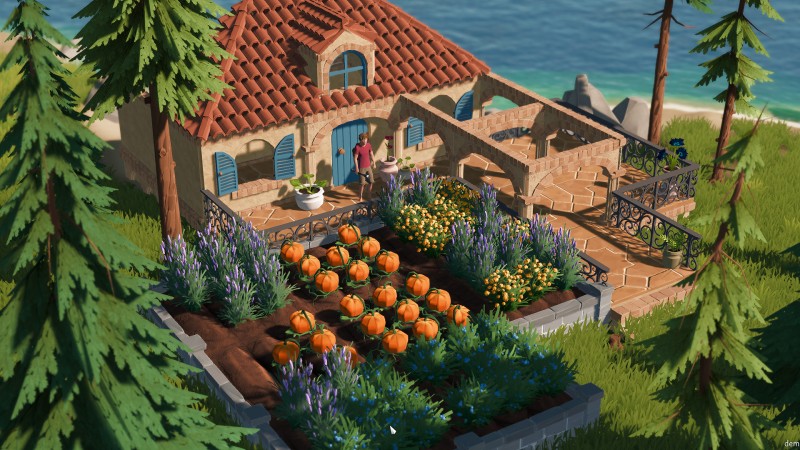 A little over a year since its successful crowdfunding campaign on Kickstarter, Len’s Island is entering Early Access November 26. Described as a blend of action, exploration, sim, and building, the upcoming title promises to cater to the “hardcore dungeon-crawler fans, home-builders and decorators, explorers and completionists, farming fanatics, collectible hoarders, and people who just want to live the simple life of chopping trees as the sun goes down.” On top of all that, Len’s Island seems to have a dark secret lurking beneath its idyllic shores.

There’s a blizzard of small titles heading this way, and even though this round-up series is at its end, you won’t get left out in the cold. Here’s a helpful list of some major releases falling with the snow during the rest of the year. 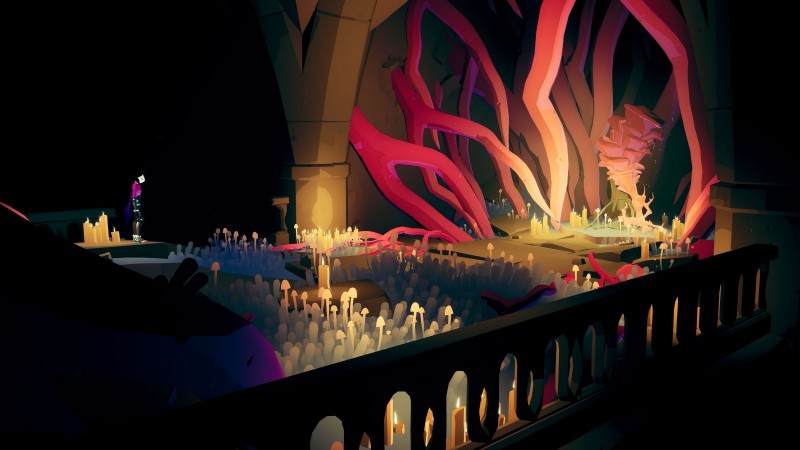 After its delay a few weeks ago, Solar Ash is skating in before the close of the fall season. Lively in look and action, this colorful title follows the void runner Rei in her quest to save her home from the growing threat of the world-swallowing Ultravoid. Leaping into the rift, players will dash, grind, and grapple their way through the void. Along the way, you have to defeat giant foes, attacking weak spots found on their bodies – like a neon-dipped Shadow of the Colossus. Solar Ash is slated to release December 2. 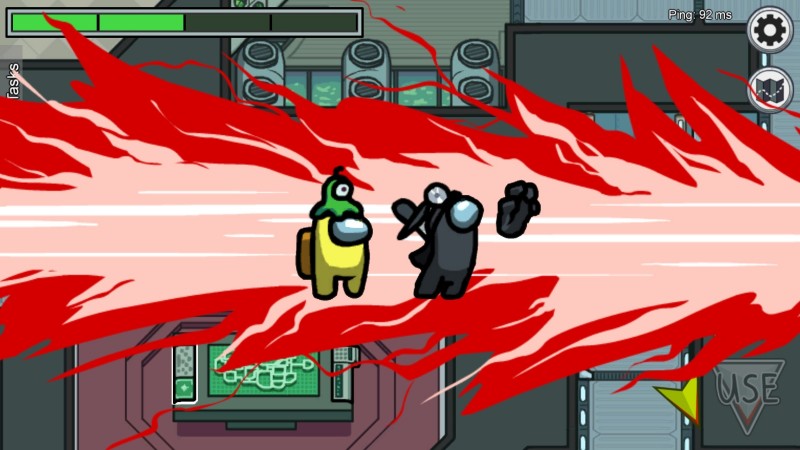 Among Us’ PlayStation and Xbox console debut is set for December 14 – just making it in before the jaws of winter close in around us. The social deduction/friendship-ending murder simulator saw an unbelievable surge of popularity on the PC in 2020, but now everyone is invited to join in. With the game’s recent update adding in much-requested roles and in-game currencies, there are a lot of reasons for new and returning crewmates to log a few hours in Innersloth’s killer title. 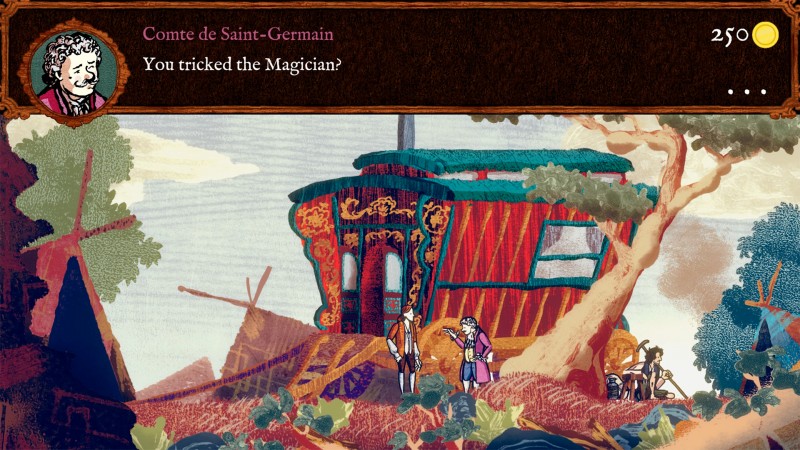 Get ready to make your way to the winner’s circle when Card Shark, from developer Nerial, gets dealt later this year. With an irresistible hand-drawn art style and luxurious backdrop of France in the 1700s, the game is a feast for the eyes. But Card Shark’s gorgeous details aren’t the only thing you can lose your head over. Your opponents won’t suffer cheating in these high-stake contests, and some of the perilous games in this title aren’t the kind you play with cards. 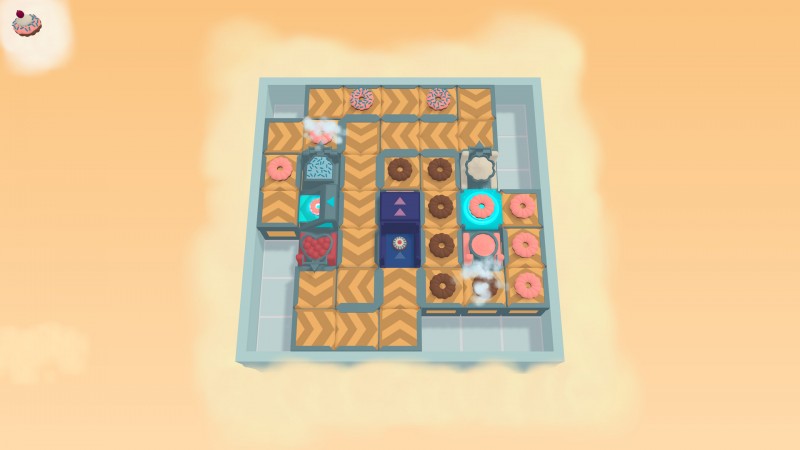 “Fresh apples, hot cider, and delicious maple bar donuts. The perfect fall day.” This quote, posted to the game’s official Twitter recently, is not wrong. So hopefully, this sugary puzzle project gets a delivery date before too long. In Freshly Frosted, it’s your job to make sure a host of delightful treats are properly adorned with icing, sprinkles, and more before reaching the end of the line. You’ll do this by setting up a winding maze of conveyor belts in and around specialized confection-making machinery. Send donuts, cookies, and more along the path in the correct order to move on to the next level, and maybe go out and reward yourself with a sweet snack afterward. 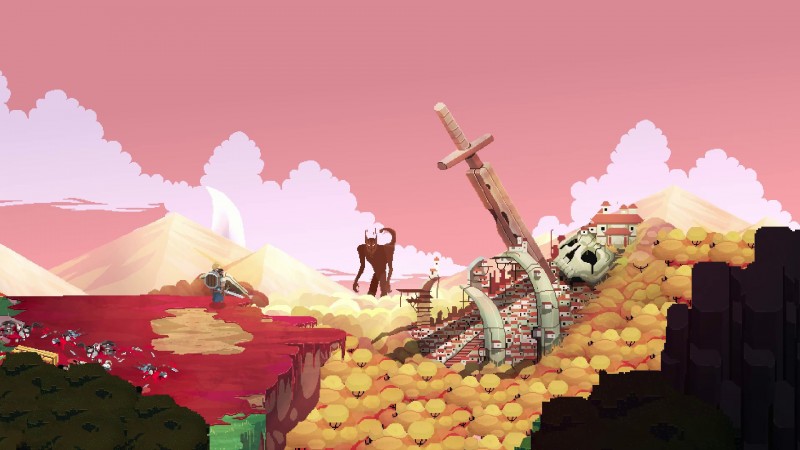 No Place For Bravery

Currently set for a 2021 release date, No Place For Bravery is a brutal action-RPG with pixel graphics to die for. You play as Thorn, an aging fighter trudging through a deadly world, taking on foe after foe in your quest to find your daughter. The top-down title has some vicious combat, and even the smallest enemy can take an unwary warrior down. Developer Ysbryd hints that the choice-driven narrative may equal the fighting’s brutality, with increasingly challenging moral dilemmas thrown at the player. Between navigating these choices and defeating foes, reuniting with your daughter will be an uphill battle. 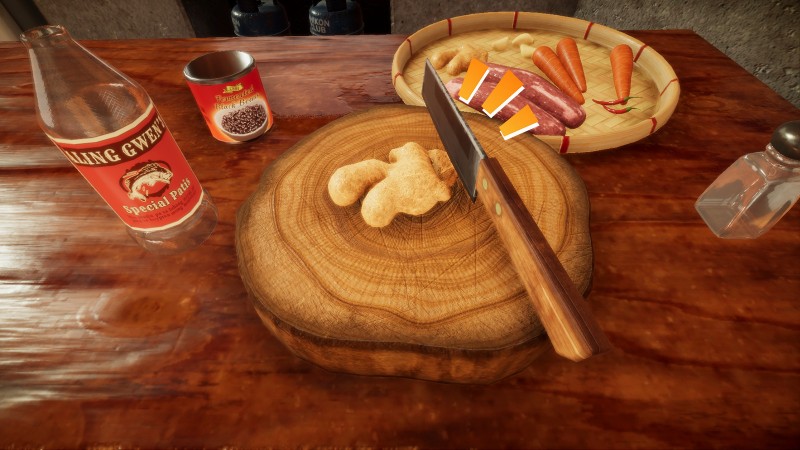 Soup Pot is ready to greet you with a sizzling hot bowl after a chilly day when it comes out later this year. And it’s not just limited to soup. This food-cooking adventure presents over 100 dishes to whip up and serve to your fictional social media audience. With several kitchen types to choose from, you can set up your preferred 3D cooking station before grabbing a handful of ingredients.  The game encourages players to explore with their cooking, mixing, and matching ingredients to see what will happen. 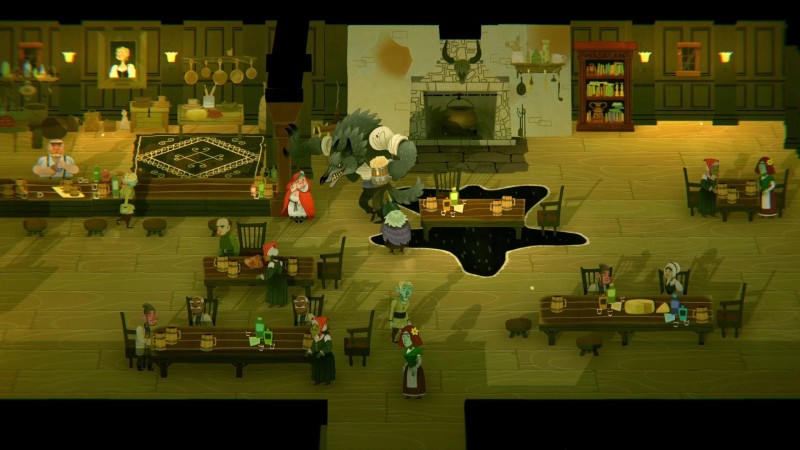 While the incredible-looking, fairytale-inspired world in Wytchwood appears ready for a knight in shining armor or a woe-begotten maiden to take the limelight, it’s actually a witch at the center of this tale. And once upon a time looks a little different through her eyes. Recently awoken from a mysterious slumber, the game’s atypical protagonist discovers she’s made a deal with a suspicious goat, and it doesn’t seem like there’s any getting out of it. Luckily, you have some magic on your side. Wytchwood is slated to release on PlayStation platforms before the end of fall.

Missed any of the indie titles in our Fall For Indies series? Check out the last entry here or grab the paper from the goose below to find the rest!