During The Game Awards 2021, Square Enix and Luminous Productions gave players a glimpse into the main antagonists of Forspoken. Each of the Tantas, who are the former rulers of Athia, feature a specific trait or virtue. In a new PlayStation Blog post, Luminous Productions’ Creative Producer Raio Mitsuno explained some of these Tantas and how they came to be. Furthermore, Mitsuno also revealed that Forspoken prequel DLC is planned for release in Winter 2022.

As they appeared in the new TGA 2021 trailer, the Tantas are the central antagonists of Forspoken. While they used to be celebrated rulers, at some point they became oppressive, twisted versions of themselves.

Tanta Prav, who appeared in the aforementioned trailer, is the former leader of the Athian justice system. Additionally, there are several other Tantas in Forspoken. Tantas Sila, for example, was the commander of Athian soldiers and symbolizes strength. 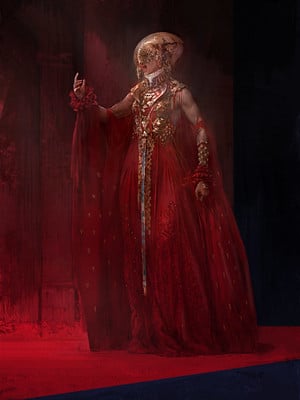 The studio also went to pretty significant lengths in designing these characters. Art Director Yuuki Matsuzawa noted that the team went so far as to make the outfits in real life and 3D scanned them into the game. Luminous Productions also utilized full mocap in bringing the Tantas to life.

If you’re interested in learning more about the Tantas themselves, Square Enix has plans to release the In Tantas We Trust DLC, which will serve as a prequel. Digital Deluxe Edition preorders will include early access to the content, which will launch in Winter 2022 after Forspoken‘s launch.

The post Forspoken Will Get Prequel DLC in Winter 2022 Focusing on the Game’s Villains appeared first on PlayStation LifeStyle.

Dear Evan Hansen, The Unforgivable, and every new movie you can stream at home this weekend