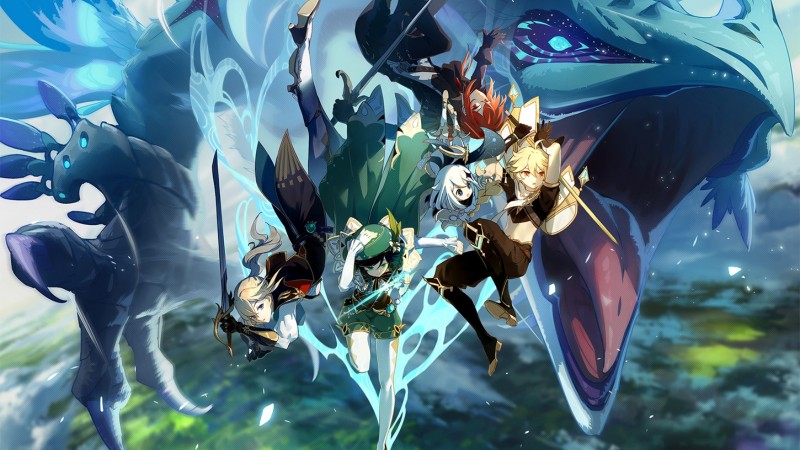 Genshin Impact update 2.0 will be revealed in an upcoming stream this Friday, July 9. Despite the numbering, this is the direct follow-up to the 1.6 update that went live last month. The announcement will confirm or deny the leaks and rumors surrounding the update’s content, which suggests that fans could be some major additions.

There’s no official word on what the stream will showcase but the biggest leak points to the introduction of the lnazuma region to the game. Other reports suggest that cross-saving across all platforms is also incoming, a feature currently available between PC and mobile only. Take all of that with a few grains of salt because, again, nothing has been confirmed officially, though it’s probably safe to expect some quality-of-life additions in the general sense. In terms of things we do know about, the Switch version of Genshin Impact is currently in the works (and was recently delayed). There’s a decent chance we could get an update on its status as well.

According to the Genshin Impact Twitter account, you’ll have to tune into their official Twitch channel to watch the presentation. Those of us in the States will need to set an early alarm because the stream begins at 5 a.m. Pacific/8 a.m. Eastern. If you can’t watch it live, the video will be uploaded to the game’s YouTube channel at 9 a.m. Pacific/12 p.m. Eastern.

2021 has been a busy year for Genshin Impact thanks to numerous updates that have brought a ton of content into the free-to-play game. These have included various in-game events, the addition of player housing, the launch of an enhanced PlayStation 5 version, and, of course, a bunch of new characters to spend precious primogems on. The game doesn’t appear to be slowing down anytime soon, which is probably good news given that it’s proven to be a quality experience and one of our favorite games when it launched last year.

What do you think Genshin Impact 2.0 will entail and will you be watching the event? Let us know in the comments!

Destiny 2: The Witch Queen Reveal Date Set For Next Month

How Marvel’s Guardians Of The Galaxy Uses Licensed Music