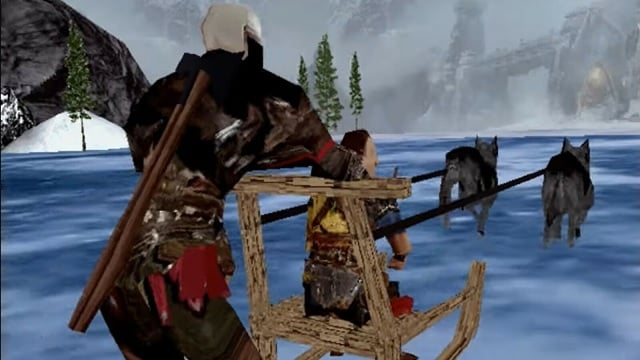 The God of War franchise may have quite a history, but the first game didn’t appear until the PlayStation 2 console was several years old. With the latest PS5 game drawing praise from all corners, one fan decided to see what the franchise could have looked like on the very first PlayStation console by making a God of War Ragnarok PS1 demake concept trailer.

The fan-made trailer takes the God of War Ragnarok launch trailer and remakes it with Playstation-era graphics. The 40-second trailer made by Youtuber Jackarte even comes with a PlayStation start-up screen. There are appearances by Kratos and a very wonky-headed Atreus, as well as Freya, Thor, a black void that represents Odin, and Tyr. There’s even an attempt at a clumsy handshake between Kratos and Tyr that turns into an extremely uncoordinated fist bump.

Unfortunately, this is the closest players will get to play the game on any console other than PS4 and PS5. Unlike the Bloodborne PSX demake which was a real game, albeit smaller than its source material, the God of War Ragnarok demake is a fan-made concept and nothing more.