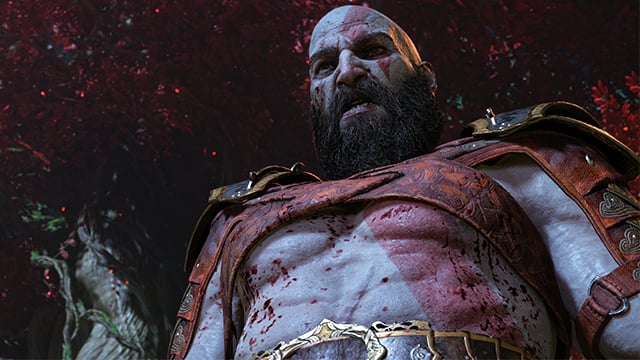 God of War Ragnarok follows a tough act, with 2018’s reboot achieving critical acclaim and securing many high scores. It was a unanimous success, despite the risks taken by Santa Monica Studio in transporting the beloved PlayStation anti-hero Kratos to a new mythos and replacing his mighty Blades of Chaos with… a naive child. Fast forward four years later and we have Ragnarok, arguably the most hyped PS5 release of the year, with a name that promises an epic culmination of gods versus fate in an apocalyptic battle. In a series where the central message is “be better,” can this sequel follow its own advice and deliver a worthy successor?

The sequel takes place three years after God of War (2018), with that game’s final act triggering the start of Ragnarok, as had been foreseen. Despite Kratos and Atreus’ best efforts, events were set into motion, just as it was foretold. Unable to shake the shackles of fate, and burdened by the promise of his own death, Kratos has been training Atreus to survive without him. That is where the sequel picks up, with the pair taking shelter from Fimbulwinter, an unending snowstorm that precedes the apocalypse.

Much like the reboot, Ragnarok starts with a big bang: a chase sequence and multiple boss fights that take place within the first 90 minutes. If you thought the first fight with Baldur was cool, then you’re going to love Ragnarok’s opening, which builds upon the same structure as its predecessor in ways that match its more epic scale.

Kratos and Atreus’ adventure in Ragnarok is much more comprehensive when it comes to exploring the many realms. The 25+ hours it takes to navigate the main story missions feels suitably epic without becoming a drag. It’s just a shame that some of the pivotal plot points aren’t as well-executed as I’d have hoped, leading to various anti-climatic moments in the story. Sadly, the ending is one of these moments, with Ragnarok struggling to stick the landing when it comes to tying up its various plot threads.

Despite some of the lackluster story elements, Ragnarok still provides a fantastic journey for its many excellent characters, all of whom help to bring appropriate levels of drama or levity to the situation with incredible acting and animation from a much wider cast this time around. They are one of the major highlights in Ragnarok, and I found myself hanging onto every characters’ word to get more insight into the story and its setting. They can be hilarious, too, with Sindri and Brok coming out with some fantastic lines that perfectly complement Kratos’ more stoic demeanor.

With God of War Ragnarok leveraging the additional power of the PS5, it’s no wonder that it looks and performs even better than the 2018 release. Despite opting for the graphics mode that prioritizes 60 FPS and forces the resolution to drop a little, Ragnarok’s many realms look stunning and I’m excited to make full use of the Photo Mode that is coming post-launch.

Load times are good, too, with the Yggdrasil tree once again used in place of a loading screen. Loading is well-disguised and the seamlessness helped to keep me feeling immersed during my marathon sessions.

The only hiccup I noticed with the game’s presentation was the texture of hair and fuzzy clothing. They can quickly blur and unblur during cutscenes which I found a little distracting. Other than that, I can’t fault Ragnarok’s visuals or performance.

Santa Monica Studio has taken many steps to make God of War Ragnarok’s combat better. One of my main complaints about the 2018 reboot was a lack of enemy variety. This isn’t an issue with Ragnarok, as every realm has its own set of creatures each armed with its own arsenal of attacks, as well as elemental strengths and weaknesses.

Elemental attacks play a bigger role in Ragnarok, with Kratos able to charge his weapons to dish out more damage. Mixing fire and ice is often key to winning some of the tougher fights, which encourages tactical weapon swapping between the Leviathan Axe and Blades of Chaos. Battles often require a bit more thought, rather than wild button-mashing, which is refreshing.

Though there are new shield types to equip and a deeper risk-and-reward system centered around parrying, there’s no dedicated skill tree for bare-handed fighting. This was a big part of the 2018 release’s combat system, so players will need to adapt to Kratos’ elemental-focused fighting instead.

Kratos still feels brutal and his Spartan Rage is suitably unstoppable, but his skill set has been refreshed to provide more options in battle, both at closer ranges and from further away. Battlefields have also been expanded to often include higher ground, with elevation playing a role in how Kratos and his enemies move around the area. That verticality can be used as a weapon, too, with Kratos smashing down from above.

The wide range of accessibility options is fantastic to see as it makes the game available to a larger audience. There’s a long list of features that players can enable to help provide a more comfortable experience.

There are five difficulty options in total, ranging from a Very Easy variant to Very Hard. I found playing through on Normal to be much more challenging than I had anticipated, potentially due to me leaving a lot of side quests until after I completed the main objective. For those who just want to roll through the story, the option is there, and for masochists who want to make the experience near-impossible, you can do that, too.

Ragnarok’s combat is near-flawless. It’s satisfying in all of the right ways and never feels wildly unfair, at least on Normal. My only complaint is the killing animations, which can become repetitive when you’re tens of hours in. That’s a minor point, though, as it’s tough to get bored of the wild decapitations and dismemberment that Kratos unleashes.

When he isn’t chopping off heads, Kratos is exploring. There is a hell of a lot to see and do in Ragnarok, with minibosses that need slaying and puzzles that need solving. Those aiming for 100% completion will have to invest 70+ hours.

The combination of Kratos’ godly movement speed and the fast travel points make exploring more attractive and less of a grind. Many realms have their own semi-open section, which are often pointed out by Mimir as great places to kill time when taking a break from the main story. Players can just ignore those prompts, however, as it’s all optional.

I can see a lot of PlayStation fans hunting for the Platinum Trophy, as the side missions that I’ve completed thus far have been of very high quality. For those who do take the time to explore, unique armor sets, special attacks, and buffs await.

When it comes to Ragnarok’s puzzles, those hindering main mission progression are usually pretty simple. If players can’t solve them, characters will sometimes shout out with a hint, which is a neat touch. They’ll also let Kratos know to come back later if he’s missing a key item, which can save a lot of time and headaches. Nonir Chests, on the other hand, are once again tricky to solve and demand some clever thinking.

While God of War Ragnarok manages to “be better” with its presentation, combat, and exploration, its story falls a little flat with too many should-be standout moments failing to land. However, for those who can focus on the near-perfect journey rather than becoming all-consumed by the disappointing destination, Ragnarok delivers an epic sequel that is better in almost every way, further bolstering the catalog of must-play exclusives wielded by PlayStation.

God of War Ragnarok was reviewed on PS5 with code provided by the publisher.