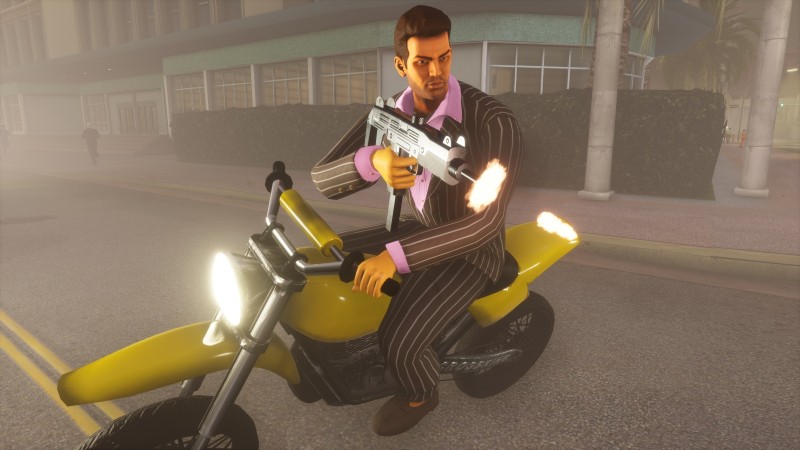 Rockstar Games has a couple of updates for its recently released collection of Grand Theft Auto games from the PS2/Xbox era. First, the physical editions are being delayed, but only by ten days. A tweet from the company announced the change in date on Twitter, saying you can get your actual mitts on Grand Theft Auto: The Trilogy – The Definitive Edition on December 17 instead of the originally planned December 7.

The release dates for the physical versions of Grand Theft Auto: The Trilogy – The Definitive Edition have changed.

Xbox Series X / Xbox One and PS4 will now release on December 17. The Nintendo Switch version is coming in early 2022.

Tangentially, The Trilogy launched digitally earlier this month in a state that fans weren’t too happy about, awash with graphical issues, performance woes, and overly-intense downpours of rain. Since then, Rockstar has issued patches to the trio of products in an attempt to make good on the original promise of the remasters. Today, a new set of fixes have been added, alleviating over 100 issues spanning all three games. Even the cinematic camera that was missing from the initial release has been restored. Here’s a few fixes from the big list:

You can see the entire list of fixes on Rockstar’s support site here. The changes listed are for all versions except Switch, which will be receiving adjustments in a few days. It just goes to show porting games can be hard to do, especially when the project involves three large sandbox experiences across half a dozen platforms. These updates are a huge step in the right direction to getting these games in the condition they deserve, though I’m sure many more patches are coming for the GTA trilogy in the near future.

What have your experiences with GTA The Trilogy been like since launch? Are these patches fixing your primary gripes or are there other aspects you’d like to see addressed? Hijack a spot in the comments and let us know your thoughts.

God of War or Red Dead II? Drafting The Best Games Of 2018

Five Things Halo Infinite Needs To Do In 2022

Remembering The History And Lore Of Halo Reach | Video Gameography