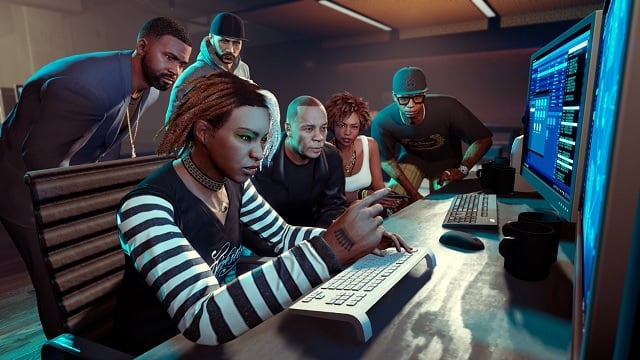 Part of the GTA V source code has apparently leaked online before being rapidly removed by a DMCA takedown. The source code included content from two different builds of the game, including some data that never made it into the final version of Grand Theft Auto 5 on any platform.

The content reportedly leaked in the GTA V source code

The leaked source code allegedly included scripting functions, turntables, developer notes, some parts of the anti-cheat, and even some content that never made it into the final version of Grand Theft Auto V according to DSO Gaming. It’s difficult to verify any of this data seeing as the leak has since received a DMCA takedown, although Reddit managed to capture a screenshot of some of the files before their removal.

The GTA V source code was reportedly stolen at the same time as the massive GTA 6 leak back in September. Developer Rockstar’s parent company Take-Two Interactive later confirmed the leak to be real and the hacker was later arrested and charged with computer misuse. It was reported the hacker managed to sell the GTA V source code before his arrest and the buyer then attempted to sell the source code himself. Although none of the GTA V theft details were ever confirmed, the alleged leak does add more fuel to the fire.