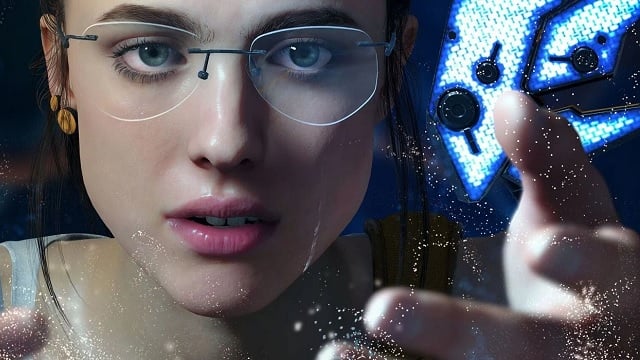 Overdose screenshots have begun to circulate around the internet, revealing actress Margaret Qualley as part of Hideo Kojima’s upcoming project. Known insider Tom Henderson had reported earlier today that the screenshots were being shared in various private Discord servers, noting that the screenshots seem to be from an Overdose video that he reported on earlier this year.

Since then, Polish publication ppe.pl has posted the screenshots, which Henderson has verified in a separate tweet. So while Insider Gaming reported that the images were deleted from the private Discord servers within minutes of them being posted, they have already made their way around the web. The shots appear to show Margaret Qualley, who played Mama in Death Stranding, in a blue dress.

As we reported in June, Henderson revealed the first information on Overdose, with him claiming to have seen early footage of a character played by Qualley in reportedly the same blue dress who is seen walking through dark corridors with a flashlight. The footage ended with a jump scare and a ‘Game Over’ screen followed by ‘A Hideo Kojima Game… OVERDOSE.” The report was significant enough for Kojima Productions to request that it be taken down.

Henderson believes that this footage could be of Kojima’s project with Xbox and is not from Death Stranding 2, which has been apparently confirmed through a leaked Sony document. Kojima Productions has not yet officially announced Overdose.