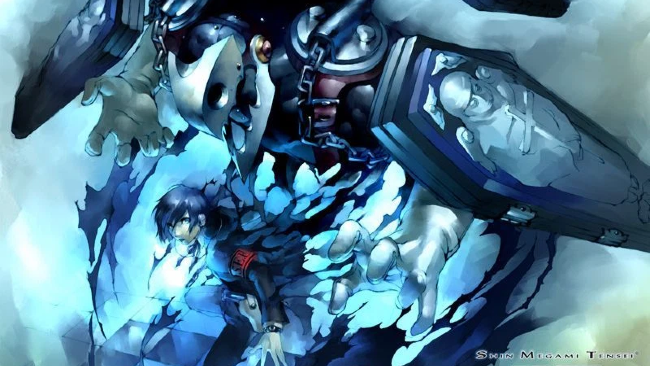 With the recent teaser from Atlus that there would be seven new Persona related projects announced from September onwards in celebration of the franchises 25th anniversary, fan predictions and wish lists have been a hot topic across forums and social media. A potential Persona 6 announcement is what has most people’s attention, but one of the other more widely discussed possibilities is the baffling desire for a Persona 3 remake. At a surface level, a remake of a flawed classic doesn’t seem like a bad idea, but some of Persona 3’s most glaring points of criticism either can’t be easily fixed, or are so minor that a simple port with a couple of quality of life features could remedy them.

The most common criticism levied towards Persona 3 is its gameplay, with the game’s ever-expanding singular dungeon, Tartarus, being the main point of complaint. In a theoretical remake, this dungeon would need to be altered, but to change the form is to also change the function. To put it simply, the way that Tartarus is implemented into the game means that altering it drastically would necessitate a rework of the entire game.

Outside of key boss fights, Tartarus is where the bulk of the gameplay takes place. Throughout the game, the party revisits Tartarus, gradually ascending it to grow stronger while also seeking out the answers behind its inception. It’s a giant dungeon that spans over 250 floors, and due to its size, it’s near-impossible to create a more hand-crafted and deliberate iteration of it that would be more comparable to the dungeons seen in Persona 5, or other Shin Megami Tensei titles. The only way to make a more interesting and diverse Tartarus would be to reduce its size drastically, but that would negatively impact its presence in the story. Tartarus is intended to be an imposing and arduous undertaking, with its lack of concern for architectural logic, and constantly shifting layout making it mystifying and alien. It might not be as mechanically engaging as plenty of other JRPG dungeons, but within the context of Persona 3, its current depiction is essential.

Another point of contention towards the PlayStation 2 versions of the game is the inability to directly control party-members, instead giving them loose commands that they’ll interpret. Even director Katsura Hashino later went back on this decision with Persona 4 and 5, so the request for manual party control is reasonable, but this option could be included in a simple port. Atlus has shown a willingness to make quality of life improvements with its re-releases as recently as the manual skill inheritance option in the Shin Megami Tensei III Nocturne HD Remaster, so it’s a safe assumption that a simple Persona 3 re-release would also include similar minor updates.

On the topic of changes, a more concerning possibility is the idea of narrative changes, specifically the changes seen in Persona 3 FES and Persona 3 Portable, and how far Atlus might be willing to go for the sake of fanservice. I’ll be briefly discussing story spoilers, so feel free to skip to the next paragraph. In FES, Chidori can be brought back to life by interacting with Junpei on specific days and responding with certain dialogue choices, while in the female route of Portable, Shinjiro survives his gunshot wounds (granted, he’s still absent from the story until the end). Atlus clearly isn’t above gutting the stakes of the story and undermining its themes of mortality and death for the sake of cheap fanservice, and in a worst-case scenario an even more divergent remake could see this trend repeating to more detrimental results.

An often-cited reason for a Persona 3 remake is the inclusion of the female protagonist from Portable. The ability to select between male and female protagonists, with different Social Links, dialogue, and romance options has been a disappointing omission for a lot of fans in recent titles, but I believe the reason is the sheer amount of additional work it would take. The modern Persona games are already denser than a lot of other RPG’s in terms of the sheer amount of content they include, so to add the substantial amount of changes needed to make a female protagonist work, in addition to how much already goes into the games, is presumably unthinkable. If the implementation of Persona 3 Portable’s female protagonist is any indication, it’s far from a simple model swap.

Touching upon the logistics behind a remake, and how the female protagonist alone would be a lot of hard work to incorporate, the project in of itself would be a huge undertaking, requiring a team and a development cycle comparable to other big budget releases from Atlus. With Atlus’ future release schedule already being occupied by Shin Megami Tensei V in a few months, Project Re Fantasy sometime in the coming years (hopefully sooner than later), and an eventual Persona 6, the resources and manpower that a project of this scale would require seems unfeasible. The models from Persona 3: Dancing in Moonlight could be repurposed for a remake, which would reduce some of the work, but certain key Persona 3 locations and party members being visually improved is barely scraping the surface of what would need to be rebuilt from scratch.

Atlus gets a healthy amount of criticism for the lack of attention it pays towards its older titles, but if the Persona 3 remake requests are any indication, the fanbase is just as guilty. I’m not against remakes, but there needs to be strong justification. Why not start with remakes of the first Persona game and the Persona 2 duology before working up to 3? It would give fans of the later games a more accessible way to experience them, while also showing the older fanbase some much needed consideration. The gap between Persona 3 and 4 in terms of modernity is minor, and a few small quality-of-life tweaks via a simpler port to 3 would bring the two even closer.

The post Hot Take: Persona 3 Doesn’t Need a Remake When a Port Would Do appeared first on PlayStation LifeStyle.

Sony Has an ‘Interesting, Exciting, Fantastic’ List of Ideas for Future PS5 Updates