Skip to content
You are here
Home > IGN > How to Unlock Every New Agent Jonesy Style in Fortnite
Fortnite Chapter 2, Season 6 is finally here. With it comes new primal elements, changes to the island, and of course, a new Battle Pass. Season 6’s Battle Pass offers an assortment of cosmetic items, most of which are made available through continuous play. Other items – like the styles associated with the new Agent Jones skin – act as quest rewards. Unlocking these styles can be a little tricky.

How to Unlock All Agent Jones Styles in Fortnite

The Agent Jones styles are treated like the Mandalorian armor plates. Meaning, in order to unlock all of Agent Jones styles, players will need to first hit specific Battle Pass levels. Once done, they’ll be given access to the challenges associated with each style:

Below, you’ll find our guides on how to complete each Agent Jones quest.

How to Investigate an Anomaly Detected in Lazy Lake

The first Agent Jones challenge tasks you with investigating an anomaly detected in Lazy Lake. Seems simple enough. What makes this tricky is that Fortnite doesn’t actually tell you what the anomaly is or where to find it (beyond said lake).

You’ll want to make your way to Lazy Lake upon exiting the Battle Bus. Once there, check each house – I suggest heading towards the blue house in the North part of town. That’s where we found the anomaly which looks like an ethereal butterfly. You know, the thing Agent Jones turns into during the Zero Crisis Finale event.

Once found, the butterfly will head downstairs into the basement. Chase after it. After descending a few stairs, it’ll fly through a wall. Take down the wall and you’ll be greeted with the anomaly seconds before it disappears into a wooden structure. From here, all you have to do is solve a brief puzzle by activating four jewels; you’ll need to activate each one in the right order (Red, Purple, Blue, and Green worked for us) or risk restarting the puzzle. Once complete, you can snag the crystal-like item to unlock Agent Jones’ Jump 15 skin style. 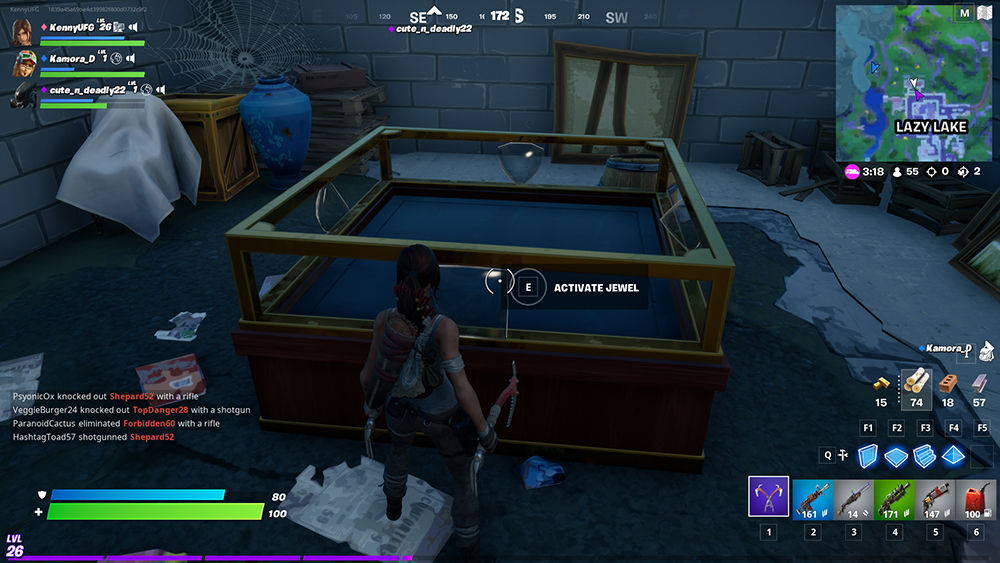 How to Investigate an Anomaly Detected on Shark Island

The second Agent Jones challenge sends you towards the top of the map. This time to investigate the anomaly (butterfly) on Shark Island. Instead of searching for it in random houses though, you’ll have to do some posing around the island.

First, exit the Battle Bus, head towards the North West side of Coral Castle, and land on the Northern side of the giant shark-like base. There will be a little patch of green facing a couple of palm trees. The anomaly will spawn out of a small projector a few feet in front of you. From there, it’ll fly towards two other projectors: First to the one in front and then to the one on the left. 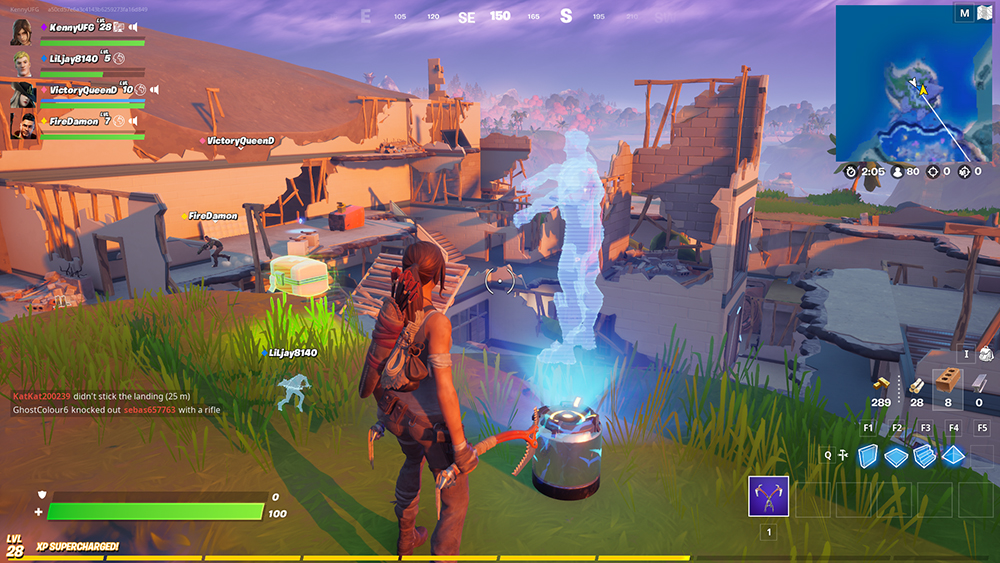 Build a ramp and walk up to the projector that was directly in front of you. To spawn the anomaly again, you’ll have to copy the action being projected; namely, Agent Jones crouching with a gun. Crouch (gun or no) and the anomaly should reappear before flying to the last projector. Head on over to the last project. This one shows Agent Jones standing with his arms in front of him. Activate a standing emote to spawn the anomaly.

After this, the anomaly will fly a few feet in front of you and transform into a crystal. Build a few platforms, walk over and claim your reward. Boom, Jump 23 is unlocked!

How to Investigate an Anomaly Detected near Catty Corner

The third Agent Jones challenge can be found near the bottom of the map. Once you hit Battle Pass level 49, make your way to the south-eastern side of Catty Corner (where the large bunker doors are). Run down the road towards the bunker to make the anomaly appear.

Follow the anomaly into the room on the right. Once inside, there will be a large vault with the word “boom” spray-painted on the wall. This is a hint; the only way to destroy the vault’s door is by using a specific explosive. Turn around, leave the room, and head to the right. There will be a few propane tanks with the word “boom” written on them. Grab one and head back to the vault. 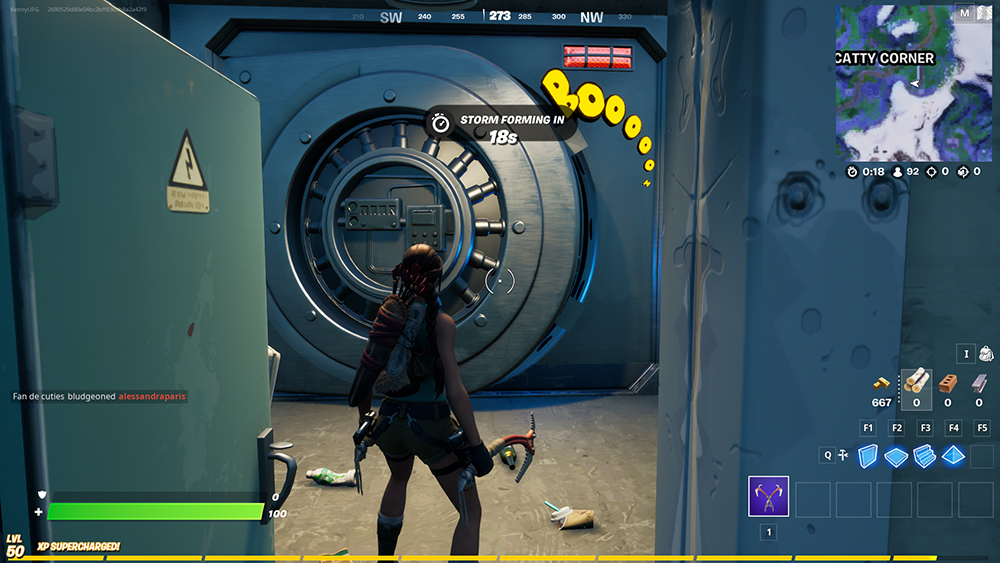 From here, all you have to do is place the propane tank next to the vault doors and shoot it/hit it with your pickaxe. Make sure to leave the room so you aren’t caught in the explosion. Once the door is open, head over and activate the floating crystal to claim Agent Jones’ Jump 31 skin style.

We’ll be sure to update this guide as we complete more Agent Jones quests and unlock new styles. For more, check out our Fortnite review and learn how to tame boars and wolves in Fortnite.
[poilib element=”accentDivider”]

Kenneth Seward Jr. is a freelance writer, editor, and illustrator who covers games, movies, and more. Follow him @kennyufg and on Twitch.