Sure, Ratchet and Clank: Rift Apart might be loaded up with PlayStation cameos and crossovers thanks to the rift-tearing RYNO 8, but did you know you can swap out Ratchet’s wrench and Rivet’s hammer for a keyblade that looks to be heavily inspired by the Kingdom Hearts weapon? The guns are the big draw in Ratchet and Clank, but sometimes you just want to get up close and personal with a melee attack, and you can unlock the ability to change out the traditional wrench for something a bit different.

Here’s how you can give Ratchet and Rivet a keyblade, along with an assortment of other implements with which to bash enemies over the head.

How To Get the Ratchet and Clank Rift Apart Keyblade

Giving Ratchet and Rivet the ability to wield a keyblade is as simple as collecting Gold Bolts. For every Gold Bolt you collect, you’ll unlock new modifiers and bonus features.

By earning 12 Gold Bolts, you’ll unlock the Wrench Swap Pack 1, which allows you to swap out Ratchet’s wrench for a variety of items. You can wield a couple of swords, a hammer, or even a fish. In the Gold Bolts menu, select the keyblade after earning 12 Gold Bolts—simply labeled “Key”—to have Ratchet look like he’d be right at home with Sora and King Mickey taking on swarms of Heartless. 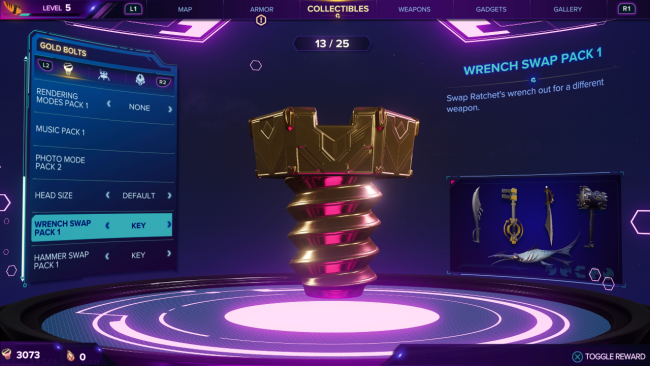 Likewise, finding and collecting 13 Gold Bolts will unlock the Hammer Swap Pack 1, which will allow you to do the same thing for Rivet. Simply select the “Key” option, and she’ll do her best Sora impression. This way both Ratchet and Rivet can wield keyblades in their adventures across the dimensions. Just don’t expect to run into any Disney characters. 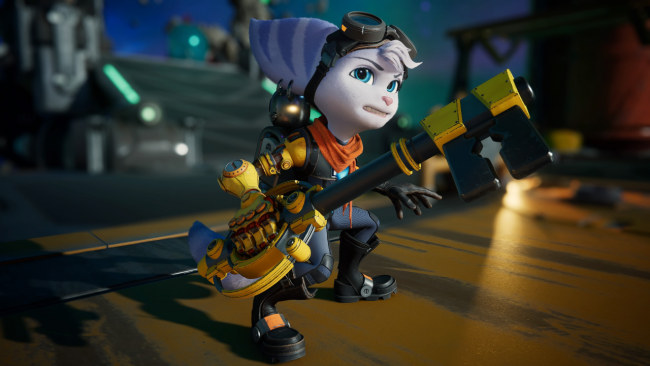 If you are keeping up with the collectibles in each world as you play, which isn’t too hard to do, you should unlock the keyblades for both Ratchet and Rivet by the time you finish up Blizar Prime. Enjoy the rest of the game pretending that Nefarious is a member of Organization XIII and his army of goons are swaths of Heartless and Nobodies.

And it’s as easy as that to get the Ratchet and Clank Rift Apart Keyblade.

Having trouble finding that last Gold Bolt on Savali? We’ve got a guide that will help you finish up the collectibles on this planet that’s a little bit more open than the rest of the environments in the game.

Don’t miss our full review for Ratchet and Clank: Rift Apart, which heralds the Insomniac title as a continued PlayStation legacy.

The post How To Wield a Keyblade as Ratchet and Rivet in Ratchet and Clank: Rift Apart appeared first on PlayStation LifeStyle.

While Everyone Was Distracted With Elden Ring, CD Projekt Red Confessed it Couldn’t Contain the Data Breach From Earlier This Year