I Saw Black Clouds is the latest FMV game to hit the PlayStation 4. Although published by Wales Interactive, this time the company has nothing to do with its development. Instead, that task is being handled by Ghost Dog Films and they’ve previously dipped into horror films with mixed results—their last film, Crucible of the Vampire, reviewed poorly. Unfortunately their debut game doesn’t fare much better.

The interactive psychological thriller tells the story of the unexpected death of Kristina’s friend Emily. Despite not speaking to Emily for a few months before she committed suicide, Kristina comes back to her home town in the county of Shropshire in time for the funeral. Struggling with the guilt of being so distant, she’s determined to find the truth behind her friend’s claims of hearing voices and seeing a ghostly figure who was goading her into hanging herself.

I Saw Black Clouds Review – Cursed in More Ways Than One

An interactive movie doesn’t have a lot for players to do in terms of gameplay, so the quality of the story is of utmost importance. This script isn’t brilliant, although you get the sense the actors are doing the best with what they’ve been given. The characters are only there to drive the plot forward, and that purpose is often at odds with their persona. There’s a reverend who is far too eager to talk about ghosts and curses despite a life rooted in the Christian faith. A special mention goes to the therapist with an intimidating bedside manner, whose “office” has a drinks trolley next to the patients’ couch while the rooms are filled with distracting pop art.

The retired doctor with little sense of patient confidentiality is one of the most interesting characters. He believes his distant relatives may be the reason behind the curse and is full of useful information to allow Kristina to get to the truth. The amusing thing is he usually follows it up with “I don’t recommend you do that” and there are no prizes for guessing what we do or who we see next. 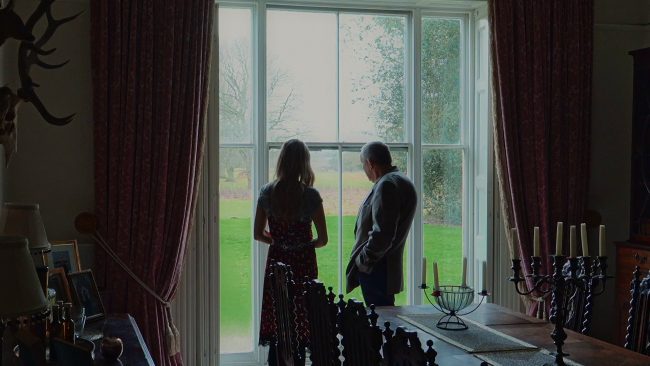 There are dozens of timed decisions to make throughout the game; my initial playthrough clocked in at just under 200 choices. If you run out of time while making a decision, the game will pick a choice for you. Those selections sometimes play out in new cutscenes based on your decisions, but there are moments where the game seems to ignore those choices. Decisions are supposed to affect the story traits of denial, acceptance, and guilt, each of which are tied to a separate ending. However, I made different decisions in two playthroughs yet still saw mostly the same cutscenes and got the same ending.

In other places the game does the complete opposite to your decision. In one case I had the choice to be cautious or run back to my friend. I chose cautious. Kristina ran back to her friend while frantically calling her name, which isn’t my definition of cautious. The worst part is the very end where the game doesn’t even pretend to care about your choices. If you pick the wrong choice, the game rewinds and you replay that section until you pick the ‘right’ sequence of choices. It almost seems as though Ghost Dog Films ran out of time or budget to film any more endings and it’s incredibly disappointing.

Decisions don’t just occasionally affect the overall plot; they also affect Kristina’s personality traits where she’s scored in honesty, strength, morality, tact, and introspection. As the ending cutscene plays out, Kristina’s friend summarizes her overall personality according to her choices, but these summaries are mixed up. In playthrough one where I made every effort to save my friends, Kristina was dubbed self-centered and selfish. In playthrough two where I saved Kristina’s backside at the first opportunity and left others to their fates, she was called kind-hearted and considerate. Most interestingly, the game also measures Kristina’s relationships with Charlotte and Jack. The problem is the former appeared so infrequently the relationship didn’t seem to matter, while I never spoke to the latter in two entire playthroughs with different decisions.

The story also has other continuity issues. There was one spot where Kristina suddenly acquired a head injury out of nowhere. There’s also a point in the middle of the story where it takes an unexpected twist. The doctor remarks to Kristina about the events so far being “not quite what happened” and she may want to have another go at retelling them. By “not quite what happened,” he actually means “not even remotely close” as the game’s story goes off on a completely different and seemingly unconnected direction to that we’ve seen so far. 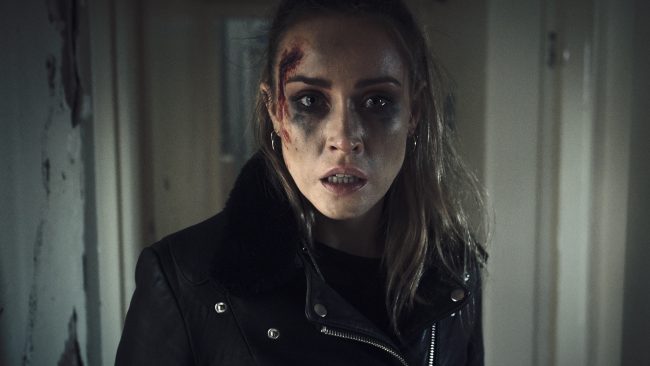 Story aside, there are moments where the game itself doesn’t play well. At one stage, decision options appear and the countdown starts before the prompts/questions have even been asked. By the time the player knows what decision they’re making, the timer’s run out. The game also suffers from the age-old issue with jittering as the game loads the correct cutscene after a decision. It’s an issue that has been seen in several of Wales Interactive’s FMV games, such as Late Shift and The Complex, yet nothing is being done about it.

Bearing all this in mind, it’s probably a good thing that the game is relatively short at just 2 hours for a single playthrough. The game relies on players going back to find all four endings to extend playtime and if you’re a completionist insistent on seeing every one of the game’s 579 cutscenes, multiple playthroughs might seem tortuous. The good news is you can skip all of the cutscenes you’ve previously viewed with R1, with the game halting only at decisions that need making. This cuts further playthroughs significantly.

I Saw Black Clouds Review – When Short is Good

I Saw Black Clouds has very little to redeem it. The characters are unrealistic and the plot twists and turns in an incoherent manner that introduces continuity issues. Player choices occasionally make a difference but are often ignored and sometimes even dubbed incorrect. Endings are mixed up and player relationships are pointless, plus the game can be buggy too. The irony is that Shropshire has its fair share of ghost stories and it even claims to be the most haunted county in the UK. Maybe the game would have been better telling one of those stories instead.

The post I Saw Black Clouds Review – I Might Be Better Blacking Out (PS4) appeared first on PlayStation LifeStyle.

Former Konami Employee Who Had P.T. Delisted Speaks Out

PSA: God of War Ragnarok “Leaks” Have Started Trickling Out

By World Games55 mins ago0

Sony May Have Taken Note of the PS Store Shovelware Problem