Kingdoms of Amalur was originally released way back in 2012 on PS3. Last year it received the remaster treatment, curtesy of Kaiko and THQ Nordic, to become Kingdoms of Amalur: Re-Reckoning. At the time I noted in our review that “The fluid combat, gripping story, and detailed lore makes this a thoroughly enjoyable experience”. But I also mentioned that “There’s not a lot of new stuff been added”. Well, that’s all changed now with the release of a brand new DLC – Fatesworn.

Fatesworn takes place after the events of the main game, which means that you’ll need to have an end game save file to experience it. Even though you managed to defeat the Tuatha warlord Gadflow and stop his evil plans, it seems that there’s a new war brewing. You’ll need to make your way to the mountainous region of Mithros to investigate a new threat that has emerged.

An increase in aggressive activity from the monstrous Niskaru leads you to learn about a new cult whose recruits are known as the Preordained. They worship Telogrus, a strange man who calls himself the God of Chaos. He and his many followers want to destroy the Tapestry of Fate and they’ll attack anyone who gets in their way, which of course means you. 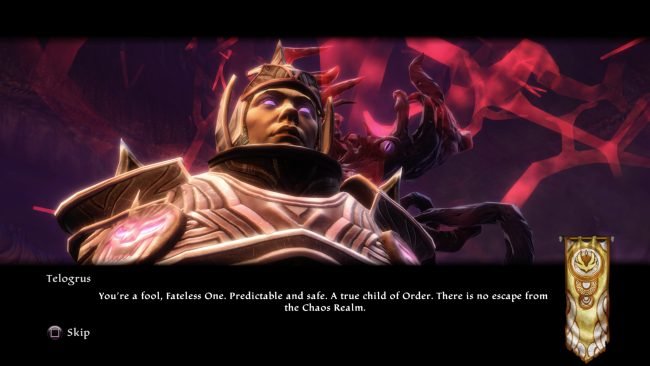 Even though Fatesworn has been written almost a decade after the original game, this feels like something which could have been released at the same time. The writing feels like it has a similar tone to the rest of the story which helps make it feel like Mithros has always been a part of Amalur.

While the main storyline is only around 6-8 hours long there are definitely times where it can feel a little bit bloated, with simple story quests which don’t really add much but just seem to be an excuse to send you back and forth across the map. It’s a shame as the story starts out strongly but seems to lose a lot of its momentum midway through.

As well as the main story there are also plenty of side quests to fill your time. While some of them tell interesting tales which help fill out your understanding of the people who live in Mithros, as well as the chaos cult, there are plenty more which are mostly forgettable “go to X, kill Y” type quests. While both the main and side quests are not as compelling as some of those in KoA, thankfully the combat is just as fun as the original. 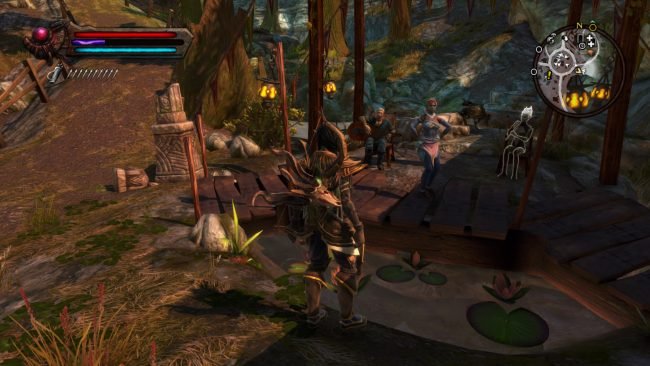 The level cap has been increased which is very handy as some of the new monsters you encounter are definitely a bit tougher. With huge Heavy Knights who can block your attacks with their massive shields and small chaos critters that self-destruct, you’ll need all the extra strength that you can get. An increase in the level cap is also another excuse to play around with the different combat styles and create your own hero which mixes the different magic, warrior, and stealth skill trees together.

There are a handful of features that are brand new to Fatesworn and they do add some much-needed freshness to the world. As you might expect, many of them are based around the new chaos threat. There are chaos rifts which keep pumping out Niskaru and other nasty monsters unless you seal them, as well as portals which will send you to new types of procedurally generated dungeons.

You’ll also come across enemies who wear special chaos armor which you won’t be able to damage unless you have chaos weapons. There are even new potions and gems to craft which will need the essence of chaos to create. None of these things drastically change the gameplay but more of the same isn’t necessarily a bad thing. 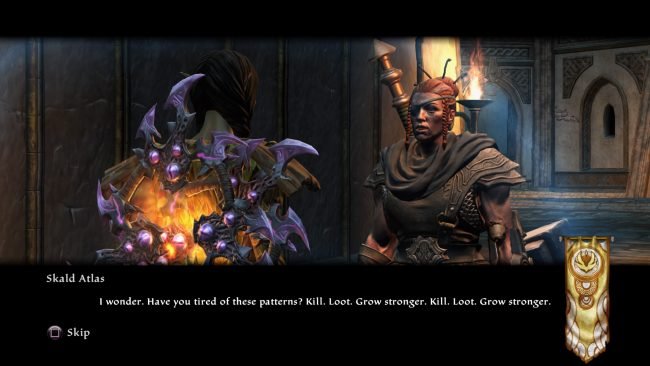 Kingdoms of Amalur: Fatesworn DLC Review – More of the Same

The new area of Mithros feels very big and has a number of different settlements and environment types for you to explore. When you first enter the region, you’ll be in a pleasant looking grassland but as you travel deeper into it you’ll get to see more snowy and mountainous areas. Don’t expect to be blown away by its beauty though. While it has the same colorful and cartoony graphics as the rest of the game, which means that it feels consistent, it does feel a little dated now.

While some aspects of the story are a little forgettable, if you enjoyed the original Kingdoms of Amalur then it’s a fairly safe bet that you’ll get some enjoyment out of this expansion. Being reunited with old friends and hearing that they still have the same voice actors is definitely a really nice touch. The new chaos features don’t massively change the gameplay but having a raised level cap means that there’s even more reason to experiment with your character build and enjoy the fun combat.