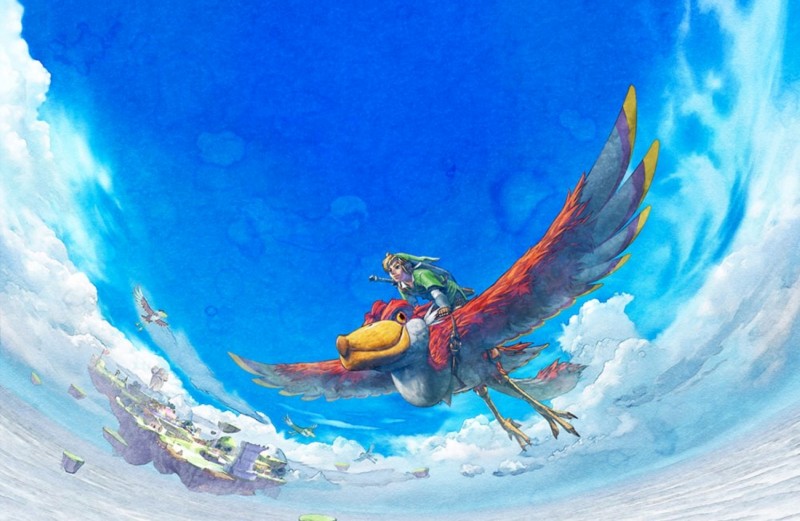 Earlier today, we shared a first look at the latest Amiibo to join the Nintendo lineup for the Legend of Zelda: Skyward Sword HD remake coming to Nintendo Switch. The Amiibo is stunning, but there is an unfortunate downside to its availability. For those that were looking forward to being able to fast-travel, the new Amiibo becomes a “must-buy” instead of just a “want-buy.”

The new Zelda and Loftwing Amiibo are detailed and adorable, but also come bearing a paywall. For those that played the original, you may remember that traveling between locations was somewhat limited due to certain point locations being available. This is still very much available in the game but limited in its original iteration. With the new Zelda and Loftwing Amiibo, players will be able to travel with more freedom. While this feature is pretty neat, it is restricted to just the Amiibo at this time.

Amiibo brings many awesome features to games, including unique cosmetics, character inclusion, and even special attacks. There is always a line between what is and isn’t considered predatory in terms of monetized extras in any game. Amiibo has done a good job at toeing this line, not crossing over into grey pay-to-win territory. I don’t think this feature lock could be considered crossing that line by any stretch. Still, I do think it’s important for consumers to note considering this is a feature that is highly requested and impacts gameplay progression in a pretty profound way, doubly so since this was not a feature in the original.

For those that love Amiibo as I do, you’ll also probably know that this isn’t the first time a feature was locked behind these adorable little figures. In Legend of Zelda: Breath of the Wild, Wolf Link was tied to purchasing that particular Amiibo that was released for the Twilight Princess HD. That backstory is important for context regarding Amiibo and Nintendo franchises, especially when looking at other Zelda games and titles like Super Smash Bros.

You can see the Loftwing Amiibo in action in the video at the top of the article.

Thoughts on Skyward Sword HD and the Zelda and Loftwing Amiibo? Did you expect fast travel to be locked behind an Amiibo purchase, or are you disappointed that feature isn’t in the game itself organically? There are points to both sides, so speak your truth in the comment section below!

The Falconeer: Warrior Edition Heads to PS5 and PS4 This August Now That its Xbox Exclusivity Period Has Ended