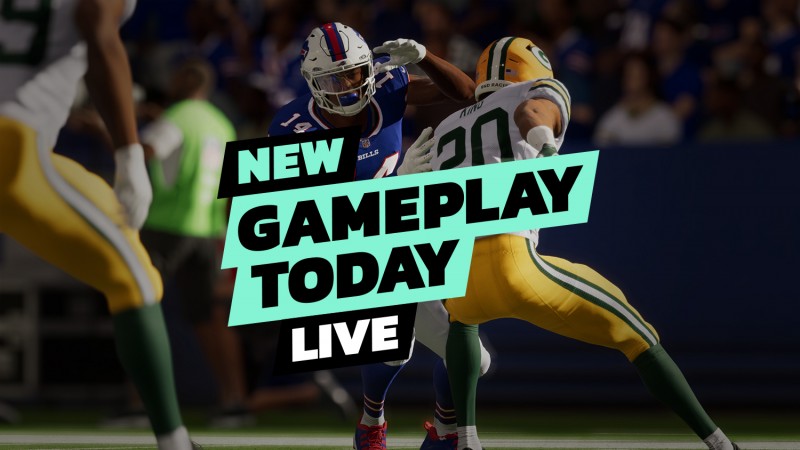 We’re nearing the end of summer, and the football pre-season is finally underway. This also means that the next installment in the long-running Madden franchise is around the corner. Madden 22 has a lot to prove as the series’ second title on next-gen platforms. The MUT mode will likely bring back serious competitors, but gameplay tweaks, new stadium interactions, and Franchise changes could be the difference-maker this time around.

On this episode of New Gameplay Today, the incredible Alex Stadnik and Jason Guisano will be going head-to-head on the gridiron, discussing their experiences with the Madden IP as well as our thoughts on the new game. So if you’re a fan like me that desperately wants Madden 22 to be a revolutionary shift for future sports games, then swing by at 2:30 CT! Let’s talk football.

“New spectator animations deliver a stronger sense of realism and presence, and the remastered crowd sound makes those big moments in games feel more impactful,” said our own Brian Shea about his early impressions. “Not only that, but the modifiers that the new momentum meter and home-field advantage add give appropriate boosts most of the time. Improved blocking makes the running game more effective, and I like the increased catching responsiveness for the passing game.”

If you’re looking for even more gaming goodness, you can also head over to our YouTube page to catch up on other interesting adventures like Action Arcade Wrestling and our Pokémon Presents Predictions.