Today’s PlayStation State of Play kicked off with an exciting announcement. Polyarc is developing Moss: Book II for PlayStation VR. A sequel to one of the best VR games of all time, Moss: Book II will follow the player (dear Reader) and Quill immediately following the events of the first game. Check out the announcement trailer below:

While details are still scarce at this time, the trailer gives us a quick glimpse at some new environments, interactions, and other elements of the journey that Quill will go on next. Moss: Book II will follow the formula of the first game, allowing the player to become a critical character within the world itself, and further letting players continue to build the bond with Quill that began in the first game. Things pick up just after rescuing Quill’s uncle Argus at the end of Moss.

Their adventure continues with the revelation that a winged tyrant leading the Arcane forces has turned its focus on Quill and is now on the hunt for her within the hexed castle where her uncle was held captive. Lined with dangerous terrain, challenging puzzles, and enemies twisted in fire and steel, Quill’s journey will be trying—filled with triumph and heartbreak alike—but new allies, old friends, and the very nature of the castle itself can help as she works to save the world from a great unmaking.

With Book II, Polyarc wants to once again help players experience “the joy of physical interaction and the power of the emotional feedback” that is uniquely possible with virtual reality. Of course, it won’t just rehash what the first game already did. Players will experience “new mechanics, environments, enemies, and abilities,” featuring things like the ability to charge Quill’s weapons as the player and “nature attunement” that can open up new pathways. Everything is in the interest of adding those emotional connections and immersion in the world, story, and characters. 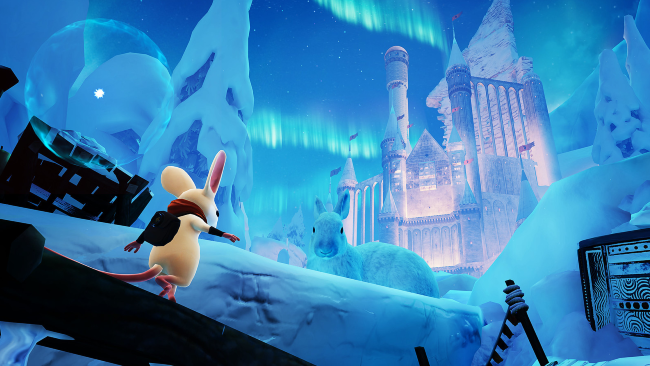 The announcement doesn’t come with a release date (or even a release window), but Polyarc says it is excited to share more in the coming months. Whether or not this news will include anything about Sony’s next-generation PSVR headset remains to be seen. Right now Moss: Book II is simply confirmed in development for “PlayStation VR.”

To get a better idea of just why Moss is so special, read our review of the original game.