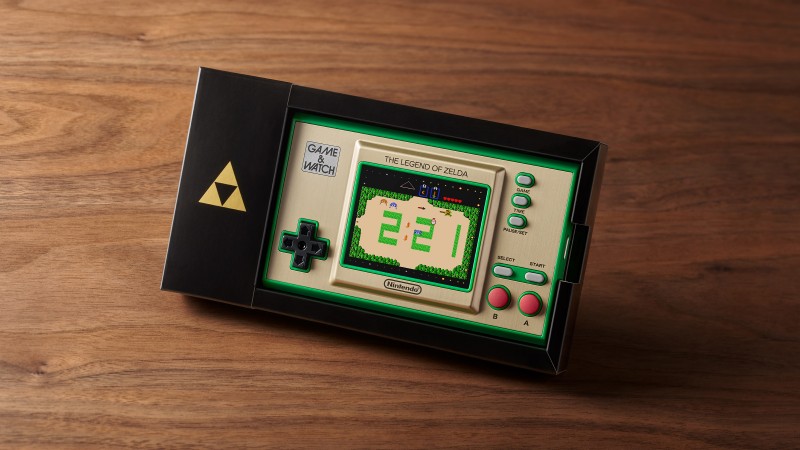 This special Game & Watch is Nintendo’s way of celebrating the Zelda series, which turns 35 this year. The system also has a couple of neat time-keeping features – after all, it’s called a watch for a reason. In addition to playing four games, this Game & Watch features a playtime clock themed after The Legend of Zelda and an interactive timer based on Zelda II. Nintendo did something similar with Mario last year, so it’s cool to see this trend continue.

The Legend of the Zelda is one of Nintendo’s marquee franchises. Not only was it one of the earliest open-world games, but it helped pioneer the action/RPG genre. If you haven’t played these early titles, they might be worth a look, and this new Game & Watch makes them incredibly easy to pick up and play wherever you are.

If you’re not familiar with Game & Watch, this series of handheld electronics were manufactured by Nintendo starting in 1980 and was a big part of the company’s success, and one reason Nintendo continued to push into the gaming market with systems like the Game Boy and the NES. The classic system is so beloved that some modders have hacked old Game & Watch systems so they could play Doom.

Nintendo’s The Legend of Zelda-themed Game & Watch will be available starting on November 12 for $49.99, and you can check it out on its official site.

World War Z: Aftermath is the ‘Next Evolution’ of World War Z Heading to PS5 and PS4

Advance Wars 1 + 2 Are Being Remastered For Switch, Arriving In December