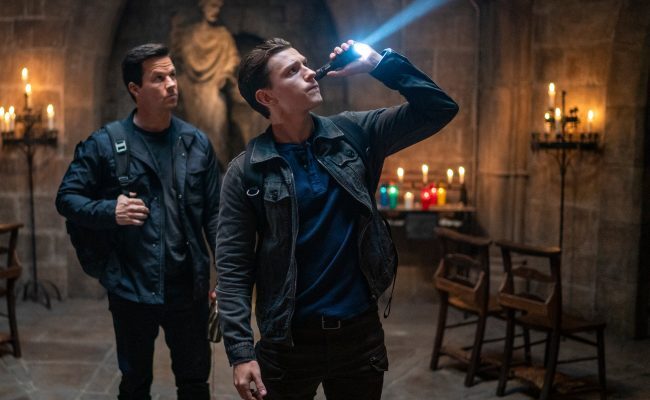 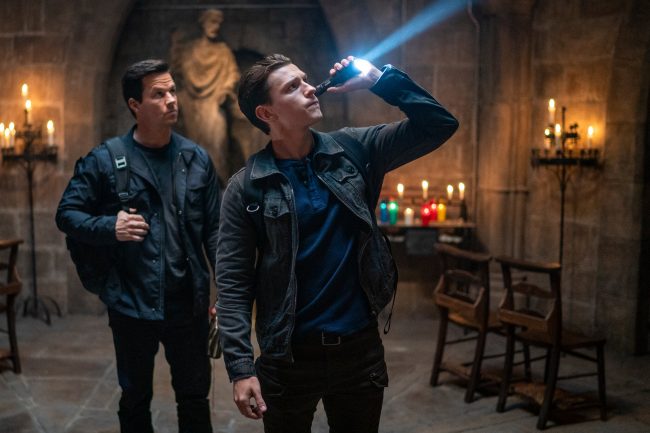 A new image from the upcoming Tom Holland-starring Uncharted movie has been released via an article in the New York Times, but you’d be forgiven for not noticing at first glance. After all, nothing about the picture screams Uncharted in any way that matters. The image features both Tom Holland’s Nathan Drake and Mark Wahlberg as Sully, though neither has any kind of defining features that would identify them as either character within the Uncharted universe. Fans have noticed and are criticizing the still, saying that it is sapping away confidence that the film will actually capture the games with any level of authenticity.

Holland isn’t wearing an outfit that is traditionally associated with the treasure hunting hero, and Wahlberg’s Sully-stache is gone, replaced instead by his plain old Marky Mark face underneath. Some have even theorized that the mustache has been edited out in this shot, a la Henry Cavill as Superman, since we know Wahlberg did grow a mustache for the role. The only thing here even remotely recognizable is Tom Holland’s half-tucked shirt, though honestly it’s such a subtle detail it could have just as easily been a mistake as it was intentional.

Fans are understandably confused about the image, wondering just how well this adaptation will capture the games. “I would never guess it was Uncharted,” one said.

If someone showed me this without telling me what it is, I would never guess it was Uncharted…

“This is an incredibly generic photo,” said another. “Nothing that makes them look like Sully and Drake.” Still a few others have compared this image to National Treasure, Night at the Museum, and Jumanji.

Curiously, we’ve already seen promotional images that do a much better job of imagining Tom Holland as a young Nathan Drake. While there’s nothing that says Drake can’t change his clothes once in a while and the proof will be in how everything looks in motion—and if the actors can capture the characters they are portraying—this new still image isn’t instilling confidence in people hoping for an authentic adaptation of the games’ characters and style to the big screen. Tom Holland was previously quoted as saying he believed he made a mistake with how he portrayed Drake, and felt like he tried too hard to chase “looking good” and having a “cool moment” rather than naturally acting within the role. Only the film itself will really tell us whether or not that self criticism is justified or just the jitters of facing down fan expectations.

It’s unknown when Sony plans to release the first trailer for Uncharted. Releasing in February 2022, the Uncharted movie is intended to be a prequel of sorts to the game series, following the adventures of a younger Nathan Drake and Victor “Sully” Sullivan. Not directly adapting the story of one of the games allows the filmmakers some creative freedom to tell a new story, as well as giving fans an ample amount of surprises when they watch it for themselves.

What do you think of the Uncharted movie still? Is it being taken out of context, or do you think the film will fail to capture the essence of the games?

The post New Uncharted Movie Image Has Fans Questioning How Well the Film Will Capture the Games appeared first on PlayStation LifeStyle.

By World Games3 days ago0
PS4