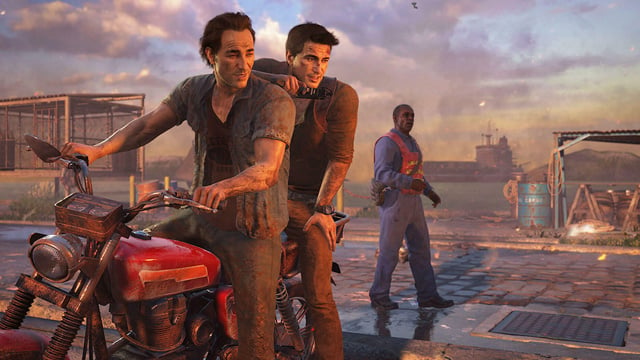 2022 was a big year for PS5 owners. A number of major console exclusives launched on the PlayStation platform this year, while several third-party developers also knocked it out of the part with huge releases across a variety of genres. But there can only be one Game of the Year 2022, so here’s PlayStation LifeStyle’s selection of our favorite games this year, including the one title that was a cut above the rest.

Uncharted 4: A Thief’s End and its standalone expansion The Lost Legacy received the current-gen treatment this year, boasting a number of PS5-specific additions that improved its performance and visuals. Naughty Dog fans may be impatiently waiting for Uncharted 5, but in the meantime, Legacy of Thieves Collection provided the perfect excuse to replay two of the series’ best entries.

Naughty Dog returned to what is arguably its magnum opus with The Last of Us Part 1, recreating the PS3 classic on the PS5 and making a number of changes to bring it in line with its 2020 sequel. Everything from enemy AI to player movement and audio design received an overhaul, modernizing it for a brand-new audience.

There were fewer experiences in 2022 more satisfying than nailing a level in Sifu. At just five stages long, Sifu may seem like a short game on paper, but the real key to success in Slocap’s beat ’em up is to master each of its stages until you can complete them while blindfolded. With incredibly smooth combat throughout its diverse, stylish environments, it’s not difficult to feel compelled to do so.

Ghostwire Tokyo transported players to a spooky open-world Shibuya, transformed into a literal ghost town thanks to the wandering denizens of the spirit world who have rendered its streets bereft of life. Ghostwire didn’t reinvent the wheel for open-world games, but just being able to explore its beautiful city was a real joy, as was its unique supernatural combat.

The world’s your skatepark in OlliOlli World, which combines the series’ addictive side-scrolling gameplay with a hub world ripped straight from Mario to provide its biggest, best entry yet. OlliOlli World deserved way more attention in 2022 than it received, as it took the most glaring issue with previous OlliOlli games — their uninspired visual design — and provided a pastel-coloured universe to grind across. This is a skateboarding game for the ‘lofi hip-hop beats to study to’ generation.

Gran Turismo developer Polyphony Digital really loves cars. This is evident throughout Gran Turismo 7, from the automobile history lessons you receive as you progress through its campaign, to the staggering attention to detail applied to each of its 400+ cars. GT7 is a petrolhead’s dream, and while its always-online gameplay and monetization ruffled a few feathers, there simply isn’t a more impressive racing game on the PS5.

Fewer game concepts are better than Horizon’s. A vibrant, overgrown world populated by robotic dinosaurs you take down with sci-fi spins on primitive weapons — what’s not to love? Developer Guerrilla Games didn’t mess with a winning concept, building on everything that made Zero Dawn great with Forbidden West — its world is even more gorgeous, its combat refined, and its character design second to none.

A Plague Tale: Requiem isn’t the jolliest adventure, but this bleak tale of a pair of young siblings navigating their way through a plague-infested France is one of the most gripping stories of the year. Its grim medieval world serves as the setting for one of the most beautiful games we’ve played, and with improved stealth that sees players cautiously navigating their way around enemies and hordes of rats, this is a sequel that improves upon its predecessor in every way.

God of War Ragnarok was the PS5’s 2022 blockbuster, a huge spectacle of a game that begins in the middle of a world-ending event and only ramps up the stakes from there. Continuing the 2018 reboot’s story of Kratos learning to be a good father despite his violent past, now the Ghost of Sparta and son Atreus must also contend with their destined future, all while the likes of Thor and Odin loom in the distance.

Every time you play Elden Ring, it feels like you’re telling a story. There’s so much to discover and explore in From Software’s open-world that even after hundreds of hours invested, you can still find new areas and enemies you didn’t even know existed. This is a game with unparalleled depth and is a true step up for a genre that is regularly accused of growing stagnant. It’s a modern classic in every sense, and a deserving winner of PlayStation LifeStyle’s Game of the Year 2022.