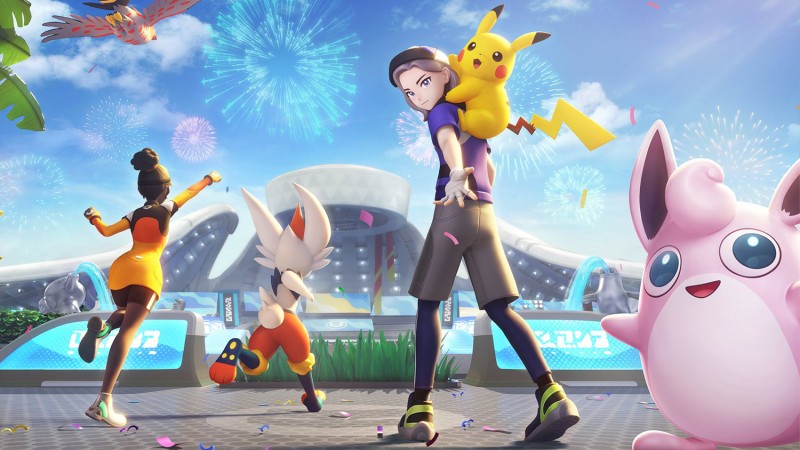 I know. You read the headline and came here to lambast me for my mediocre taste in video games. I get it, you’re skeptical. Even a few of my coworkers gave me weird looks when I told them I was eagerly awaiting Pokémon Unite, Nintendo’s new free-to-play MOBA that was released yesterday on the Nintendo Switch. The truth is, I can’t put this damn game down. It’s a genuinely fun MOBA with a pocket monster twist, and it’s probably better than you think.

What’s a MOBA, some of you might ask? Well, us cool kids call them multiplayer online battle arenas (not really), and they provide a distinct blend of PvP and PvE gameplay. In short, each player on a team picks a unique champion to control and then levels them throughout the match, starting from level one. Players gain experience points by eliminating AI minions, destroying enemy objectives, killing other players; and then they spend those points to unlock abilities and stat boosts until they have access to their character’s entire toolset at max level. All of this happens on a large map that is divided into multiple paths, often referred to as lanes, that each team vies for control of. Similar to team-focused games like Overwatch, team composition is really important for synergy and competitive advantage in MOBAs.

So why should you give Pokémon Unite a chance? Well, it’s a great starting place for players who have always been curious about the genre but have been put off by its traditionally difficult learning curve. In Unite, Nintendo takes the genre’s aforementioned format, simplifies it, and injects a heavy dose of Pokémon into the formula.

Battles in Pokémon Unite feature two teams of five Pokémon each. After picking their characters and items, players start the match on opposite ends of the map, to the east and west respectively. Then the team splits up. Typically, two teammates go to the top path, two fight it out on the bottom path, and one brave player ventures into the center of the map to defeat all sorts of wild Pokémon. Each team has two goal zones they must defend on each path while also defeating wild Pokémon to obtain Aeos Energy. Aeos is a resource that players gather and then slam dunk into the enemy’s goal zones. After depositing enough energy, the enemy’s goal zone is overloaded and destroyed, allowing your team to more easily push forward to the next part of the path. After 10 minutes, the team with the most deposited points wins the match. There are also smaller objectives in the form of wild Pokémon, like the legendary Zapdos, that pop up throughout the match and can be defeated for buffs and other competitive advantages.

The roster features over 20 playable Pokémon, ranging from fan favorites like Charizard and Gengar to more obscure picks like Cramorant and Crustle. Each character is grouped into one of five battle classes: All-Rounder, Attacker, Defender, Speedster, and Supporter. While there aren’t any elemental weaknesses like in the series’ normal installments, each character has unique stats, ability trees, and Unite Moves that make them distinct from one another.

Charizard, for instance, starts at level one as Charmander, then evolves into Charmeleon at level five, and then finally reaches its final form at level nine. The first two abilities you unlock are Flame Burst and Fire Spin, and then throughout the match, you can swap those out for Flamethrower, Fire Punch, Fire Blast, or Flare Blitz before finally unlocking Charizard’s ultimate Unite Move, Seismic Slam. I love experimenting with different pathing options and ability load outs from match to match. In some games, I’ll focus on making Charizard more of a ranged caster by picking up Flamethrower and Fire Blast, while in other matches I’ll play a bruiser role by choosing Fire Punch and Flare Blitz. Each ability shines in different situations, so it’s important to pay attention to which opponents you’re fighting to properly customize your Pokémon and counter them.

Despite my overall enthusiasm for Pokémon Unite, it certainly isn’t perfect. The game’s microtransaction systems allow you to purchase all sorts of fashionable cosmetics for your trainer, stylish Pokémon skins called Holowear, a Battle Pass, and more. This is all standard fare for free-to-play games, especially MOBAs, but unfortunately, The Pokémon Company and Tencent’s TiMi studios have dropped the ball by allowing players to purchase stat-boosting Item Enhancers. Before you close your browser and swear off the game entirely, it’s not as serious as it sounds.

First of all, every player can obtain these Item Enhancers by simply playing the game and unlocking the free battle pass tiers associated with them. Second, in-game items have a level cap of 30, so there are a limited amount of Item Enhancers you can pour into any one item. So is Pokemon Unite pay-to-win? Well, technically, sort of, I guess. But not really. The problem is that there’s a small number of Item Enhancers tied to premium battle pass tiers, so technically you could level up more items than someone who didn’t purchase the battle pass. Honestly, this mistake feels more like an oversight than a malicious act, and the competitive advantage is negligible so far. I’ve won 19 of the 25 matches I’ve played, and in most cases, I was our team’s MVP ­– all without purchasing any stat boosts. If folks on my team or the enemy teams have been trying to pay to win, it hasn’t been working. Despite this, I think the developers should remedy this issue by making all battle pass tiers associated with Item Enhancers free for all players. 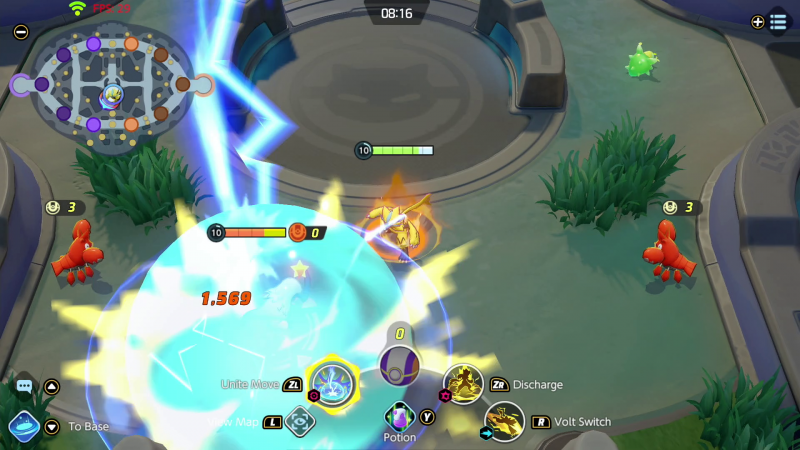 Since Pokémon Unite was released early yesterday morning, is has consumed my thoughts. I spent a large portion of my day and evening saying, “Just one more match,” and I’m sure you know how that story ends. Whether playing solo or with friends, I’ve had an absolute blast trying out new Pokémon and working alongside teammates to form powerful combat synergies. If you’re at all curious about MOBAs or are even just a big fan of Pikachu, Pokémon Unite is worth checking out.