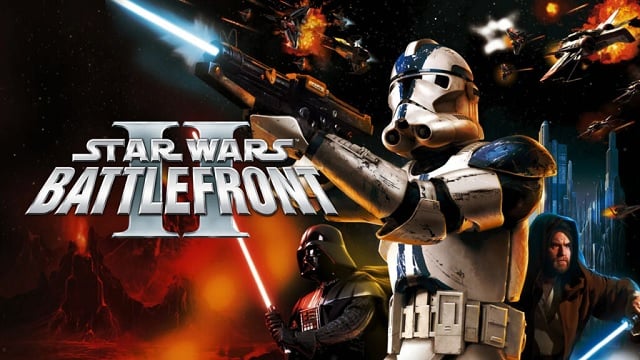 Star Wars Battlefront 2 on PSP looks like it is set to join the PS Plus Premium collection soon after the game made an appearance on the PlayStation Store. The game is currently listed as a PSP emulation title meaning it is highly likely to join the PS Plus Classics catalog and may well be one of the new games scheduled for this month.

The Star Wars Battlefront II PlayStation Store page states the Classics version of the game will be the 2005 PSP release that is “enhanced with up-rendering, rewind, quick save, and custom video filters.” The page disappeared almost as quickly as it appeared, but not before it was seen by Gematsu who verified the game will be made to run on both PS5 and PS4 consoles, unlike some of the earlier PS Plus Classics releases.

The store page did not offer a release date for the game but we think we’re safe to assume the game will be one of the new PS Plus Premium Classics due to be released on December 20. Sony is yet to announce any of the new PS Plus games for this month, although we do know there will be two games leaving the service: Assassin’s Creed Valhalla and Pillars of Eternity.