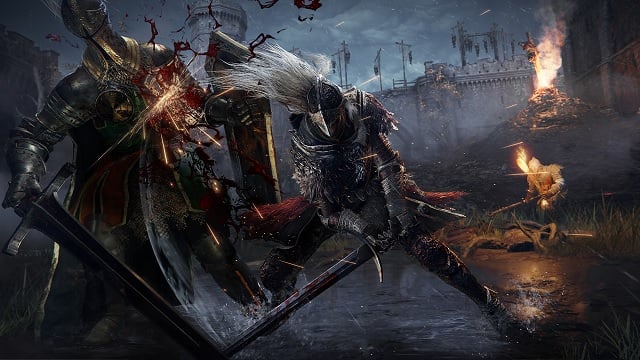 Open-world games are popular right now with plenty of players demanding that they’re kept occupied for many, many hours, the result being that the PSLS Game of the Year for this genre had plenty of competition in 2022. From Aloy’s latest battle against rogue machines in Horizon Forbidden West to becoming a mighty Elden Lord in Elden Ring’s The Lands Between, there’s something to suit all tastes and ages. Here are our top five open-world games.

Opinions on the blue hedgehog’s latest outing have certainly been divided, but we found a world that is pleasant to explore and can be a lot of fun. It’s certainly a step in the right direction for Sonic after some disappointing games.

With Batman dead, nobody was sure how a new batch of heroes would be able to fill his shoes. While performance issues initially plagued the game’s release, a series of patches has vastly improved the experience and make this open-world, action RPG a worthy romp through Gotham City.

All nine Skywalker saga films have been thrown into a single game that’s bigger and better than any of the LEGO Star Wars predecessors. The masses of content include over 300 playable characters, more than 100 vehicles, and 23 planets to explore in the downtime between the different storylines. Great for children and adults alike, this is a great game to play in co-op with friends and family.

Horizon Forbidden West improves on Zero Dawn in so many different ways. The huge sandbox has all manner of activities to keep players entertained and it is possible to wander around the beautiful world for hours. The story and combat remain high points for the series, while other features like traversal and side quests have been enhanced. Those who enjoyed Aloy’s previous adventures should definitely consider adding this one to the collection.

FromSoftware’s newest Souls-like game took everyone by surprise when its popularity trounced Horizon Forbidden West and propelled it into the limelight during the first months of 2022. Proving that many people are up for a challenge, millions of gamers have tried to become a mighty Elden Lord in the Lands Between with varying degrees of success. To keep players returning to the PSLS Open-World Game of the Year for 2022, the recent Colosseum update unlocked more areas and there is even more DLC promised for the future.

Do you agree with our winner for Best Open-World Game 2022? Share your thoughts in the comments below.