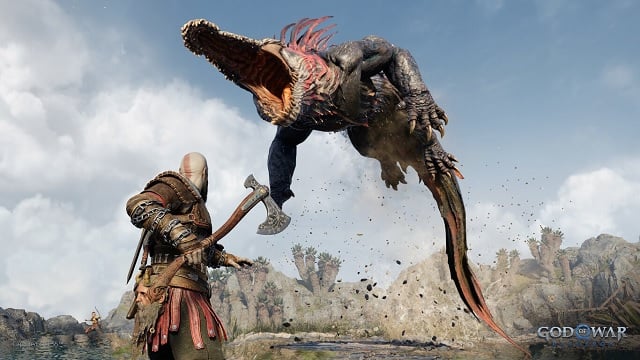 2022 is yet another year that proved naysayers wrong when it comes to single-player games. Alongside highly-anticipated sequels, players were treated to fresh entries like Cult of the Lamb and Sifu. Whatever your preferred genre, nothing beats the experience of being lost in a unique, sprawling world with a strong narrative and a stellar cast. Here’s the Best Single-Player Game of 2022 and the category’s runner-ups.

Cult of the Lamb is a unique rogue-like action-adventure game that fuses several genres to offer rewarding gameplay and combat experience.

Its premise, albeit somewhat disturbing, stands out. Gameplay is simple, yet challenging. Though some might find the fusion of genres overwhelming, once players come to grips with it, they’ll surprisingly find themselves lost in Cult of the Lamb’s darkness.

Sifu is a breath of fresh air in the beat ’em up genre.

Players are put in the shoes of a martial arts student in China, who is on a personal quest to avenge his father’s death. With over 150 attacks at their disposal, players get to kick their way through a vibrant world, engaging in merciless combat. The tale of revenge might sound cliché, but rest assured, developer Sloclap’s originality shines throughout Sifu.

Six months after Horizon Zero Dawn, Aloy returns as a seasoned warrior with a new set of skills and a fresh perspective on life.

But the threat to Earth is far from over. Machines are deadlier than ever, enemy tribes are smarter, and the Earth’s clock is ticking. Guerrilla Games ensured that Forbidden West is a step up from the original in every way – be it gameplay, narrative, or side quests. Its sprawling world is a joy to traverse.

Players would be hard-pressed to find AA games that parallel the quality and uniqueness of A Plague Tale: Requiem and its predecessor, Innocence.

There are no over complicated combat mechanics or narrative arcs to come to grips with. Requiem continues the story of Amicia and her brother Hugo as they take on the French inquisition with a simple goal: to live a peaceful life.

God of War Ragnarok wraps up the story that began four years prior with 2018’s hit game. It’s a beautiful, moving adventure that’s a fitting end to Kratos and Atreus’ Norse saga, complete with stunning Nine Realms that beg exploration.

Santa Monica Studio deserves to be commended for the story and world that it crafted, with an exceptional level of detail, variety of satisfying combat, and some of the best side quests in recent years. God of War Ragnarok is a fantastic sequel and an equally fantastic ending. When it comes to this year’s single-player games, it’s simply unparalleled.

What are your favorite single-player games of 2022? Sound off in the comments below.