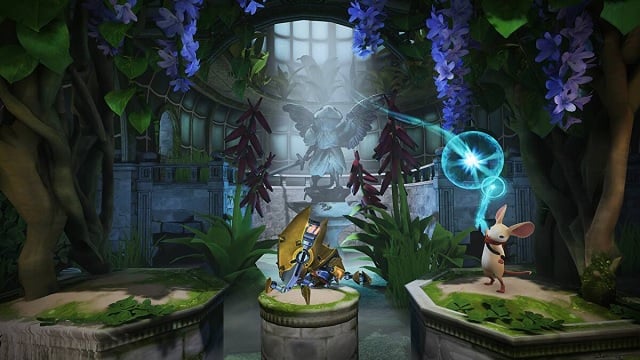 PSVR 2 free upgrades or upgrade paths will not be available for some PSVR games that are being updated for Sony’s upcoming VR headset. Today it was announced that Moss and Moss: Book 2 would be coming to PSVR 2, but developer Polyarc has confirmed that players will need to pay for the game again if they want to play the upgraded version.

Why will some PSVR 2 games not have free upgrades?

Moss and Moss: Book 2 are the first PSVR games to confirm there will not be a free or discounted upgrade path to get the game again on PSVR 2. According to Polyarc’s communications director Lincoln Davis, this is because:

The games are not set up as cross-buy for PSVR2 owners that previously purchased the PSVR versions of the games. It takes a lot of time and resources to properly bring titles like Moss and Moss: Book II to new platforms. And the majority of that time in this case was spent optimizing both games to feature updated experiences for players leveraging the new hardware technology.

We’re not expecting these two games to be the only ones to not have a PSVR 2 upgrade path. Of course, this is not completely out of the blue bearing in mind many PS4 games do not have PS5 upgrade options either. The good news is that some games like After The Fall and No Man’s Sky will have free upgrades when they launch in February.

The post PSVR 2 Free Upgrades or Upgrade Paths Not Available for Some Games appeared first on PlayStation LifeStyle.