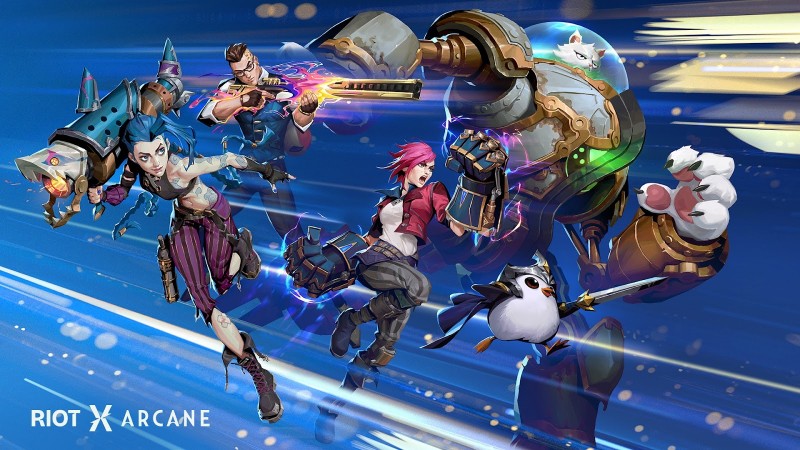 Riot Games is taking the whole month of November to celebrate its new Netflix animated series Arcane within all of its League of Legends universe games. The event dubbed RiotX Arcane starts today, with the official kickoff beginning on November 6 at the League of Legends World Championship.

This upcoming “Super Weekend” will include World Championship tournament play and the premiere of Arcane episode one at 5:30 p.m. Pacific on Saturday. It will be the first Netflix show to have a simultaneous debut on Twitch, which fans can watch on Riot’s page or co-streamed on other content creators’ Twitch channels. The remaining two episodes of Arcane will be released weekly on Netflix.

To commemorate Arcane’s premiere, Riot is releasing updates in all of its League-related games all month long, some of which are based on the new show. Here’s what Riot has cooking for players throughout November:

Fans can also check out this month-long narrative adventure from Riot, which can be found at The World of RiotX Arcane event hub. The story will advance throughout November and reward players with in-game goods. Twitch drops will also be in effect for those watching any of the Riot games above starting on November 7.

Will you be watching the premiere of Arcane this weekend? Are you looking forward to any of these new characters, modes, or skins being added to Riots games? Let us know in the comments!