Given its subject matter, it’s not surprising that Six Days in Fallujah can’t steer clear of controversy and criticism. First announced more than a decade ago, the game, which aimed to cover one of the most blood-soaked battlefields of the Iraq War, was met with such heavy pushback and negative criticism that Konami dropped it altogether. Re-announced last week with a new publisher and developer, Six Days in Fallujah is once again courting criticism and controversy, but the developer claims they are “not trying to make a political commentary,” despite centering a game around Fallujah, which has invoked political commentary for more than 15 years.

In an interview with Polygon, Peter Tamte, head of Six Days in Fallujah publisher Victura and person who’s been trying ot get the game made for 15 years, abdicated all responsibility for any political commentary that may come from the game. He claims the aim of the title is show the experience of the individual on the ground—whether it be a Marine or an Iraqi citizen caught in the conflict—and not to comment on the reasons for the war in the first place. He claims his is not to question the choices of policymakers, but to show how those choices impact the decisions that need to be made on the front.

“For us as a team, it is really about helping players understand the complexity of urban combat. It’s about the experiences of that individual that is now there because of political decisions. And we do want to show how choices that are made by policymakers affect the choices that [a Marine] needs to make on the battlefield,” Tamte said. “Just as that [Marine] cannot second-guess the choices by the policymakers, we’re not trying to make a political commentary about whether or not the war itself was a good or a bad idea.” 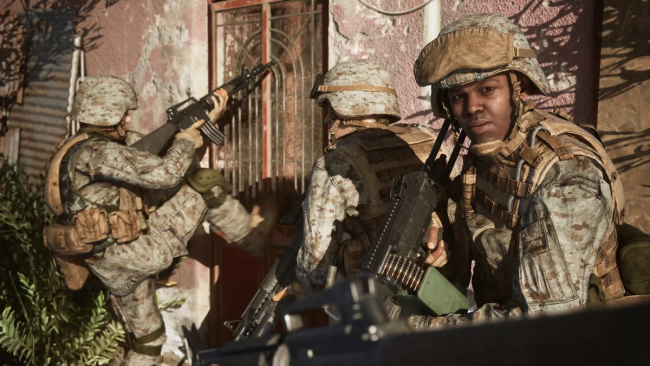 Prior to the Second Battle of Fallujah, which is the center of Six Days in Fallujah’s focus, Fallujah itself was already a melting pot of insurgent violence. There are a lot of questions surrounding the justification of the Iraq War in the first place, and the Second Battle of Fallujah in particular saw tactics used that constitute war crimes, including the use of white phosphorous and the indiscriminate murder of innocent civilians. In total, over 800 Iraqi civilians were killed and more than 100 American military members lost their lives in that battle alone.

But according to his interview with Polygon, Tamte isn’t interested in exploring the nuance of what constitutes a war crime, or even portraying things like the use of white phosphorous. He claims that he doesn’t want its inclusion to “distract” from other parts of the experience. “There are things that divide us, and including those really divisive things, I think, distracts people from the human stories that we can all identify with,” Tamte said. “I have two concerns with including phosphorus as a weapon. Number one is that it’s not a part of the stories that these guys told us, so I don’t have an authentic, factual basis on which to tell that. That’s most important. Number two is, I don’t want sensational types of things to distract from the parts of that experience.”

Still, regardless of its apparent whitewashing of any “political commentary” or putting a lens on the war crimes committed, Tamte thinks that Six Days in Fallujah won’t pull any punches in communicating the cost of war to the players. “I don’t think players are going to be confused about the cost [of war]. I just don’t think that they’re going to walk away from this experience going, ‘We need more war.’” Tamte said.  “I don’t think that’s something that the Marines and soldiers want as a message. I don’t think that’s something that the Iraqi civilians want as a message. I think people do need to understand the human cost of war.” Tamte says he wants the game to invoke a curiosity that will allow other players to do their own research and come to their own conclusions.

Highwire Games and Victura are using firsthand accounts of Marines and Iraqi civilians to paint as accurate a portrayal of the on-the-ground combat as they can. 90% of the game will focus on the US forces using tactical combat while the other 10% will weave a story of an Iraqi civilian trying to save his family and escape the city. The concern from many is that it will center too much on US forces playing the “heroes,” when they arguably shouldn’t have even been there in the first place and committed a number of atrocities and war crimes that Tamte apparently seems happy to omit. 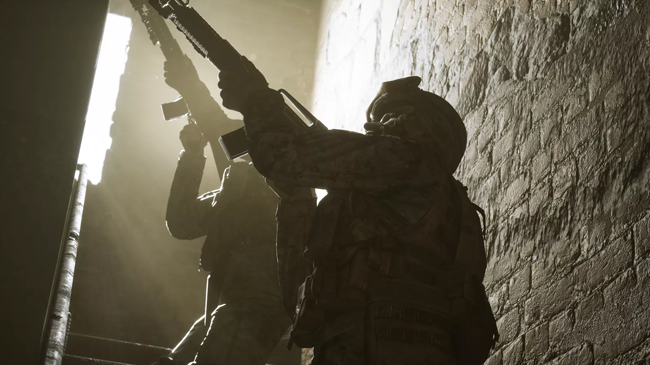 Six Days in Fallujah is not alone in criticism over politicization—and subsequent claims that it is not a political commentary. Ubisoft has repeatedly made games with overt political tones while claiming that their games are not making any kind of political statement. Call of Duty has similarly faced criticism from many over its portrayal of war as a fun and competitive game. However, what many of these other games don’t have is a focus on very specific real-world events, using fictional characters and storylines to tell their narratives, even if those narratives surround real events. Six Days in Fallujah is the opposite, aiming to supposedly be more authentic about one of the most controversial theaters of war in recent history, even as Tamte omits certain elements as “distractions.”

“The reality is that most people are not aware of the battle for Fallujah. And so, by talking about this battle in a game, we are helping people remember the sacrifice of some very specific people. So that’s number one. We share the same objective they have, which is, we don’t want their son’s sacrifice to be forgotten,” Tamte said. “But do I understand their caution about it? Absolutely. Absolutely. Because for most of those people, their only idea of a video game is watching somebody else play Call of Duty. Call of Duty is a sport, and if somebody made a sport out of the killing of my son, I’d be pretty upset. Our job now is to show people that we’re not making Call of Duty.”

While it’s certainly possible to do a game about the horrors of war (see Spec Ops: The Line, which used white phosphorous as a horrifying moment), trying to communicate that with any kind of weight is in and of itself a political commentary. Tamte’s comments about not wanting to make a political statement, omitting many of the atrocities committed by US forces (calling them “distractions”), and just in general creating a video game out of a harrowing reality doesn’t exactly create a level of confidence in Six Days in Fallujah’s ability to deliver the nuanced story it should.

Six Days in Fallujah is coming later this year to current and next-gen consoles and PC.

The post Six Days in Fallujah Dev Says They Are ‘Not Trying to Make a Political Commentary’ appeared first on PlayStation LifeStyle.