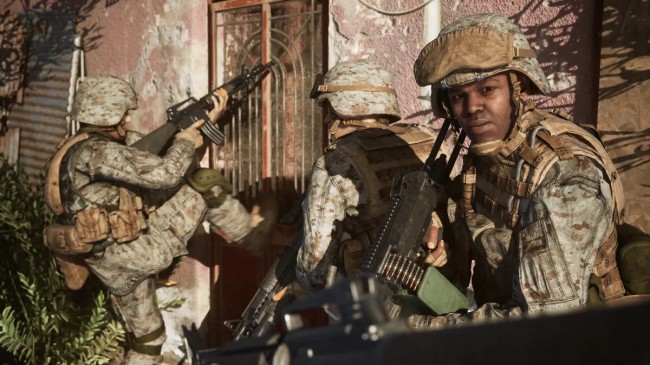 Six Days in Fallujah is a first-person tactical military shooter that allegedly depicts the true events of the Second Battle for Fallujah in 2004. Originally announced nearly 12 years ago for PlayStation 3 by Konami—as a much different game—it generated so much negative attention based on its controversial subject matter that it was dropped by Konami. Now the game is back under different leadership (Victura and Highwire Games) and it’s heading for consoles. However, no-one seems to have forgotten about that negative attention and a row has once again opened up about depicting controversial real life events in video games.


Highwire Games is now on development duties and the team includes Halo and Destiny veterans. The developer promises Six Days in Fallujah will be a completely new title that has nothing to do with the cancelled Konami game. The team has already spent three years working on the title with the aim of bringing “players closer to the uncertainty and tactics of modern combat than other video games have explored.” This involves personal stories, photos, and video recordings from more than 100 Marines, Soldiers, and Iraqi civilians who were present during the battle. These will be depicted in gameplay and documentary interview footage, and Highwire promises to tell these stories “with the integrity they deserve.”

The game has courted controversy since its first announcement in 2009, that time as a third-person tactical shooter. Originally described as combining “the action of a military shooter with the realism of a documentary film to create a new kind of experience that is both historical and engaging,” the game wanted to portray a realistic experience of the Battle of Fallujah from the perspective of a US Marine fire-team leader. As events were still relatively recent at the time—and the US military’s involvement in the battle is questionable at best—the title attracted a lot of negative attention, so much so that the game’s publisher Konami withdrew all support. Rumors circulated that Sony was considering publishing the title at one point, but it was too late. Developer Atomic Games later closed its doors and the game was quietly pushed aside.

New publisher Victura was founded in 2016 by former Atomic Games CEO Peter Tamte with the sole aim of finally releasing the game for PC and consoles later this year. Unfortunately the game has already drawn more negative attention with many criticizing the game’s controversial subject matter and that the grim realities of war, particularly events as blatantly controversial as this one, shouldn’t be glorified in video games. Several people, including ex-servicemen, are skeptical of the game’s intentions, claiming the game’s sole purpose is to recruit for the US army, especially as recruitment is at an all-time low. Despite initial reactions, Tamte has promised more news on the game will revealed in the coming weeks.

Overwatch 2 Is Getting Cross-Progression, and Account Merging Is Coming for the Original Game

Xbox Might Be Teasing Death Stranding for PC Game Pass

XIII: Get a First Look at the Remaster of the Disastrous Remaster