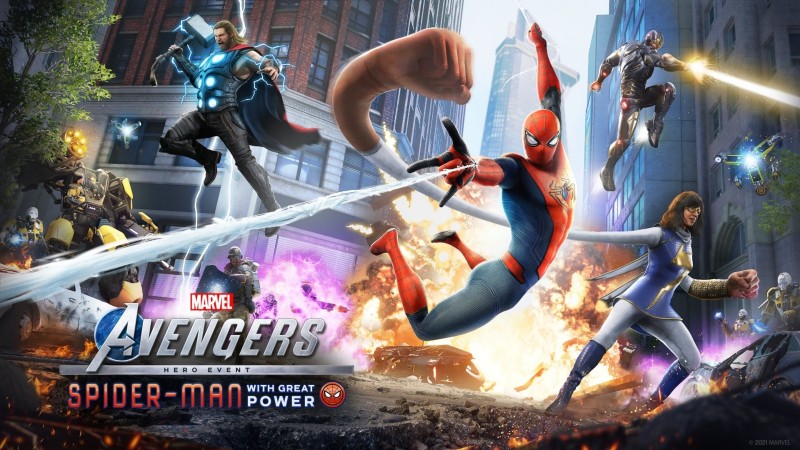 Spider-Man swings exclusively into the PlayStation versions of Marvel’s Avengers on November 30. Developer Crystal Dynamics finally gave us our first look at the wall-crawler’s design, as well as announcing a trailer set to debut tomorrow, November 11.

As you can see in the image above, Spider-Man pretty much looks like Spider-Man. He’s got subtle unique features such as a black grip on the gloves but he doesn’t look much different than his traditional design or what previous alterations have done. We’re not complaining; we’re happy to see Spidey in his familiar glory.

Spidey joins the fray via the free “With Great Power” hero event. Billed as neither an Operation (like Kate Bishop/Hawkeye) or an expansion (like War for Wakanda), it’s tough to know how big of an event this will be. The story focuses on Peter Parker uncovering a new threat and joining the Avengers to stop AIM from procuring dangerous, and mysterious, technology. Used to flying solo, Pete struggles with the dynamic of working on a team and we’ll see if he joins the Avengers full time or remains on his own by the end. Crystal Dynamics says the first trailer will premiere via IGN sometime tomorrow.

For non-PlayStation players, a big update also launches November 30 that adds a new four-player raid against Klaw, a power cap increase, and the arrival of the loot box-style Shipments. You can read more details about those additions and more here. You can also read about Square Enix’s disappointment in Avengers’ performance here.

What do you think of Crystal Dynamics’ take on Spider-Man? Let us know in the comments!