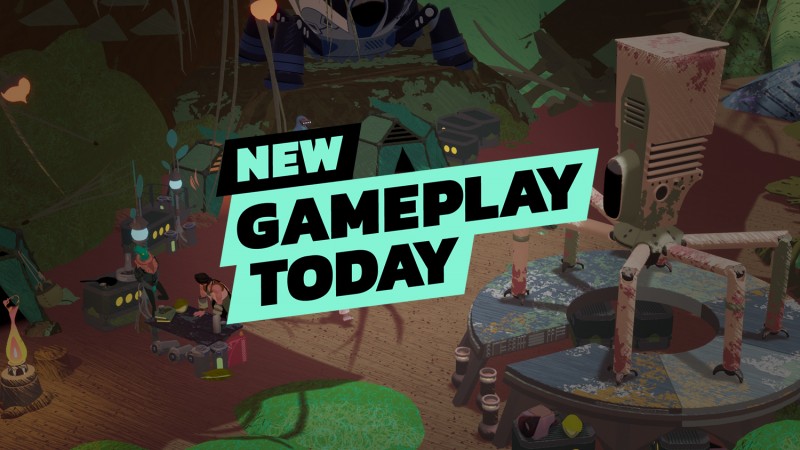 There’s beauty in indie games. A freedom to say yes to someone’s most outlandish and creative ideas and not be tethered to the confines of what’s come before. Flight School Studio’s new title, Stonefly, embodies that with its distinct art style and intriguing bug mechs that caught our eye when the game was first announced earlier this year.

Fans of beautiful games and New Gameplay Today are in for a treat, as we’re exploring Stonefly with none other than Adam Volker, creative director at Flight School Studio. Mr. Volker is taking our own Alex Van Aken and Marcus Stewart on a journey through Stonefly, showing off the platforming, combat, and beautiful world of the studio’s latest creation.

For those just learning of Stonefly, the indie title focuses on a girl named Annika who is off to collect a plethora of resources to build her own suit of bug armor and retrieve her father’s lost mech. On top of a gorgeously realized world filled with small creatures and a massive forest, Flight School Studio also wanted to take a unique approach with its combat. Instead of massacring bugs in order to stockpile resources, players will take the “Smash Bros Method” and push little insects off trees as they hop around and better customize their mechanical friend.

Are you excited about Flight School Studio’s latest indie title? You’re in luck because Stonefly is out now for PlayStation 5, Xbox Series X/S, PlayStation 4, Xbox One, Switch, and PC!

If you simply can’t get enough of New Gameplay Today, we have you covered. Be sure to check out our recent looks at both bigger titles such as Mass Effect Legendary Edition and Scarlet Nexus to more indie games like GetsuFumaDen: Undying Moon and The Wild At Heart! Thanks for watching and be sure to let us know what you think of the game in the comments below!