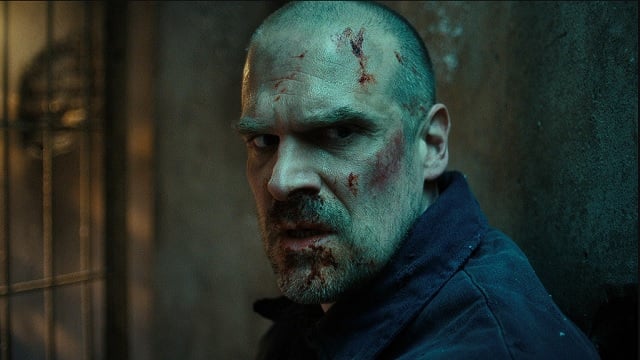 Actor David Harbour has revealed that he and Jodie Comer will be starring in a new horror game releasing in 2023. Slated to be the driving mentor in the upcoming Gran Turismo movie, Harbour is best known for his role as Officer Hopper in Stranger Things. Meanwhile, actress Jodie Comer has played the role of the popular Villanelle (aka Oksana Anatolyevna Astankova) in the TV series Killing Eve.

What new horror game could Harbour and Comer be in?

In an interview with FanNation, David Harbour revealed that he will be a part of another game:

I actually have one coming out. Me and Jodie Comer did a video game. That’ll be coming out… I think it’s next year. A horror game.

That said, the actor was tight-lipped on what this new horror game is. With the resurgence of the genre, we have multiple candidates for horror games coming out in 2023, like Alan Wake 2, the Dead Space remake, the Resident Evil 4 remake, and Directive 8020, which will continue the Dark Pictures Anthology series. There’s also Silent Hill F, STALKER 2: Heart of Chernobyl, and the Silent Hill 2 remake. So there’s a lot that it could be.

Actually, given Harbour’s experience with Stranger Things, he would be well-suited as an actor in a horror game from Supermassive Games, the developer for The Quarry and Until Dawn.

The actor also expressed interest in being a part of the next God of War game, since his friend and fellow actor Richard Schiff played Odin. Harbour once spiked a DualShock 4 into the floor while playing God of War, so he has a known history with the franchise.