The original Subnautica was an instant hit, as we explained in our review. Naturally, developer Unknown Worlds Entertainment wanted to follow up their success with a sequel, and nearly three years later we find ourselves at the release of Subnautica: Below Zero. With some actual land to explore, new creatures to discover, and new ways to die, is this a worthy follow up? Find out in our Subnautica Below Zero PS5 review.

The core mechanics of Subnautica remain in Below Zero. This is to be expected, especially when you consider that it started life as an expansion of the original. The player controls Robin, a scientist on a search for her sister who has been presumed dead. The precursor race from the earlier title plays a large role in the story, which can be progressed at a pace of the player’s choosing. This adventure takes place on the same planet as in the first game, 4546B, but in a different area which includes land masses around the crash site. Thus, in addition to watching health, hunger, and thirst levels at all times, players will need to monitor oxygen level while underwater, and exposure to cold when above water.

The Unity engine runs this deep-sea adventure, and is probably one of the best-looking games on the platform. The PS5’s extra horsepower helps the game to run at a decent click, and while ray tracing is not currently and likely will not be a feature in the future, the lighting is still fantastic as bioluminescent fish cause the rocks below to glow, god rays shine whenever the sun is overhead, and some plants even light the ocean floor. Still, one can’t help but feel that this is now a missed opportunity, since the current generation of consoles support this eye candy. Graphics options include a toggle in the options menu to either optimize frame rate or quality graphics. Most players will be happy with either option, and I preferred to play in quality mode because at 4K, the game really does shine. 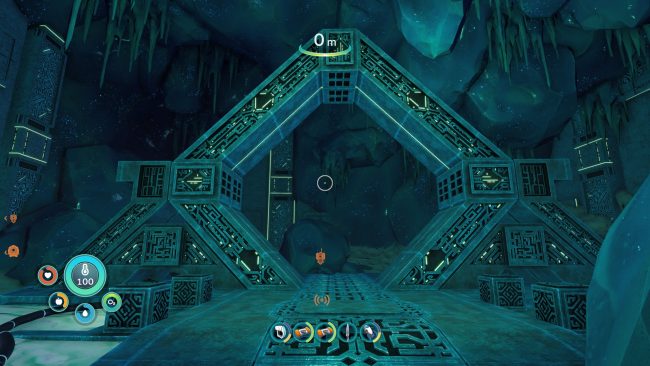 While vehicles can be built and used to move around underwater (and above land) more quickly than the player can move on their own, you wouldn’t be blamed if you wanted to take the scenic route. The underwater world is a beautiful as ever, though the near-constant roaring of nearby predators will remind you that death lurks at almost every corner of Below Zero. Most early deaths will be because players get too greedy with thinking they can track their oxygen levels, without taking into account that diving beyond certain depths reduces oxygen tank efficiency, at least in the early stages of the game. The penalty for death is losing a few items from the inventory, unless playing on Hardcore Mode which deletes the player’s save game. Probably best to leave that mode alone until and unless you’ve either played the regular Survival mode for a while, or have experience with the original. Or you’re a masochist.

Whereas Subnautica kicked your ass early and often with very little in the way of direction, Below Zero does a better job of guiding the player. An ever-present PDA is full of information from the get-go, but some scripted events set up waypoints that present a problem to the player that can be solved at their leisure. There are even some creatures that can potentially help the player out, if the player can figure out how. That being said, if you’re expecting hand-holding, Below Zero doesn’t do much of that. You are mostly thrown into an ocean and expected to sink or swim. If you can make it past the first few hours and deaths, then things start to make sense and before you know it you’re brewing coffee while jamming to some tunes you found, playing on a jukebox in a multipurpose room you built, while awaiting a long-range scanner’s results in the other room. There are a lot of interesting devices to build, and plenty of ways to customize your base (or bases). 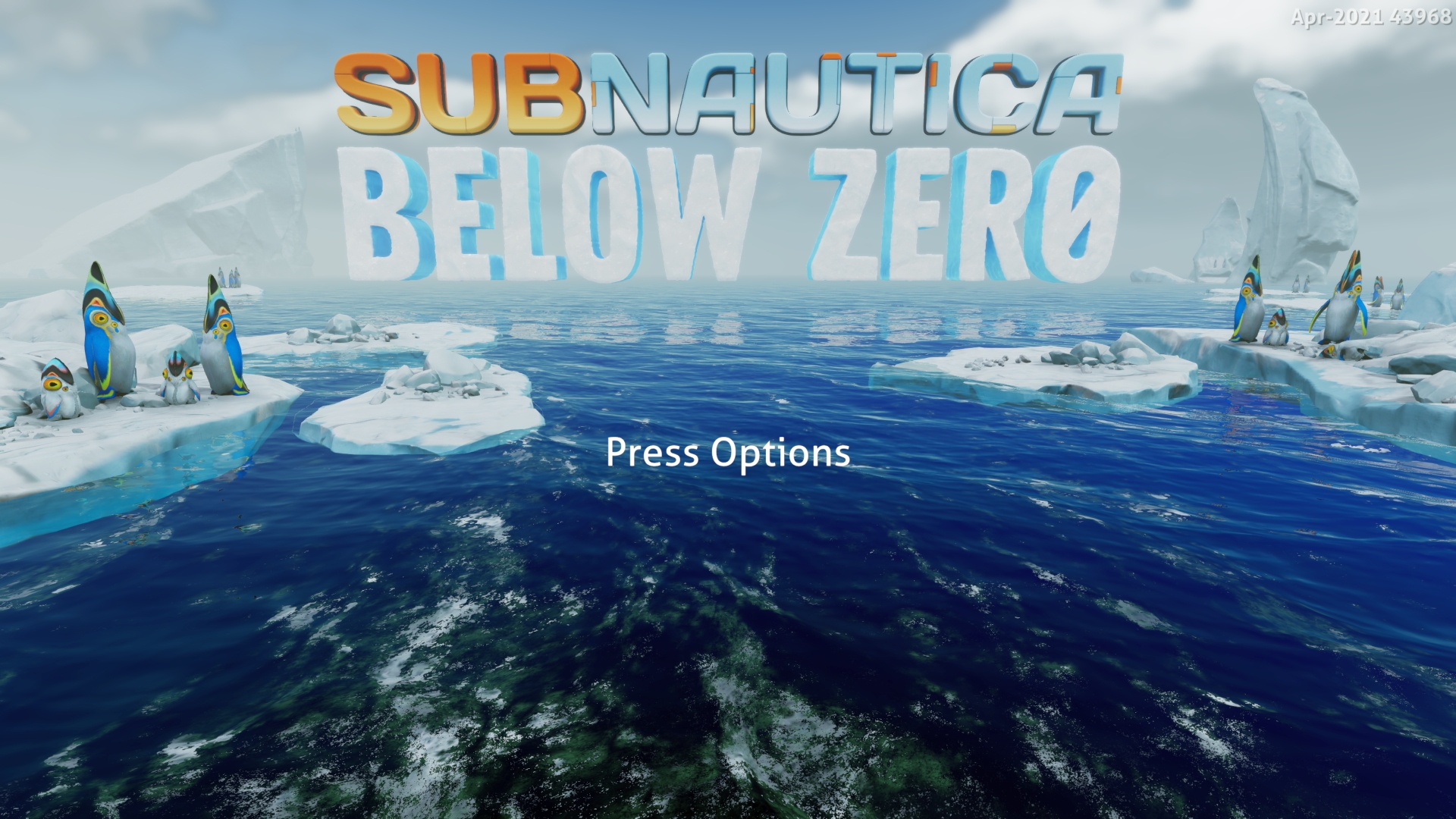 Being a large, open-world exploration game, Below Zero has a lot of assets to spin up, and this is the first PS5 game I have seen with a lengthy loading screen. Of course, “lengthy” is relative with the onboard SSD – the game still loads in well under 30 seconds from the title screen, and after that there are no other loading screens except upon the player’s death. Texture pop-in is non-existent, naturally owing to how much quicker the SSD is compared to traditional hard drives. The result is a more immersive experience than before.

The DualSense controller is used lightly in Below Zero. The adaptive triggers are used with some tools that the player crafts, while vibrations feel pretty standard. The controller’s speaker can also be used to play the audio files contained on PDAs found throughout the game, though this is an option that the player can opt out of. It did confuse others nearby when my controller started talking, which was good for a laugh!

Subnautica: Below Zero will grow on you, if you give it time. While the beginning hours aren’t nearly as rough as the last time around, a dedicated session or two of several hours is essentially mandatory before the adventure really starts to open up. After that, though, the sense of exploration is fantastic, the story is engaging, and the views can be spectacular. Fans of Subnautica should pick this up as soon as they can, and anyone else interested in exploration-style games should also give it a shot. Subnautica: Below Zero continues in its predecessor’s footsteps in all the right ways, with some additions that help make the adventure more accessible. You’ll be glad you took the plunge.

Subnautica: Below Zero review code provided by the publisher. Version 1.010.001 reviewed on a PS5. For more information on scoring, please read our Review Policy.

Insomniac Hiring for a Multiplayer Project, Including a Creative Director, Story Lead, Systems Designer, and More