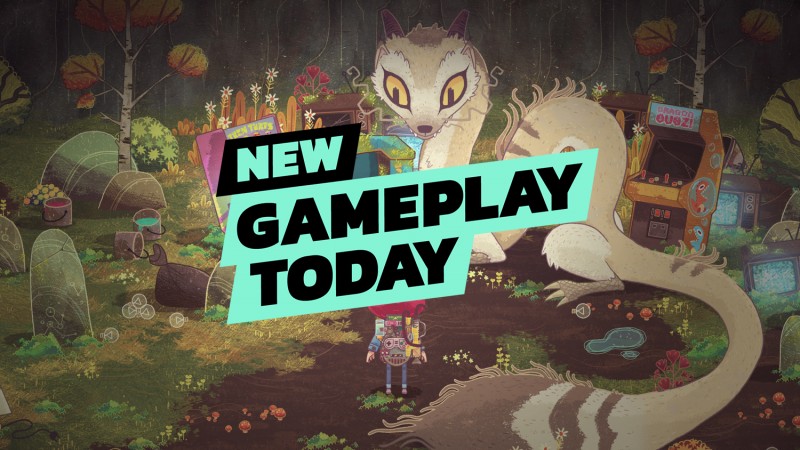 The Wild At Heart is an adventure game about two kids, magical creatures, and adventure. The game starts as a young kid named Wake prepares to run away from his troubled home environment. After packing the essentials, PB & J sandwiches and his handheld “Game Bun” gaming system, Wake runs off into the woods behind his house, quickly gets lost, and finds himself in a magical woodland realm called The Deep Woods. Sounds like an interesting premise for an adventure game, right? If so, be sure to watch this exclusive episode of New Gameplay Today, during which Alex Van Aken, Ben Reeves, and Moonlight Kids’ Co-Founder, Chris Sumsky, show off the game’s first 20 minutes.

The Wild At Heart doesn’t waste much time before showing off its Pikmin-derived inspirations, giving the player command over magical Spritelings that can collect loot, attack enemies, remove obstacles, and build new paths through the environment. When combined with Wake’s super-powered vacuum gadget, the Gustbuster, the player can uncover hidden objects, recruit new Spritelings, open locked gates, and a lot more.

You won’t have to wait long before playing The Wild At Heart since the game releases on May 20, 2021 on Xbox and PC. For more information, check out the game’s official website. If you enjoyed this episode of New Gameplay Today, be sure to subscribe to the Game Informer YouTube channel and catch up on previous episodes here.

Mass Effect Legendary Edition: Should You Go Paragon Or Renegade?